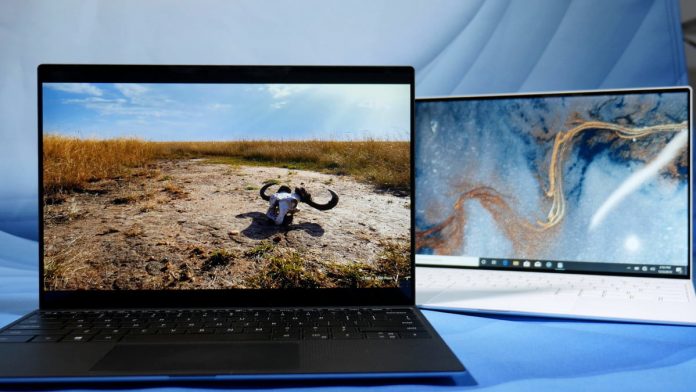 When you’re on top of the world, you have every reason to play it safe. That’s where Dell has been for the past few years with its XPS laptops. Its bezels were trend-setting when they first launched, and with each iteration, Dell inched the design toward perfection.

But where’s the innovation? Where’s the pioneering spirit that led to the radical design of that initial XPS 13? Where’s the risk-taking?

Dell has seeded its most important changes into its 2-in-1 devices, which don’t carry the burden of being a flagship device. They are free to be carefree experiments, much like the recent XPS 13 2-in-1.

With the new XPS 13 9300, those improvements have made their way to one of the most popular laptops ever made, and it’s better for it.

It starts with the screen, which now comes in a taller 16:10 form factor. 16:9 has, for better or worse, long been the default aspect ratio for laptop screens. But as bezels get thinner, space shrinks in the chassis for bigger batteries and improved thermals. That’s a problem, hence the popularity of 3:2 screens from the likes of Microsoft, Huawei, and Google.

16:10 feels like the balanced option for both screen and chassis size. It might just be because it’s always been the MacBook’s choice, sure. But it also feels comfortable for this size of laptop, providing plenty of room to see your content and a higher resolution than standard 1080p. Good choice, Dell.

The screen features a narrower chin bezel than the previous model, as if they weren’t thin enough already.

HP has recently moved its 13-inch HP Spectre x360 to an OLED panel, which is a brighter, higher-contrast panel technology. Dell currently only uses for its XPS 15, but I’d like to see OLED 4K screens on the XPS 13 in the future. But this lower-resolution 1,900 x 1,200 panel is a step above most 1080p offerings from other companies. When I tested it on the XPS 13 2-in-1, it was the brightest and most color-accurate screen at this price.

The screen features a narrower chin bezel than the previous model, as if they weren’t thin enough already. Up top, Dell managed to squeeze in an IR camera for Windows Hello facial recognition. The result is a laptop lid that truly looks all-screen from the front, while leaving enough room for a comfortable glass touchpad below.

The best of both keyboards

A redesigned keyboard also makes an appearance. The keycaps are larger, stretching edge-to-edge across the deck and filling in space between each key. It’s a beautiful keyboard, especially in white.

Unlike the XPS 13 2-in-1, it types beautifully, too. Dell could have thrown in the same “mag-level” keyboard as the 2-in-1, which has an ultra-low travel, butterfly-style mechanism. Instead, following Apple’s lead, Dell retreated to a more conventional rubber dome with exactly 1mm of travel. The result is a delightful typing experience.

The edge-to-edge keyboard does have a downside, though. It hasn’t left much room for ports. Just two Thunderbolt 3 ports (and a Micro SD card slot) flank each side, which is down a USB-C port from the three the previous XPS 13 had. That’s the price you pay for the new keyboard and thinner profile, which can no longer fit an extra USB-C port further down the walls of the chassis.

A stronger and more powerful laptop

XPS laptops are known for their carbon-fiber weave on the keyboard deck and palmrests, and a thinner layer of aluminum on the lid and bottom cover. The new XPS 13 bulks that up with more aluminum and ups the bling with a diamond-cut edge. Again, that’s a trait brought over from the XPS 13 2-in-1.

You also gain Intel’s new integrated Iris Plus graphics, which add some much-needed graphics chops to this tiny laptop. Basic 3D games shouldn’t be a problem, but keep expectations in check. You won’t be playing modern games at 60 frames per second.

The Intel ‘Comet Lake’ processors in the previous XPS 13 offered the option for six cores, and that extra power helped in tasks like video editing. That’s a loss. When asked about it, Dell insisted that most customers weren’t looking to a laptop of this size for that kind of power. Given how hard it is to parse through Intel’s marketing, I tend to agree.

I don’t expect the XPS 13 to suffer any loss in battery life, though. Dell still claims a whopping 19 hours in productivity apps in the base model, which hasn’t changed from last year. I’m expecting closer to 11 or 12 hours based on my previous tests on the system, though I’ll need to get my hands on it for longer to get a good idea of battery life.

The best features of the new XPS 13 come from the 2-in-1. There’s no doubt about that. From the looks of it, Dell knew which to bring over and which to leave behind.

The new XPS 13 starts at $999 and will be available to purchase on January 7. 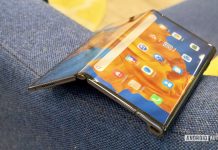