We’re a bunch of nerds and avid video game lovers. Console wars aside, we love both Xbox and PlayStation, and we want to show you what makes each so great.

Most powerful console on the market

The Xbox One X arrived on the market at a time when Xbox was heavily critized for being underpowered. Thanks to a big GPU boost, it now holds the title of being the most powerful console currently on the market, capable of rendering games at 4K resolution and 60FPS.

The PS4 Pro certainly holds the better reputation and has more (and arguably better) exclusives, but it is less powerful than the Xbox One X. Despite that, it is still capable of rendering games at 4K resolution and 60FPS as well, albeit less frequently.

The differences between each console run much deeper than merely cosmetic. Not only are their specs different, but each supports its own exclusive games and programs.

What these features mean to you

It’s easy to be confused when looking at the specs of each machine. CPU? GPU? What do those even mean to the average consumer? We’ll break down how they affect your gaming experience and the importance they play.

To make this as simple as possible, the CPU (central processing unit), GPU (graphics processing unit), and RAM (random access memory) all dictate the console’s power and performance, meaning they affect how well games run and look. Without these, the system cannot function.

The CPU can be thought of as the console’s brain, processing countless calculations to get the system up and running. The GPU, as its name suggests, creates and renders the images and videos that you see on your display. RAM stores the data and memory that is currently being used by your system.

To make it even more simple: bigger numbers (when measured in the same units) are better in this regard. The bigger the number, the faster and more reliably it can process. When playing a video game, time means everything. The quicker it processes information, the smoother your overall experience. 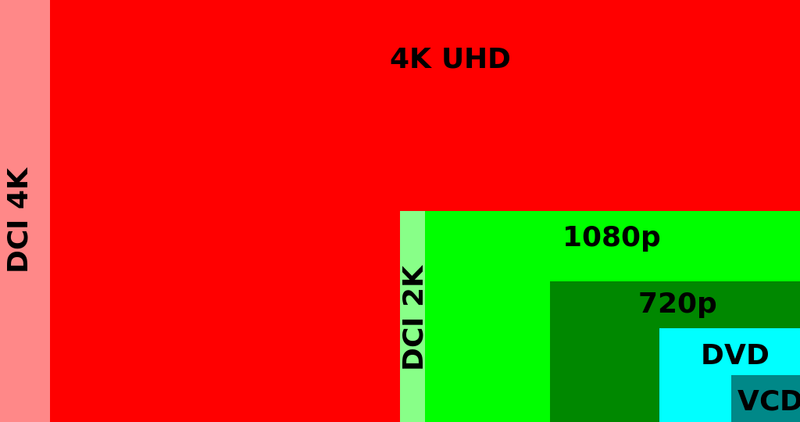 Images are made up of thousands of small pixels. If an image has a higher pixel count, that means it is clearer and more crisp, visualizing more details. 4K images are considered ultra high definition at 3840x2160p (pixels), while normal high definition images are 1920x1080p. At a normal aspect ratio of 16:9 (a widescreen format), 4K images have 4 times the amount of pixels on screen than a 1080p image.

Though both consoles can render games at 4K resolution, the Xbox One X does so more often natively, meaning that the images are not checkerboarded. The PS4 Pro uses checkerboard 4K rendering more often. Checkerboarding means that the PS4 Pro will render only half of an image and then extrapolate that data to render the other half at a higher resolution to give the final image the illusion of being 4K. Instead of each pixel being a square, they are rectangles in the checkerboarding technique that the PS4 Pro uses. Native 4K is a crisper image, but it’s quite honestly hard to tell the difference between checkerboarded and native 4K for most people as they are nearly identical to the human eye, especially when playing a fast-paced game. 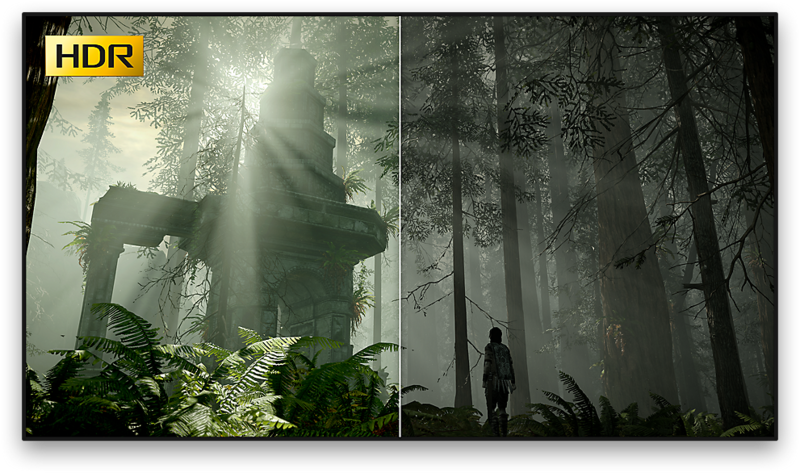 Both consoles can supersample a 4K image, scaling it down on a lower resolution screen to give players the benefit of viewing a sharper image, but the Xbox One X does so by default. On PS4 Pro, you need to enable its supersampling mode in the settings.

Xbox One has a growing catalogue of Xbox 360 and original Xbox games that are backward compatible, meaning they can be played on an Xbox One simply by popping in your old disc. The PlayStation 4 does not have such a feature. Though its paid streaming service PlayStation Now gives players access to older PS3 and PS2 games, you’re still paying for them through the service. You can’t dust off an old game you already own and play it on a PS4 like you can with the Xbox One. The catch for Xbox One is that not every game is backward compatible, but new games are added frequently to the list of titles that are, and they include some of the most popular Xbox 360 and original Xbox games. 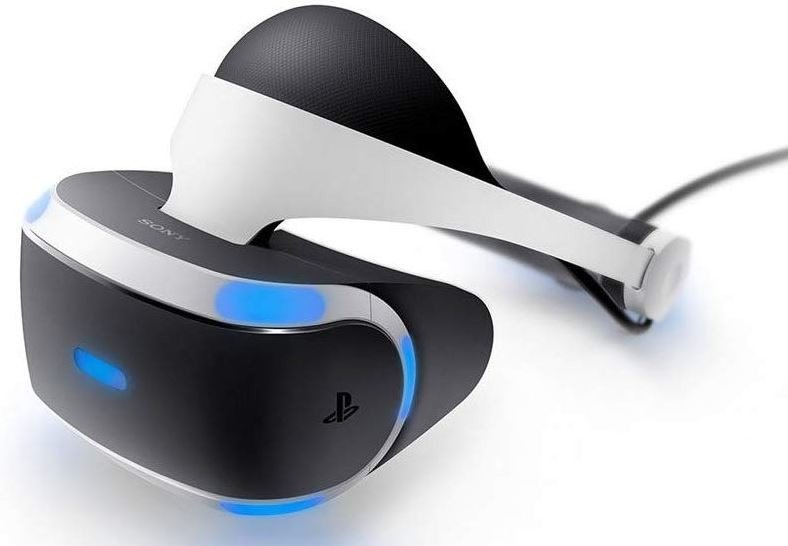 When the Xbox One X was first introduced (under the name Project Scorpio), it was marketed as being able to support virtual reality experiences. Though it technically has the capability of supporting them, VR has yet to come to the console. On Sony’s side, the PS4 has its own dedicated PSVR headset with a catalogue of virtual reality games to choose from.

Virtual reality may make its way to Xbox in the future, but as of right now, PlayStation is firmly beating out the console competition in that regard.

Xbox and PlayStation technically have their own “Netflix for games” services called Xbox Game Pass and PlayStation Now, but Xbox’s beats PlayStation’s out of the water simply in quality, content, and ease of use.

For $10/month, Xbox Game Pass allows players to download and play a catalogue of hundreds of games, including the newest Xbox exclusive releases, which launch into the service the same day as their global release at retail. Don’t want to pay $60 for a brand new Xbox exclusive game? Pick up Game Pass for a month. Simple solution. And because the games download directly to your Xbox, you don’t need to worry about subpar internet speeds getting in the way of your enjoyment.

Xbox also offers the ability to bundle Xbox Game Pass with your Xbox Live subscription, charging $15/month for Xbox Game Pass Ultimate. It’s an incredibly affordable and easy method to not only stay connected, but also keep up with the latest games. Thanks to how frequently Microsoft updates Game Pass, and how they’ve promised to continue doing so with some of the biggest titles launching in the future, it’s a no brainer if you’re an Xbox owner or looking to pick one up. 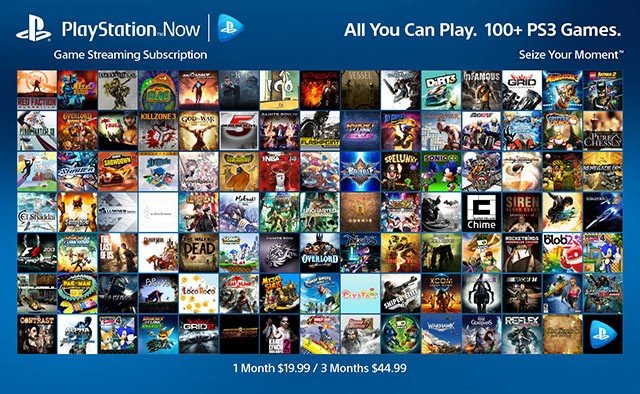 PlayStation Now, which also costs $10/month, is a streaming service, which can also lead to less reliable connections and greater lag. Buffering is already an annoyance when watching some of our favorite television shows on Netflix, but if you’re playing a game with input lag because of slow internet speeds, it becomes nearly impossible to enjoy at times.

What about Xbox Live Gold and PlayStation Plus?

Comparing each system’s premium online subscription service, Xbox Live Gold versus PlayStation Plus, is a whole other beast, but there are a few key differences and similarities that you’ll want to know about before deciding which console is right for you.

In terms of similarities, both services cost $60 a year, offer a few free games each month (with PS Plus edging out Xbox Live Gold in terms of monetary value), grant members larger discounts on games, and enable the ability to play online multiplayer. The quality of the online multiplayer, however, differs.

While the PlayStation Network has a larger playerbase, Xbox Live is reported by the IHS Markit in an independent study as being more stable and faster, therefore making it a more reliable place to play.

Normally this is where we’d recommend one product over the other, but there isn’t necessarily a clear winner here. Objectively, the Xbox One X does have more power to run games at higher frame rates and resolution, but whether you care about that is entirely subjective. A lot of people are perfectly fine with playing a game at 1080p as opposed to 4K. The PS4 has more — and arguably better exclusives — but whether they suit your tastes depends on your preferences for single-player or multiplayer experiences.

If you want the best looking games with some tasty incentive programs — like Xbox Game Pass and backward compatibility — the Xbox One X is the way to go.

More exclusives at a lower cost

For a reliable virtual reality machine with its own dedicated headset and a catalogue of quality exclusives, it’s hard to pass up on a PlayStation 4 Pro.