This Samsung 240Hz gaming monitor is insanely good — and just $300 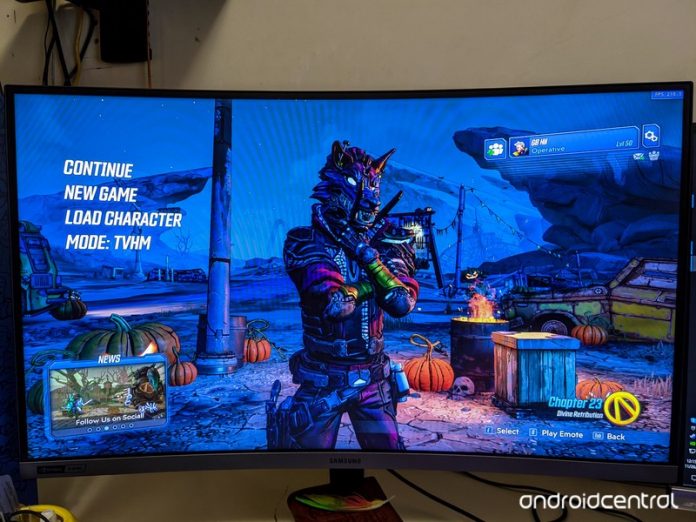 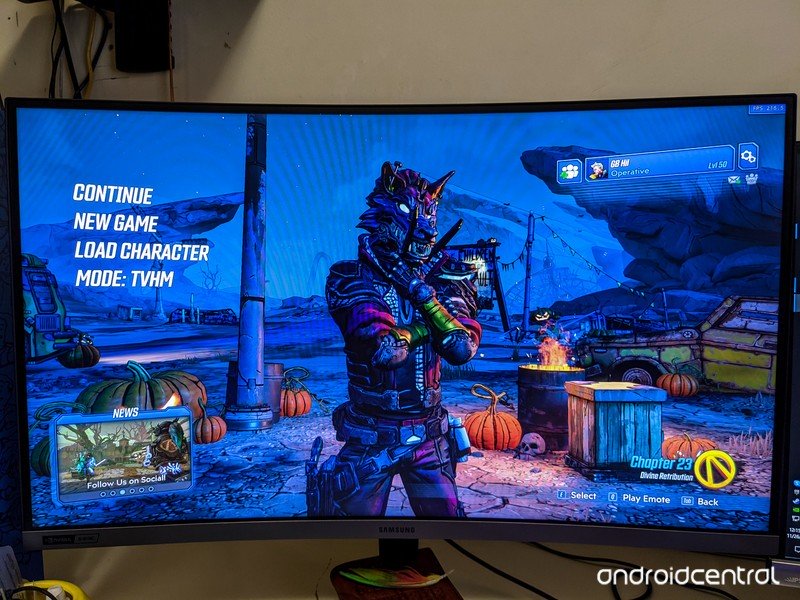 Gaming has never looked better and it’s great for work, too.

I’m in front of a computer screen for too many hours every day. I’ve stared into plenty of screens, and haven’t found one I like as well as Samsung’s curved 240Hz CRG5 Gaming Monitor.

And as it turns out, using it for writing or social media-ing or photo editing is really great too. This one’s an all-around winner, folks.

Samaung has a winner Bottom line: If you’re looking for a curved monitor built for 1080p gaming and want the best response time, the deepest blacks, ultra-high contrast, and sick framerates, this one is built just for you. It’s also really nice to use for boring stuff like working for a living, too.

What I love about the Samsung 240Hz CRG5 Gaming Monitor I spend a lot of time in front of a computer staring into a screen. Not only do I work using one, but I’m also an avid PC gamer. This means a good monitor is a necessity and I’m always on the lookout for a great one.

Samsung sent me its Samsung 240Hz CRG5 Gaming Monitor (model number C27RG50FQN if you’re into every minutia when it comes to PC parts and accessories like I am) to test and I think I’ve found my holy grail. Yes, I love it that much.

It’s not huge. I usually use two 29-inch ASUS monitors at my desk which I also searched high and low to find what works best for me, and this 27-inch curved monitor seemed a little small when I was unboxing it and setting things up. I was worried how much difference going back to a single monitor — the Samsung sits a good 2-inches higher than my current setup and my ADHD wasn’t about to even try it — but I cleared a spot, plugged in the included Display Port cable and fired everything up.

I’ve tried more than a few other gaming monitors, both curved and flat, and this one ticks my boxes like no other has.

In a word, it simply wowed me. And this was before I ever tried a game. My desktop background was blacker where it should be black, whiter where it should be white, and vivid as hell anywhere there was a splash of color. Like all monitors worth their salt, there are several different display modes and the “RPG” setting was lovely for “normal” computer things.

Then I decided to play a few games and the monitor that looked great for regular stuff blew my doors off. My gaming rig is pretty standard for one built in 2019. At its heart is an MSI branded Nvidia RTX 2080 ti that I bought so I could play games in 4K. As it turned out, I still mostly game at 1080p because (when a game allows it) 100+fps with high or ultra settings on a good 1080p display is better than “good” settings in 4K for me. Live and learn, I guess.

I’m a gamer who spent too much money on a video card. This monitor makes it worth it.

As it turned out, a 240 Hz monitor that’s GSync enabled — “tuned” to prevent screen tearing and picture anomalies when used with an Nvidia graphics card — is the best. Racing games feel faster, FPS games allow for more precise (and far less forgiving) aiming, and action games that can be heavy on the “visual pollution” like Borderlands 3 look beautiful at insane framerates. If you’ve played Borderlands 3 (my current favorite game of the week) you know how busy all the explosions and fire and smoke and general mayhem in the background can be. Playing it at 200 fps is still busy, but it’s beautifully busy and not screen-stuttering busy.

When it comes to day-to-day use like writing reviews about monitors for work, Samsung’s curved 27-inch CRG5 is great. When it’s time for gaming, it’s damn incredible. I’m not 100% sure about one of the CRG5’s biggest features just yet: the curved display.

I’m a dual monitor guy because I also work at my PC and only have one desktop. I can imagine a setup where two curved monitors wrap around in some sort of loving embrace, but I can also imagine it could be terrible. That’s something a little personal, but you do need to know this thing is noticeably curved like most other curved displays.

The stand is big and stable. Maybe too big but definitely stable enough.

I’m also not very keen on the stand. Everything goes together easily and seems sturdy enough — I have tried to tilt the display too far and break things because I need to know if things break so I can tell you. Nothing breaks and everything stays in place as was designed. But the legs are a bit wide and take more desk real-estate than I prefer. While I would rather play games in 1080p until Nvidia produces another card that can run things in 4K at ultra settings, still have high framerates, and won’t require selling a kidney, I sort of wish it was present. 4K is just more future proof, you know? The 16:9 27-inch screen is beautiful and I can stare into it all day and half the night without getting a headache but I want everything because all spoiled gamers want everything.

I’d love to see some USB ports and “decent” speakers, too.

Since I’m being that entitled gamer, I’d also like to see a USB port or two that I could plug any of the million USB powered gadgets every gaming rig tends to have and a decent set of speakers built-in. There is a headphone jack and the sound is what you would expect when using HDMI, but monitor speakers make for a great night-time fallback when you don’t want to wake anyone.

Should you buy the Samsung 240Hz CRG5 Gaming Monitor? If you’re looking for a great gaming monitor, use a late-model Nvidia graphics card and don’t want to take out a second mortgage, the answer is YES.

It’s everything advertised and more and stands toe to toe with other gaming monitors that are double the price. Samsung makes some of the best small displays in the world, which is why companies like Apple and Google source their screens from Samsung. I’ve come to realize that Samsung also makes a damn great 27-inch display and would recommend it to anyone. Including you.

The Samsung 240Hz CRG5 Gaming Monitor is the best monitor I’ve found for 1080p gaming, especially if you can take advantage of the GSync feature. Your eyes will thank you for the great quality while doing those regular computer things, then pop open when you fire up your favorite game.