Motorola is delaying the new Razr because of overly high demand 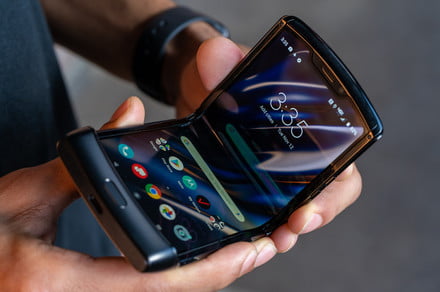 It looks like we’re in for a second round of foldable phone delays. Motorola has announced that the launch of the new Motorola Razr will be delayed. According to the company, the delayed release is thanks to higher-than-expected demand. Basically, the company says that demand is now expected to be so high that it needs to delay the start of pre-orders. Originally pre-orders were set to begin on December 26.

“Since its announcement in November, the new Motorola Razr has received unparalleled excitement and interest from consumers. Demand has been high, and as a result, has quickly outgrown supply predictions,” said the company in a statement emailed to Digital Trends. “Motorola has decided to adjust Razr’s presale and launch timing to better meet consumer demand. We are working to determine the appropriate quantity and schedule to ensure that more consumers have access to Razr at launch. We do not anticipate a significant shift from our original availability timeline.”

Of course, delays due to higher demand are certainly better than delays due to faulty design. When Samsung first announced the Samsung Galaxy Fold earlier in the year, it sent out review units — many of which quickly broke or had other issues, usually related to the display. Samsung recalled those review units and delayed the consumer launch of the phone — finally launching it to the public in September. Hopefully, the Razr won’t suffer the same fate.

Generally, excitement for the new Razr has been high. The device offers a modern take on the classic Razr, including a similar outer design and a foldable display in the middle. Of course, availability is a little limited by Motorola’s partnership with Verizon. Verizon is the exclusive launch partner of the phone, though it will be available from Walmart too. Because of the fact that other carriers aren’t selling the phone, Motorola likely won’t sell as many units as it may have otherwise.

We’ll have to wait and see exactly how long it takes for the Motorola Razr to reach customers. Motorola is quick to note that the time should be minimal, so we expect to hear more about the launch of the device within the next month or so.