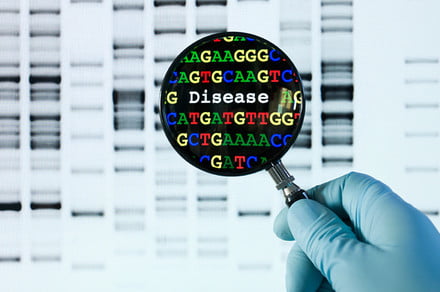 Chinese scientists are using blood samples to try and recreate images of people’s faces, according to a new report by The New York Times. This experimental technology, called DNA phenotyping, is currently in the early stages of development, but can already produce approximate images that are considered good enough to narrow investigations or eliminate suspects.

It works by analyzing genes looking for traits including skin color, eye color, gender, and ancestry. This makes it possible to theoretically develop profile images using something more scientifically rigorous than the memory of an eyewitness. DNA cannot, however, reveal details such as age and weight. Along with China, similar technology is also being developed in the United States.

But while the idea of a new crime-fighting tool may sound exciting, there’s potential reason to be concerned. The New York Times notes that Chinese authorities have gathered blood samples from “hundreds of Uighurs” being held in detention centers. Uighurs are one of the predominantly Muslim minority groups facing persecution in China. The sample gathering is “part of a mass DNA collection effort dogged by questions about consent and how the data will be used.” In Xinjiang, an area with detention camps, large numbers of people reportedly have “no choice” whether they submit DNA samples as part of the work. It is collected as part of a mandatory “health checkup program,” according to Uighurs who have fled China.

Some of the research is being carried out in laboratories operated by China’s Ministry of Public Security, partially using funding for institutions in Europe. The report claims that some international journals have published results without properly examining the origin of the DNA used in the studies.

If successful, DNA phenotyping could wind up forming part of China’s growing quantity of surveillance technologies, which also include widespread use of facial recognition. In addition to criminals, DNA phenotyping could be used track down dissenters and protesters. China has been clear about its intention to develop a surveillance state that will allow the government to better control its population.

The country reportedly has the world’s largest DNA database, with approximately 80 million profiles kept on record as of July 2019.