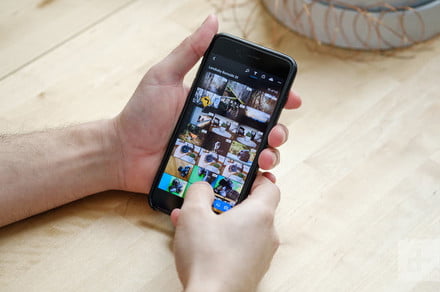 Adobe’s direct import of Lightroom is finally available on iPhone and iPad, which will save you lots of time when it comes to importing your images.

For those looking to bring that professionally edited look to their photos, Adobe Lightroom offers photo organizing and editing tools to help you look like a pro. Adobe announced the function’s availability for iOS on Tuesday in a blog post written by Tom Hogarty, the senior director of product management at Adobe.

“Direct Import means you can edit your full-resolution raw photos, using the exact same raw conversion and editing capabilities found in the desktop versions of Lightroom and Camera Raw, all without having to bring your desktop or laptop on the road with you,” Hogarty wrote in the post. “Imports happen faster and don’t require the extra space taken up by having a duplicate copy placed in your Camera Roll.”

While this is a great timesaver for those who shoot on their iPhones, the feature also enables photographers who use DSLRs to edit photos on their iPhone or iPad by simply plugging a memory card into a Lightning to SD or USB C card reader, respectively. This could be a much more lightweight and portable option than lugging around a laptop.

The direct import feature originally debuted to iOS users in November, but this tool is perfect for photographers on the go.

Adobe announced a slew of new features to the Lightroom program at Adobe Max event early last month. Some of these features included advanced export, which gives photographers more control when exporting images, and an option called Fill Edges, which gets rid of the annoying white space that emerges around your multishot panoramic photos.

Advanced export was also announced for mobile iOS users on Tuesday. The export feature gives you the ability to export multiple photos as original, DNG, JPEG, TIF files, and more.

Facebook
Twitter
Pinterest
WhatsApp
Previous articleAll-electric commercial seaplane takes to the air for the first time
Next articleApple AirPods Pro vs Huawei Freebuds 3: The pro or the clone?