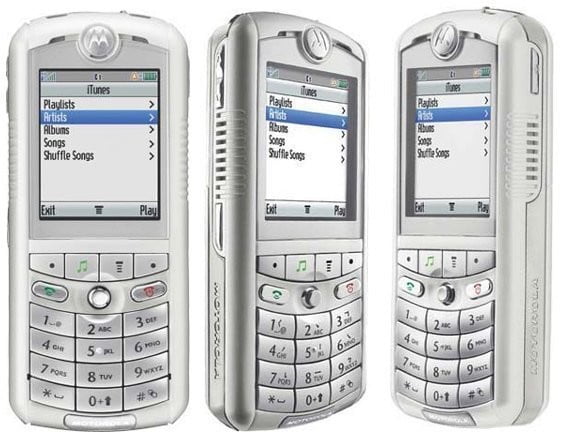 The reimagined Motorola Razr is an undeniably compelling smartphone, leveraging the iconic design language of the original Razr flip phone in a modernized package, rich with new features. So far, everyone seems to be mesmerized by Motorola’s interpretation of the foldable smartphone. That shouldn’t be a surprise given the profound nostalgia people have for Moto’s iconic flip phone!

While there’s already an overwhelming rush of optimism f0r the new Razr to give Motorola some much-needed prominence in the mobile space once again, not all of its more ambitious efforts were met with such enthusiasm in the past. Some of them were in response to the current state of competition at the time, while others were more experimental.

In light of the Razr’s announcement, we couldn’t help but chuckle over some of Moto’s less successful design choices.

The iPod-like experience of the Motorola ROKR

Early on in the 2000’s, cell phones were mainly reserved for phone calls and the occasional text message, so when the Motorola ROKR arrived in 2005, being the first phone to integrate with Apple’s iTunes, you would’ve thought it was going to be a smash-hit.

Unfortunately, it didn’t pan out for a couple of reasons. For one, there was a 100-song storage limit with slow transfer times getting them on there. Secondly, it didn’t help that Apple’s iPod Nano was launched near the same time. That pretty much spelt death for the Moto ROKR, but we’ll ROK on in memoriam.

The original Razr’s success tapped into customer’s desire for a thin device, something Motorola brought to its smartphones at the time, as well. The Moto Q was exactly that. Remarkably thin and light for a smartphone at the time, it aimed to meet the demands of serious power users in a sleeker (albeit copy-cat) form than Blackberries of the time.

But by this time, RIM (Research In Motion) was mopping the floor with the competition, and the Moto Q was no exception. You couldn’t argue with the Moto Q’s design, but Windows Mobile (especially without a touchscreen) didn’t do much to help its case. Ultimately, it couldn’t match the BlackBerries of the time when it came to productivity.

Enter the social media era with the Moto BackFlip

The early days of Motorola’s venture into Android weren’t always pretty, mainly because its smartphones lacked the meticulous design of Razr-era flip devices of the mid-2000s. You could say it was a time for experimenting, evident in the clunky designs of its early Android devices.

Released in 2010, the Motorola Backflip was arguably the clunkiest of the bunch, sporting a keyboard that was actually the rear of the phone when closed. The Backflip moniker made sense because you had to flip it over to get the keyboard into place, but it failed to entice social media users with its stiff keys, sluggish performance, and unreliable “backtrack” trackpad, which was an alternative option for scrolling.

Getting fit with the MotoActv

Before the Apple Watch, and even before the first set of popular Fitbits, there was the Motorola MotoActv. The year was 2011 and this wearable fitness tracker/music player gave gadget hounds something to drool over. Interestingly enough, it was an Android-based wearable that offered basic fitness tracking and music playback on the go, without the need for a smartphone. It even had a 3.5mm headphone jack! What could go wrong?

Well, it wasn’t intuitive, there were bugs with the software, audio performance was underwhelming, and that it didn’t accurately track steps. That many missteps will do in even the coolest of gadgets.

Being the first to run Google’s tablet-specific Android 3.0 Honeycomb, the Motorola Xoom was a ground-breaking device when it debuted in January 2011. Needless to say, it was an important milestone; for the first time ever, we got an Android experience that was built specifically with tablets in mind — and the holographic interface featured on the Xoom showcased that shift.

One of the biggest reasons why the Xoom didn’t find success was because of its staggering $800 off-contract cost. Furthermore, for all the work invested into creating an interface for tablets, many third party apps still weren’t optimized, essentially mirroring the same experience as smartphones. This wasn’t all Moto’s fault, but tell that to the many customers who (rightly) passed on this one.

Hinting at the future of voice with the Moto Hint

Born from the increasing need to access our smartphones through voice, the Moto Hint came to life alongside the announcement of the Moto X in 2013. The miniscule Bluetooth headset was an engineering marvel considering its discreet design, but it’s more notable for offering voice commands before the era of Google Assistant. You could place phone calls, listen to turn-by-turn directions, compose a post on Facebook, and even ask it to perform calculations and conversions.

So, why did the Hint flop? Well, this scope of features was only accessible when using the Moto X. If you were to use the Moto Hint on any other smartphone, it would function the same as any other Bluetooth headset at the time. Even though there was a successor, Google Assistant’s arrival years later negated the need to have a headset for smarter voice assistance services.

Moto Maker was one of those brilliant services on which we look back fondly because of its ambition to deliver consumers a personalized smartphone, both in the design and software. Following that, Motorola took the extra step forward with the introduction of Moto Mods on the Moto Z line in 2016. Initially, this seemed like yet another brilliant idea: modular accessories that snap onto the phone, greatly bolstering a particular functionality or, in some instances, adding a new one entirely.

Even though they’re still around and the list of Moto Mods has expanded, they’ve done very little to boost sales of the largely overlooked Moto Z line. We wouldn’t be surprised if in the near future it too becomes extinct, like the other Moto missteps on this list.

But hey — you can’t knock a company for trying.