MacBook Black Friday Deals 2019: Here’s what you need to know 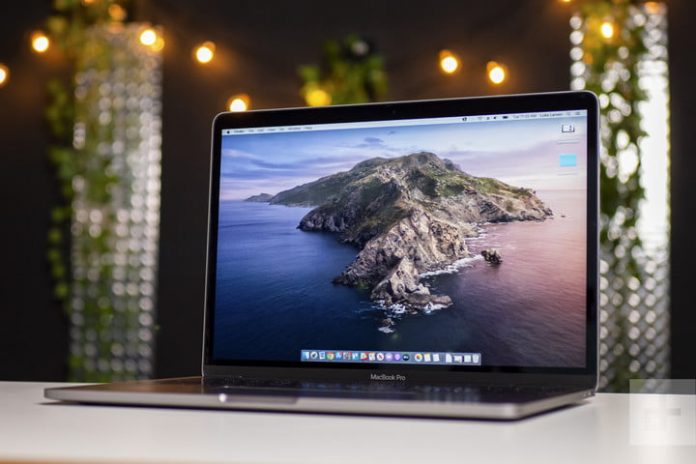 Black Friday and Cyber Monday 2019 is shaping up to be a banner year for deals and deep discounts on must-have consumer tech products. Apple’s MacBooks are no exception. And while we’re expecting this year to be filled with great Black Friday deals on MacBooks, you don’t have to wait until the day of to get deep discounts on them or other Apple products. In fact, both Best Buy and Walmart are already offering Black Friday style deals on MacBook Pros and other Apple devices.

If you’re planning on snapping up a new MacBook for yourself or a loved one this holiday season, here’s everything you need to know about this year’s MacBook Black Friday deals.

Generally speaking, Black Friday already comes with substantial price cuts for your favorite Apple devices. But this year, we could see a particular uptick in deep discounts for earlier models of Apple products due to the recent introduction of newer models (like the new 16-inch MacBook Pro, the iPhone 11, and new iPads).

The 16-inch MacBook Pro was officially announced on November 13 and it’s already caused quite a stir as it features a newly redesigned keyboard, a 16-inch Retina display, and a choice between a six-core Intel Core i7 processor or an eight-core Intel Core i9 processor. But while the 16-inch MacBook Pro may be the newest MacBook Pro, Apple also released newish versions of its other MacBooks this year. In fact, Apple has released (slightly) updated, refreshed versions of its MacBook Air and Pros just this summer.

One of the biggest MacBook deals we saw during Black Friday 2018, was a $500 discount on a 2018 15-inch MacBook Pro from B&H. The discount knocked this high-end MacBook from a price of $4,700 to down just $4,200. Back then, this discounted price bought you a 2018 MacBook with an eighth-generation Intel Core i9 processor with six cores and 2TB of storage.

We also saw a wide variety of deals on offer for MacBooks during last year’s Cyber Monday sales. These deals included deep discounts from retailers such as Best Buy, Adorama, and B&H and included the following MacBook laptop models: MacBook Pros (2018 and 2017), a mid-2017 12-inch MacBook, and MacBook Airs (2017 and 2018).

With these deals, we saw discounts that ranged from some as low as just $50 off to some as high as $650 off. And for those who needed a MacBook priced lower than $1,000, the only options available during Cyber Monday 2018 were deals for 2017 MacBook Airs — and even then we didn’t recommend purchasing them.

But Prime Day 2019’s MacBook deals may be the best (read: most recent) indicator of how good the MacBook deals of Black Friday 2019 will turn out to be. Amazon offered a number of its own competitive deals on MacBooks but the best ones were at least $200 off.

It’s the mid-2017 model, but for just $800, this 13-inch i5-packing MacBook Air is a solid value if you’re looking for a sleek and lightweight MacOS laptop.

The premium Apple MacBook Pro 13 with a 2.4GHz Intel Core i5 can deliver up to 4.1GHz of processing power with Turbo Boost. Save on this powerful MacBook by buying a refurbished model.

Apple refreshed the MacBook Air lineup in 2018 with this new 13-inch Retina model. It’s the lightest thinnest laptop from Apple and on sale right now.

With its more powerful specs, the MacBook Pro represents the top of the MacBook lineup. If you want a laptop that can run heavy applications or multitask like nobody’s business, then check this deal.

The MacBook Air also saw a refresh recently, and this super-sleek featherweight 13-inch laptop will definitely scratch your itch for an Apple laptop without leaving you bankrupt.

Who says Apple’s MacBook Pro has to be expensive? Not Best Buy, as the outlet has slashed the price of this MacBook Pro model by $300.

With full-fledged Android TV and a great remote, Xiaomi's Mi TV Stick is one of the best budget streaming dongles
Read more
News