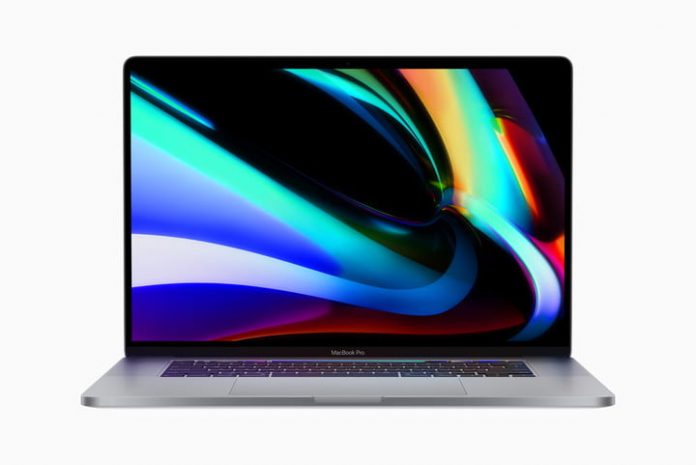 Ever since Apple redesigned the MacBook Pro in 2016, I’ve steadfastly held out and refused to buy one. Not because I don’t need one or I hate the Touch Bar — I do and I don’t, thank you very much. It’s because of that damn keyboard. I know it’s already had a lot of bad press, so there’s no need to go overboard here, but it was probably the worst disaster to befall humanity in the history of disasters, maybe ever.

It was so bad that earlier this year I forwent every iteration of the MacBook Pro that came with the butterfly keyboard and bought one of Apple’s 2015 laptops instead. This was the last MacBook Pro to have a truly great keyboard — you know, one that can go 40 minutes without a key failing. And when you divide your time 30/70 between writing for a living and searching for funny llama GIFs, having a top-notch keyboard matters.

So what’s this I spy romping over the hills in the distance? Is it… is it a new 16-inch MacBook Pro with a scissor-switch keyboard? One that (whisper it quietly) might actually be satisfying to type on? It just might make it the rightful heir to the 2015 MacBook Pro.

Back to the drawing board

It’s a rare occasion indeed when Apple admits it was wrong about something. OK, that hasn’t quite happened in this case — Apple hasn’t publicly come out and said the butterfly keyboard was a mistake — but look at how it describes the new scissor-switch keyboard in the 16-inch MacBook Pro’s press release: it has a “more satisfying key feel,” Apple says. The company conducted “extensive research and user studies” to help get it right. Apple even went so far as to describe it as “the best typing experience ever in a Mac notebook.”

In fact, Apple is trying so hard to break with the butterfly past that it’s given the new keyboard a name: the Magic Keyboard (of course they called it the Magic Keyboard). Comparing it so favorably to the previous keyboard design doesn’t exactly shine the butterfly switch in a positive light, does it? It wasn’t even instantly added to Apple’s Keyboard Service Program the moment it was announced, which is, err, a notable sign of confidence.

A quick rundown of the features of the new keyboard makes for remarkably familiar reading:

Now where have we seen all that before? Ah yes, in the 2015 MacBook Pro. Back when keyboards were keyboards but before Touch Bars were also keyboards, sort of, the 2015 MacBook Pro set the benchmark for a quality typing experience. It was quiet and responsive, with just the right amount of positive tactile feedback.

That the 16-inch MacBook Pro is returning to all of these things in a way that, judging by initial reviews, pretty much nails it, is a very encouraging sign. It suggests that Apple has taken more notice of what its customers actually want rather than what it thinks they want. It understands the legacy of the 2015 MacBook Pro and wants to continue it rather than break from it entirely, as the device did from 2016 onwards.

Does this mean the butterfly keyboard is gone for good? Don’t count on it. In a wide-ranging interview with CNET, Apple’s marketing guru Phil Schiller said “We are continuing both keyboard designs” when asked if the Magic Keyboard would replace the butterfly design in other MacBooks. Like a bad odor left by the dog and totally not by me, the butterfly keyboard just won’t go away.

Apple probably doesn’t want the keyboard to be the main talking point on what looks to be an otherwise excellent laptop. But such is the suffering MacBook users’ fingers have gone through over the last few years. It’s unavoidable.

In a perverse way, it’s a credit to Apple that we’re not really talking about the 16-inch MacBook Pro’s components anywhere near as much. Intel i9 processors, AMD Navi graphics, phenomenal displays — yeah yeah yeah. MacBook Pro laptops have long performed well in these areas, and the 16-inch MacBook Pro will likely be no different. We’re used to excellence in this area. We’re not used to excellence in the keyboard department.

Perhaps that’ll all change in the coming years thanks to the 16-inch MacBook Pro. By giving us something that’s taken for granted everywhere else — a quality keyboard — Apple is letting us focus on everything else. And everything else looks very promising indeed.

All this paints the 16-inch MacBook Pro as the true heir to the 2015 MacBook Pro. Sure, it’s got the biggest SSD ever in a laptop and Navi graphics that should finally make AAA games enjoyable on a Mac.

But a reliable, comfortable keyboard that’s a joy to type on? Now that’s the mark of a top-notch laptop.