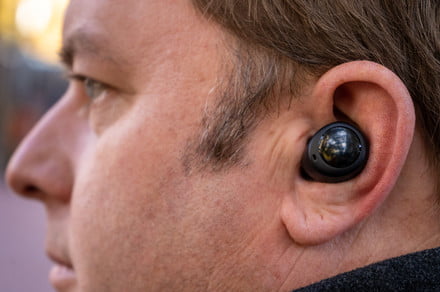 Amazon’s Echo Buds, the $130 true wireless earbuds launched in October, have a remarkable set of features considering their affordable price. However, it’s possible a previously unannounced new feature could be coming soon. Signs of a fitness tracking feature have been found in the Alexa app, the mobile app used to configure the Echo Buds’ advanced functions, according to The Verge and CNBC.

Screenshots taken of the Alexa app show that within Device Settings for the Echo Buds, a new Fitness section has been added including Fitness Profile and Track Workouts options. Digital Trends has not been able to independently confirm these changes in the app. When we reached out to Amazon’s representatives for clarification on this possible new feature, we were told that Amazon does not comment on rumors or speculation.

The Echo Buds have onboard accelerometers that can be used to detect motion, but they do not have more advanced fitness sensors such as for heart rate monitoring. Plenty of basic fitness stats can be acquired from the motion sensing, such as step counting, and these can be enhanced through other data sets like GPS, but true cardio tracking is likely impossible.

Nonetheless, it’s a clear sign of how Amazon sees the Echo Buds evolving over time. Should the fitness tracking feature prove popular (if it, in fact, launches officially), a future version of the earbuds could include more advanced sensors. Apple recently launched the AirPods Pro, a $250 premium set of its wildly popular true wireless earbuds. The AirPods Pro do not have a fitness tracking feature, but the latest Apple Watch does contain very sophisticated sensors for tracking movement and cardio.

So far, Amazon has not shared any plans to create a wearable like an Echo smartwatch, so an enhanced version of the Echo Buds would be the easiest way for it to gain a foothold in the growing fitness tracking market. With Google’s recent purchase of Fitbit, we may be on the cusp of new fitness free-for-all between Apple, Google, and Amazon as each giant looks for ways to capitalize on the wealth of health data generated by our bodies every day. For the moment, Apple’s HealthKit platform is the clear leader, but clearly Amazon and Google don’t intend to cede the space to Cupertino without a fight.

Updated at 10:00 AM PT with Amazon’s response to inquiries about the fitness feature. 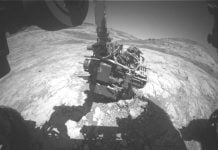 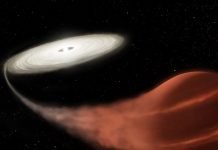 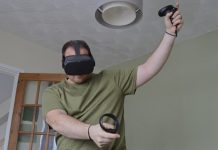