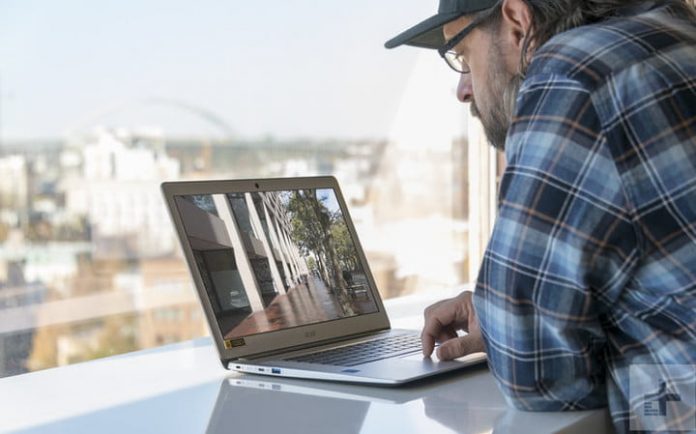 Chromebooks are cheap alternatives to Windows and MacBook laptops. People usually get them as a secondary work computer or something they could leave at home for the kids. Thanks to advancements in technology, the latest Chromebooks can hold a charge that can last you through the day and they’re also getting more and more powerful as years go by. Now, they’re capable of handling almost any productivity-, creativity-, or entertainment-related task — as long as they’re not too processor-heavy. Amazon is currently offering two of Acer’s bestselling Chromebooks at awesome discounted prices: The inexpensive Acer Chromebook 15 and the convertible Acer Chromebook Spin 11.

It’s easy to excuse the Acer Chromebook 15’s aversion to the current design trend of Chromebooks to be 2-in-1 devices. This is thanks to its excellent build quality which surprisingly rivals a MacBook despite coming in at a fraction of the cost. Although it’s made entirely of plastic, it’s built like a brick with minimal flexing when applied pressure on. At 14.9-inches wide, 10.1 inches from front to back, and 0.75-inches high, it’s one of the largest Chromebooks we’ve come across. Its hinge turns a full 180 degrees, allowing it to lie completely flat so you can share the screen with anyone. Its bezels are reasonably sized and it’s painted almost entirely in a gorgeous silver finish except for the keyboard.

This Chromebook’s 15-inch IPS display has a pixel resolution of 1,920 x 1,080. Quite honestly, colors look a little washed out on it. And since it’s a large screen, the pixel count isn’t that high so images don’t appear sharp. Still, it’s a good big screen for productivity tasks. Thankfully, the same cannot be said about the front-firing speakers. Audio doesn’t sound metallic and muffled, which is typically the case with laptops with speakers beneath the keyboard. However, basses can get a little distorted especially when the volume is at its loudest, but color us impressed considering the Chromebook 15’s low price. Acer also decided to rip out the number pad, resulting in a nicely spaced keyboard that’s very comfortable to use. The touchpad is large and responsive, capable of moving the cursor at the lightest touch.

Underneath the hood, the Chromebook 15 is powered by Intel’s Atom X5-E8000 quad-core processor. It’s not meant to be a powerhouse, but it does run things smoothly while only eating six watts of power. It feels zippy when loading applications, streaming videos, and browsing the Internet. Just don’t open too many tabs at once. Unfortunately, the Intel HD Graphics 505 card isn’t powerful enough to handle high-resolution gaming. You’d have to lower the graphics to its moderate setting in order to play them smoothly. Finally, battery life is good and was able to last an impressive 12 hours during our video loop test. This can be attributed to Intel’s power-sipping processor and, of course, the extremely lightweight Chrome operating system.

The Acer Chromebook 15 normally retails for $230, but with Amazon’s cool 14% discount, you can get it for the much lower price of $197. And if you apply and are approved for anAmazon Rewards Visa card, you’ll enjoy an additional $50 off instantly, reducing the price further to an irresistible $147.

The Acer Chromebook Spin 11 sports a minimalist metal-like plastic chassis. It looks and feels extremely sturdy and its touchscreen rotates 360 degrees, converting it into a tablet. Weighing in at 2.7 pounds, it’s a little heavy to use as a tablet, but as a Chromebook, it’s light on the lap. This Chromebook’s 11.6-inch touchscreen has a 1,366 x 768, or 135 PPI (pixels per inch) resolution that honestly doesn’t give the sharpest or brightest picture. Watching videos that are drenched in shadows makes it hard to make out the details. The bezels are also quite large which makes the display appear smaller. The screen is very responsive to the touch though. It can accurately track finger movement and commands and opening apps is relatively easy. The keyboard is also easy to use and pleasantly compact. Whereas other Chromebook keys are awkwardly placed and often too small, the Spin 11’s keyboard offers precise typing and keys are big enough and comfortable to press. The touchpad is also fast and responsive.

Performance-wise, the Spin 11 is a bit sluggish compared to other Chromebooks. Its Intel Celeron N3350 CPU is a low-end processor that runs at a base clock of 1.1GHz and tops out at 2.4GHz. The Spin 11 is fast when browsing the internet, but once you open 10 or more tabs, that’s when it starts to slow down. Android apps that are open can also make it run at a slower pace.

The battery life is decent at 10 hours. It has a 720p web camera that takes pictures that are a bit grainy. You don’t need to worry about the Spin 11 overheating though, unlike other Chromebooks. Streaming HD videos on YouTube for 15 minutes straight didn’t cause it to heat up significantly.

Both the Acer Chromebook 15 and Spin 11 offer decent performance and outstanding hardware at a very reasonable cost. Their screens left as a bit cold, but overall they are solid secondary computers that are well worth the investment.