Home News Why is it still so hard to land on the moon?
News

Why is it still so hard to land on the moon? 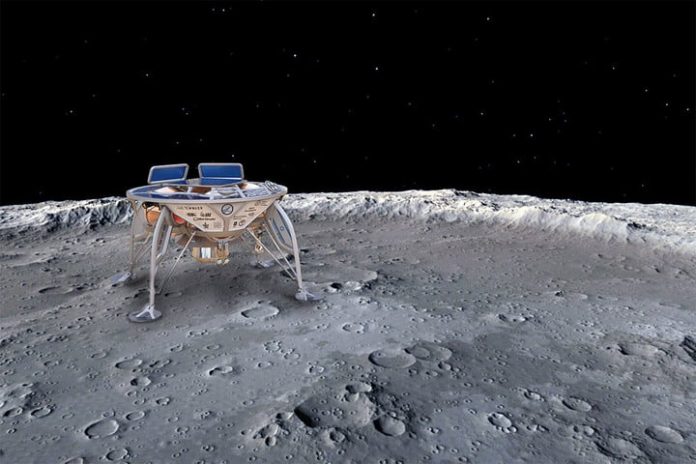 This year, both Israeli organization SpaceIL and the Indian space agency experienced sad endings to their planned lunar missions when each of their crafts crashed into the moon. With the quantum leaps we’ve made in computing, AI, and other technologies in recent decades, it seems as if landing on the moon should be easier now. But the recent failures demonstrate that we’re still a long way from reliable lunar landings.

Fifty years after we sent a man to the moon, we spoke to two space experts to understand why lunar landings are still so challenging decades after the first one.

Why a landing involves fifteen minutes of terror

For all the complexities of any space mission, sending an object from Earth into orbit around the moon is relatively easy today. “Trajectories between the Earth and the Moon are well understood and easy to predict and fly these days,” said Christopher Riley, director of In the Shadow of the Moon (2007) and author of Where Once We Stood (2019), both about the history of the Apollo 11 mission.

It’s taking a craft from orbit to landing on the surface of the moon that’s the real challenge. Because there is a delay in communications between Earth and the moon, the humans back home can’t manually control a craft to land it safely. The craft has to land autonomously, firing its descent engines to slow it from thousands of kilometers per hourto hundreds, and then to a safe landing speed of around 1 meter per second.

This is why the head of the Indian Space Research Organization (ISRO) described the final descent as “fifteen minutes of terror,” because once the craft is committed to the landing procedure, there’s very little that mission control can do. People on Earth can only watch and hope that the everything goes right, that hundreds of commands are executed correctly, and that the lander’s autonomous systems bring it down gently.

The big unknown: the landing surface

One of the largest challenges in the final descent phase is the actual surface of the moon. Although we have tools like the Lunar Reconnaissance Orbiter (LRO), a craft in lunar orbit which can capture impressively detailed views of the moon, this only gives a rough idea of what to expect when a lander actually gets close to the surface.

“The Lunar Reconnaissance Orbiter is a tremendous asset that really has done an incredible job over the years,” Leonard David, author of Moon Rush: The New Space Race (2019) and veteran space reporter, said, “but when you get down to the last few feet things starting popping up that you can’t check, even with the LRO’s high powered camera.”

Even with the imaging data available today, “some landing sites will still have unknown debris,” Riley said. He pointed out that the Apollo 11 mission had an advantage that modern uncrewed landers don’t – a human looking at the terrain as the craft came into land: “Famously, Armstrong spotted the debris field that Eagle’s computer was taking him towards and flew the craft manually away from it.”

An uneven landing field has caused plenty of problems in past lunar missions, such as Apollo 15 which also had a troubled landing. The astronauts on the mission had been told it was important to shut down the engines as soon as they made contact with the surface, to avoid sucking up dust into the engines and risking a blowback explosion. But the craft came down into a crater, so one leg made contact with the surface before the others. When the crew cut the engines,the craft landed hard, traveling at 2.1 meters per second. It landed at a titled angle, and although it eventually settled safely it did come close to tipping over, which would have been a disaster.

This brings up yet another complicating factor in moon landings: lunar dust. The moon is covered in fine dust which is thrown into the air by any movement and which coats everything it comes into contact with. When a spacecraft approaches the surface, it throws up huge plumes of dust which make it difficult to see anything and which can pose a danger to electronics and other systems. We still don’t have a solution for dealing with the dust issue.

Been there, done that

Another reason that lunar landings continue to be so challenging is that it can be hard to drum up public support for moon projects.

“We’ve got ourselves convinced that we sent Neil and Buzz,” David said, referring to Neil Armstrong and Buzz Aldrin, the two astronauts who walked on the moon during the Apollo 11 mission. So when it comes to moon missions, the attitude of the public can be one of “been there, done that.”

But in reality, there’s still so much we don’t know about the moon, especially in terms of long-duration missions. Now, with a fifty-year gap between the Apollo landing and NASA’s upcoming Artemis project, knowledge has been lost as engineers and experts retired.

“We need to get our deep space legs back again,” David said. “We haven’t been out of low earth orbit since 1972 with Apollo 17. NASA now is not the same organization that put people on the moon. There’s a whole new generation of mission controllers.”

The importance of redundancy

The SpaceIL project was notable for being the first privately-funded spacecraft to enter orbit around the moon, and for coming close to being the first to land as well. And we can expect more private companies to take aim at the moon in future, such as Jeff Bezos’ Blue Origin, which is developing its own lunar lander. Even Elon Musk, whose SpaceX is primarily focused on an eventual manned mission to Mars, has designs on a moon landing.

There are advantages to getting private companies involved in lunar landings, David said, like increased innovation. However, companies are under pressure to save money. And this can result in a lack of the redundancies and backup systems that are required in the event something goes wrong. Lunar landers typically have two or even three layers of backup systems, and he worries that private companies will be tempted to trim these redundancies to save costs.

“I don’t want to be too dramatic, but I think we saw something with Elon Musk’s Dragon human-carrying capsule burning up on the pad due to a test failure,” David said, referring to an April test that went awry without any humans on board. “That’s a bit of a warning about how things can go awry.” He compared the incident to an echo of the Apollo 1 fire, which killed three astronauts during a launch test in 1967.

Yet another issue with a lack of redundant systems is a lack of information when things do go wrong. In the case of the recent attempted landings, it seems like the SpaceIL crash was caused by human error. But it’s not clear what went wrong in the case of the ISRO’s Chandrayaan-2 landing failure, and without systems on board the lander to record and communicate data, we may never know. Without this information, it’s much harder to prevent problems from occurring again the next time around.

The future of lunar landings

There are many projects underway which aim to make upcoming moon landings easier. Essentially, we need to build some kind of infrastructure on the moon.

If we are able to establish a long-term or even a permanent lunar base, it’ll be much easier to land craft there. Landing pads can be leveled out on the lunar soil, avoiding the unknown factors of debris in a landing zone. For example, there is research underway at NASA’s Kennedy Space Center into using microwaves to melt the lunar soil – known as or regolith — into a solid base which could be used as a launch and landing pad. The European Space Agency is investigating how 3D printing could be used to create landing pads as well as other structures on the moon.

Other ideas include using lidar systems (similar to radar but using lasers instead of radio waves) for landing vehicles as this technology offers more accurate readings, and using a network of GPS satellites to help guide craft as they land.

As much as technology is important, there also needs to be public interest and support for a lunar landing program to be successful. “Apollo’s resources were immense, perhaps equaled only by the Chinese today,” Riley pointed out. “Remember Apollo carried the best computers imaginable — the human brain.” Not to mention the element of pure luck that goes into any landing.

Vice-president Mike Pence on stage at the NASA celebration of the 50th anniversary of the moon landing. NASA

There’s also the question of what kind of loses will be acceptable to the public. “I do think we have to be serious about the fact we’re probably going to lose people,” David said. There’s a real possibility that a manned lunar lander could crash and kill the astronauts on board. The American public continued to support NASA through loses and setbacks in the Apollo program, but at that time there was the very real pressure to compete with the USSR. Without the urgency of the space race, will people continue to support missions even if they cost human lives?

It’s hard to overstate the potential benefits of an active lunar program though. In the movie 2001, astronauts in the moon’s Clavius crater find a monolith, a mysterious object of great power and unknown origin.

“To me, the moon has a lot of monoliths,” David said. “Things that are going to be mysterious and we don’t understand. Stand by for a lot of really interesting science and surprises right and left.”