Sony’s new mid-range Xperia 8 is only for Japan 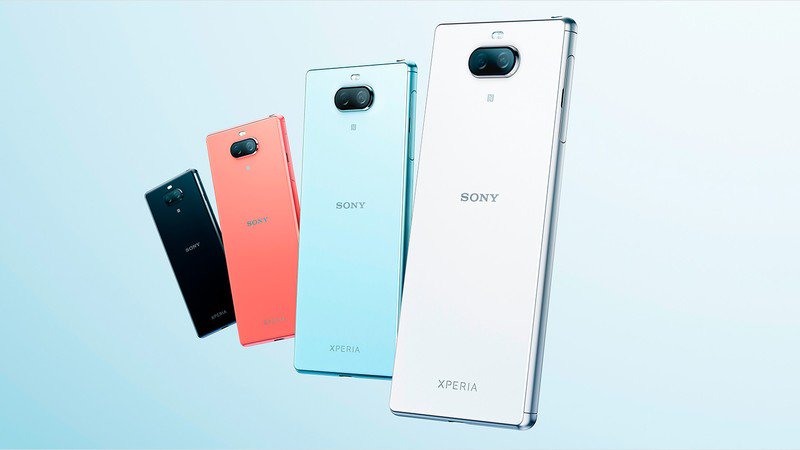 A return to compact form with a more affordable price tag.

Xperia 8 rounds out the Fall 2019 lineup for Sony, delivering what looks to be a solid mid-range device, as first reported by Xperia blog. The caveat here is that you’ll need to be in Japan to truly enjoy Sony’s latest mid-ranger, as it’s not planned to officially make an appearance elsewhere.

In a rare move for a mid-range device, Sony has actually given the Xperia 8 an IP65/68 water and dust-resistance rating. That lands it among the more premium-level phones from Sony for those unexpected times when your phone gets wet or dirty.

The display itself is also similar to the more expensive 2019 Xperia lineup, including a cinema-wide 21:9 aspect ratio. At 6-inches and with an FHD+ (2520 x 1080) resolution, you can expect a crisper image than many mid-range displays deliver.

Despite a large screen, the device weighs just 170 grams, making this a much lighter phone than the average phone with a 6-inch or larger display. Just like the Xperia 5 flagship, the Xperia 8 is a very one-handable device. Sony seems to be resurrecting its compact series after several generations of large phones, now offering the same size in a flagship and a mid-range option with the Xperia 5 and 8.

Like the Xperia 10, the Xperia 8 features a Snapdragon 630 chipset, 4GB of RAM, and 64GB of internal storage. A 2760mAh battery isn’t the largest on the market, but with a mid-range chipset, should last all day without problem. Dual rear cameras provide several camera options, with a 12MP f/1.8 main camera and an 8MP f/2.4 telephoto solution, too. The front-facing camera is 8MP as well.

Unlike the upper-echelon Sony phones, the Xperia 8 features a 3.5mm audio jack for headphones and plenty of other useful situations, making this more capable than even Sony’s best devices in this department.

It’s even got that convenient side-mounted fingerprint scanner from the Xperia 10, something that many have enjoyed using over the in-glass scanners that have become popular lately.

Folks in Japan can pick this one up in late October on Y!mobile for 54,000 yen, tax included. Available colors include the standard white and black, as well as a light blue and a very coral-looking orange that appears not-too-dissimilar to the recent Pixel 4 leaks.

Facebook
Twitter
Pinterest
WhatsApp
Previous articleShould you buy the Galaxy Watch Active 2 or the Galaxy Watch?
Next articleCome to Halcyon on The Outer Worlds in its latest trailer