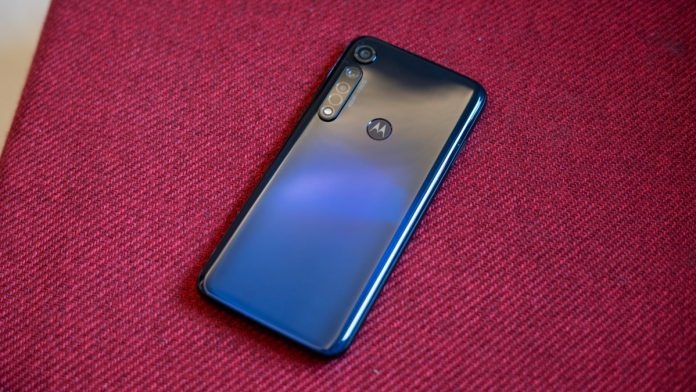 The Moto G series has served as the backbone of the company’s mid-range strategy. The models saw wild success in their early years, though successive competition from Chinese vendors definitely saw a decrease in popularity. Today, the company announced the Moto G8 Plus, and it appears to be a return to form for the company.

The Moto G8 Plus turns up the heat by bringing better specs, a nicer design, and improved cameras all around. It even has a party trick in the form of an action camera built into the hardware. Is that enough to challenge the cut-throat competition? We spent some time with the Moto G8 Plus and here are our early impressions ahead of the full review.

Moto G8 Plus: An all-new design 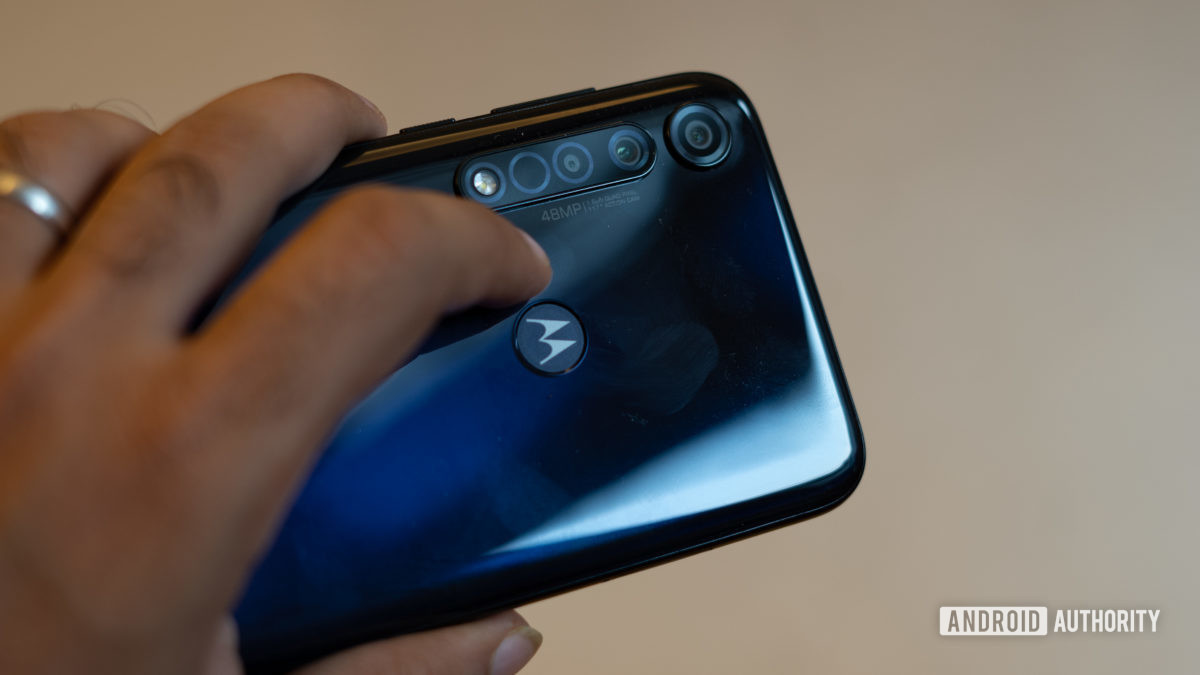 The Moto G8 Plus takes the design of the G7 and nudges it forward in all the right ways. There’s a 6.3-inch Full HD+ display at the front with a waterdrop notch at the top. The display is flanked by reasonably sized bezels on either side and a not-too-large chin at the bottom. Additionally, there’s an exposed speaker grille at the top.

While the build is still polycarbonate, the phone feels well put together. There’s a certain heft to the hardware that makes it feel premium in the hand. The weight distribution helps too. I’m not too fond of how fingerprint prone the back of the phone is, and you definitely don’t want to use the phone without a case. Motorola includes a passable TPU case in the box, but you will definitely want to upgrade to something better.

Both the power button and volume rocker are located on the right side of the phone. I noticed a bit of wobble and the tactile feedback was mushier than I’d have liked it. The bottom edge has a USB-C port with a single speaker flanking it on the right. Meanwhile, there’s a headphone jack at the top. 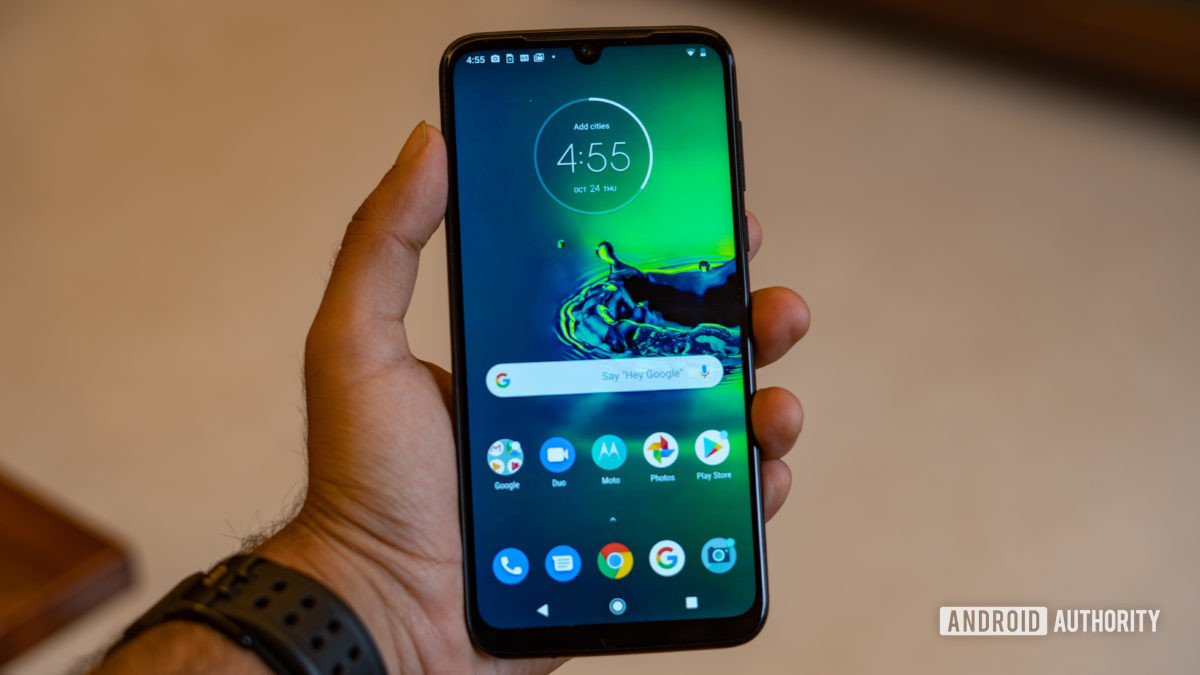 The phone sports a rather good IPS LCD panel. Color saturation is good and fairly accurate, though the tuning leans towards blue tones as we’ve seen on earlier Motorola hardware. The peak brightness levels stood out to me, and not in a positive way. While more than sufficient for indoor use, it just isn’t as bright as competing hardware. Coupled with the glare on the display, the phone isn’t the easiest to view outdoors.

How good is the Moto G8 Plus performance? Performance is a step up over the Moto G7 though the hardware isn’t quite the best that you can get in the price band. The phone makes use of a Snapdragon 665 chipset  — a strictly mid-range performer — and pairs it with 4GB of RAM. It is the latter that has me concerned.

Daily performance is no hassle at all for the phone, the use of a near-stock build of Android keeps the phone flying. However, As more phones step up to 6GB or even 8GB of RAM to keep up with demanding users and even more demanding games with heavy textures, the phone might not be the best option if you tend to hold on to hardware for years. As it stands though, the performance is perfectly good and the phone manages to run games like PUBG and Call of Duty Mobile just fine.

Does the Moto G8 Plus have a good camera? 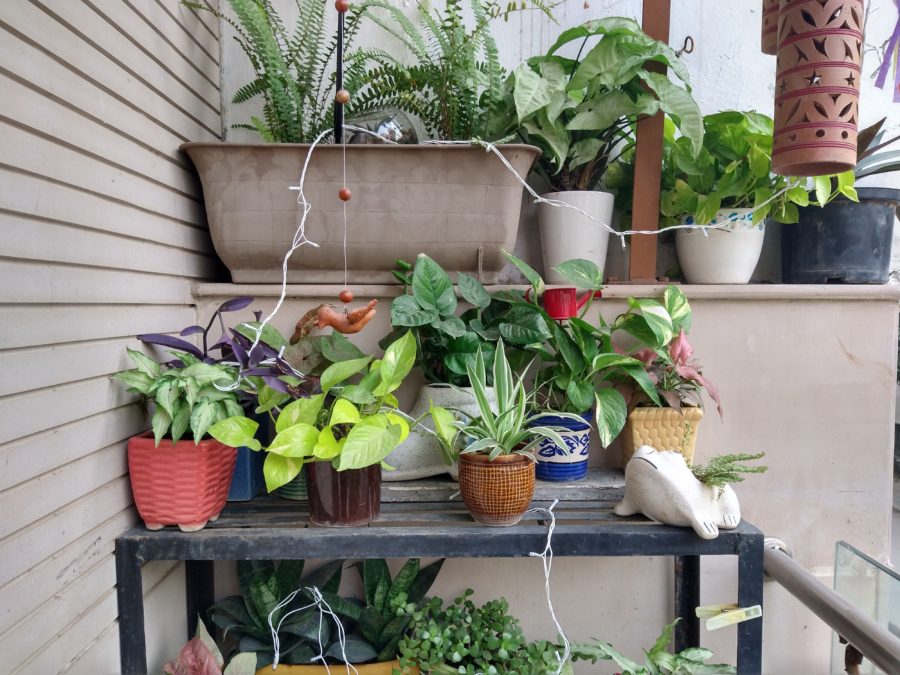 Motorola is taking a very different approach with the cameras on the Moto G8 Plus. The primary shooter sports a 48MP Samsung sensor as is common amongst many mid-rangers these days. It produces pixel-binned 12MP results, but you can switch over to full resolution 48MP shots if you wish.

I did not notice a drastic improvement in results and the trade-off in file sizes might not be worth it for most. Image quality is decent with a proclivity towards over-exposing the shot. Turning on HDR mode definitely helps here. I wasn’t too impressed by low-light results, and noise levels are definitely on the higher side. Dynamic range is also very limited as you will notice in the image samples below. We’ll talk more about this in our full review.

The phone can shoot 4K 30fps video as well. The secondary camera is a standard depth sensor that improves bokeh. 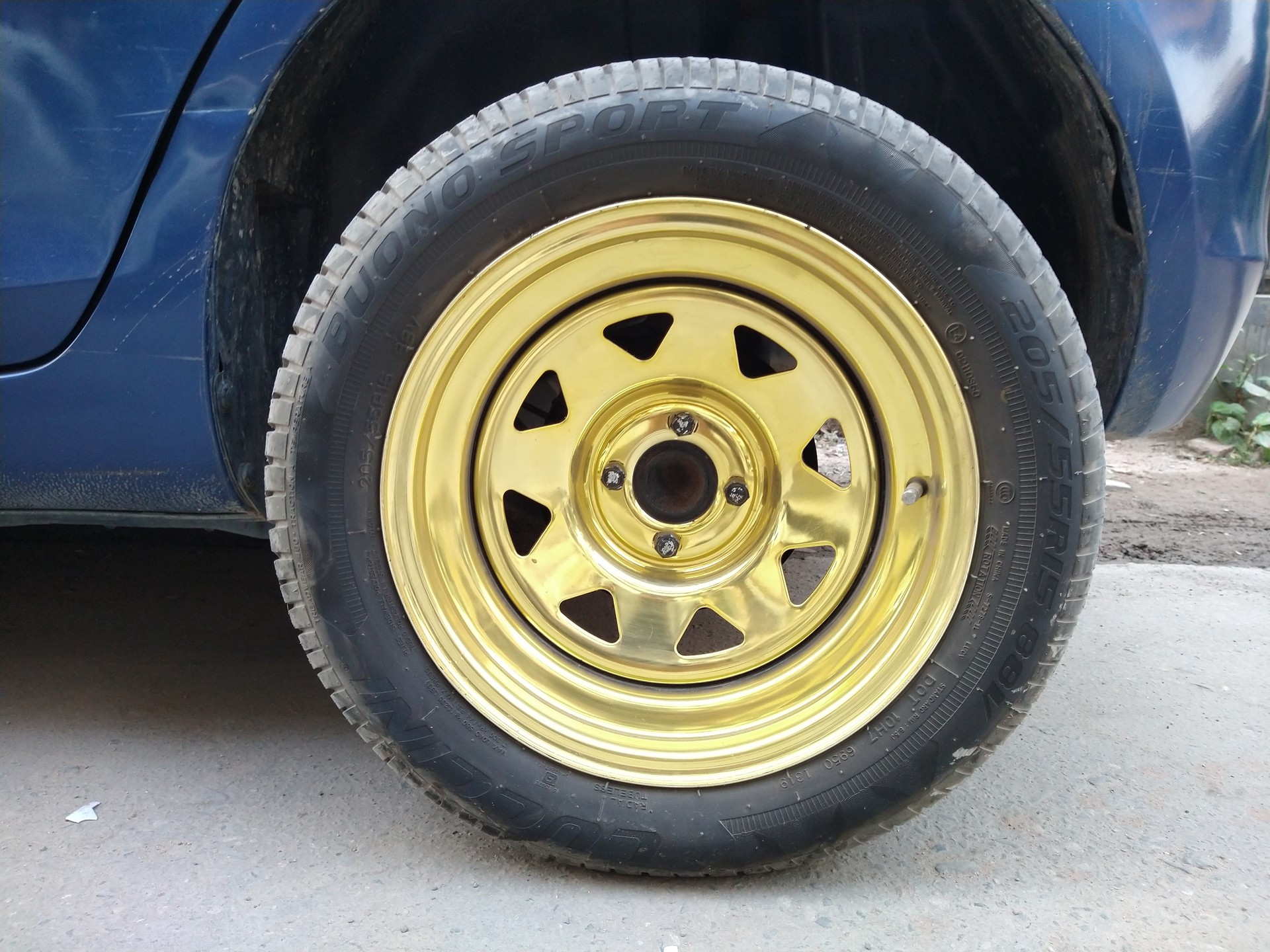 The third camera is where things get interesting. Motorola tossed in the action camera from the Moto One Action. This camera module has been flipped by 90-degrees and lets you shoot ultra-wide GoPro-style landscape footage while holding your phone in portrait mode. The electronic stabilization is rather good and I was able to get stable videos despite having shaky hands. Unfortunately, you cannot shoot still photos with this camera. 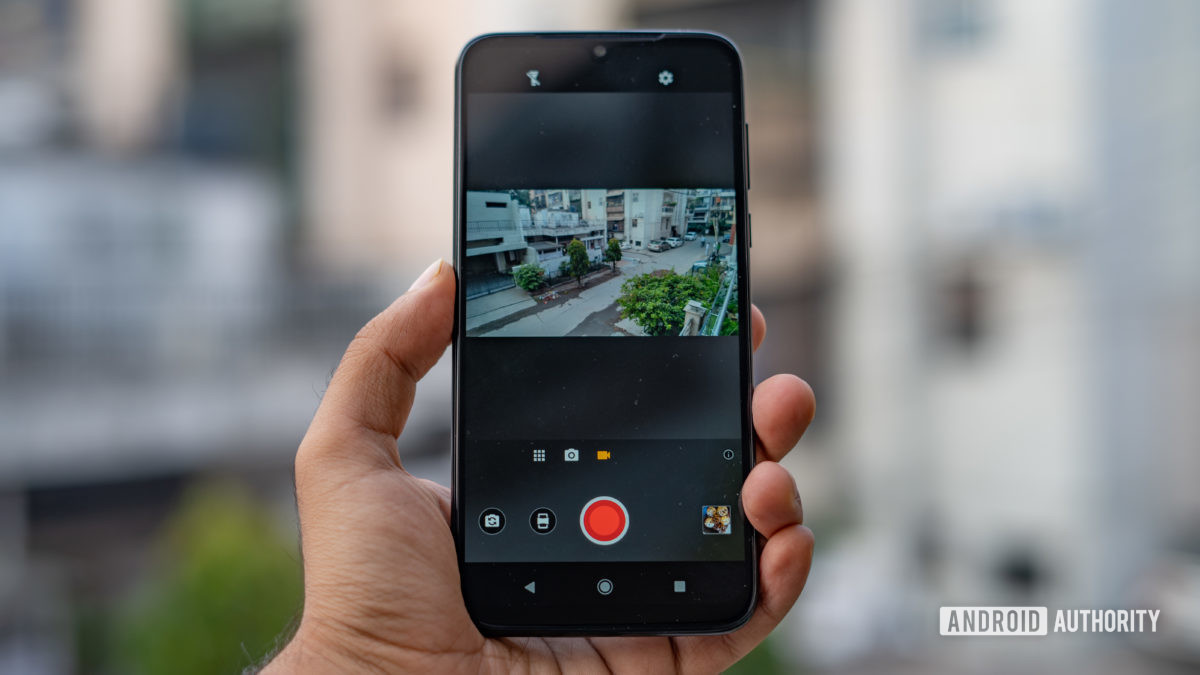 You are also limited to a maximum Full HD resolution though the camera does allow you to shoot in 60fps. Motorola has included an option to shoot in a 19:9 aspect ratio to fill up the display on the Moto G8 Plus.

Moto G8 Plus: Value for money 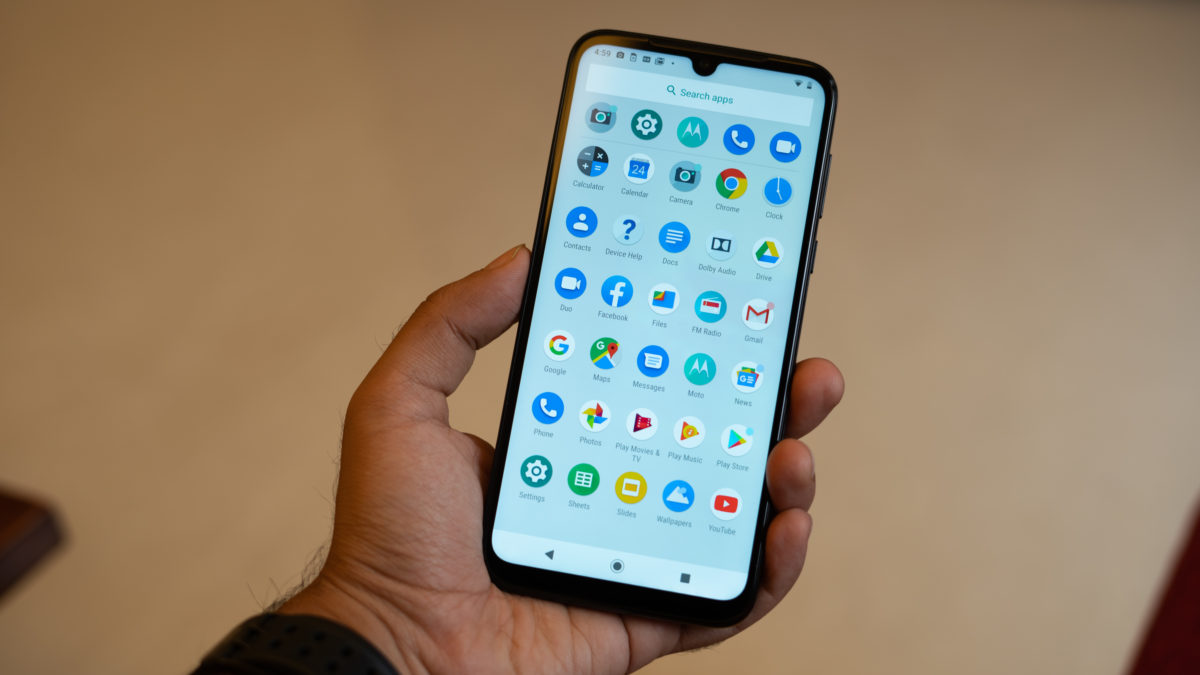 The Moto G8 Plus is a fairly unique piece of hardware in a highly competitive space. The action camera on the back is a great addition that makes a lot of sense for users. It’s a shame it can’t be used to capture photos as well. While it is too early to form an opinion on battery life, recent Motorola phones have done well here and the 4,000mAh battery should definitely help with all-day usage. Add to that the reasonably good performance and near-stock build of Android, and you are looking at a solid entry into the mid-range space.

You can get the Moto G8 Plus via Flipkart in the end of October. Priced at Rs. 13,999 in India, the phone goes up against the Redmi Note 8 Pro. While the latter might pack a bit more grunt and a more premium design, there should be more than a few takers for a cleaner Android build and that cool new action camera.

In the UK, the Motorola Moto G8 Plus goes on sales starting October 28, and will be available over at Amazon as well as retailers like Carphone Warehouse, EE, Argos, and John Lewis.

Moto G8 Plus announced: Is the Action camera here to stay?

In the market for a new budget phone? Motorola has a few options for you

Motorola event next month, could be foldable phone launch

When should you expect to receive Android 10? (Updated October 24)

Here’s our first look at the Moto G8 Plus, launching later this month

Motorola One Macro launched: Getting you closer to the action