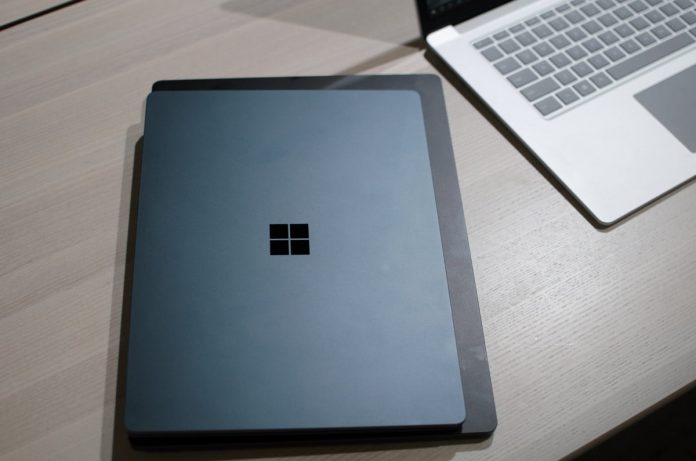 “The Surface Laptop 3 is a massive win for AMD.”

Microsoft announced a bunch of experimental, futuristic devices at its Surface event, from the dual-screen Surface Neo tablet to the surprising new Surface Duo smartphone.

However, it’s also making important updates to the more conventional PCs in its lineup. The Surface Laptop 3 is the third generation of Microsoft’s popular clamshell, which now comes in either a 13.5-inch or 15-inch size. The new size is paired with hardware updates that set the Surface Laptop 3 apart from most of its peers.

If you have a Surface Laptop, you won’t find anything too surprising about its third iteration. It has the same slim wedge shape, same excellent build quality, same aluminum. On the inside, the bezels are still thicker than I wish they were, surrounding a 3:2 screen in a symmetrical black frame.

The 15-inch model is new, and it’s not just larger. It has a machined aluminum chassis that feels similar to older models but, on the 15-inch model, ditches the Alcantara fabric interior. It’s not a unibody design like Apple’s MacBook Pro, but it felt sturdier in the hand than the previous models. You can, of course, opt for the standard Alcantara materials and colors. The aluminum models are definitely reminiscent of the MacBook. There’s no getting around that.

This 15-inch model feels incredibly light to hold. At just 3.4 pounds, it’s well over a half-pound lighter than the 15-inch MacBook Pro. That makes it a highly portable 15-inch laptop, ideal for someone who needs the extra screen real estate, but also needs to take their work on the go.

There are areas where the Surface Laptop 15 doesn’t seem to use the extra size well, however. Compared to the MacBook Pro, the Surface laptop 3 has a lot of empty, unused space on the keyboard deck. There’s no upward-facing speakers to flank either side of the keyboard, and the touchpad (while larger), is the same size as the 13-inch model.

Microsoft has indicated the top cover of the keyboard deck can be removed, providing access to the replaceable hard drive. It’s a nice feature, though calling it “modular” feels a little misleading.

The port situation is finally what it should be, thankfully. The Surface Laptop 3 comes with USB-C, USB-A, a headphone jack, and the Surface Connect for power. The USB-C port is not Thunderbolt 3 in either size, which is a bit of a shame. That means you can’t connect an external GPU.

AMD Ryzen to the task

The most interesting details about the Surface Laptop 3 can be found inside.

The 13.5-inch model isn’t too surprising. It has 10th-gen Ice Lake processors from Intel in either a Core i5 or Core i7 model. More importantly, it offers Iris Plus graphics on the higher end models. Both the Core i5 and Core i7 include “G7” graphics, the best integrated graphics Intel offers. Panos Panay mentioned playing Fortnite on stage, and that should be totally doable.

The 15-inch model, however, has thrown a curve ball with its embrace of AMD. Intel has traditionally owned the laptop space, especially in higher-end models. But this isn’t just a processor Microsoft bought off the shelf. It’s been customized to the point where Microsoft is calling it the “AMD Ryzen Microsoft Surface Edition” chip. We know the two companies have partnered closely on the processor, but we don’t yet know what the end result with be in terms of meaningful performance gains.

The 15-inch model has thrown a curve ball with its embrace of AMD.

Both Intel’s Ice Lake and the custom AMD chip are quad-core processors. That keeps the 15-inch model from being a true content creation device like the Dell XPS 15 and MacBook Pro 15. That’s especially worrying when you consider the price. Though the 15-inch model starts at an affordable $1,199, that configuration only has AMD’s Ryzen 5 with Vega 9. If you want to jump up to the more powerful Vega 11 variant, it’ll cost you upward of $2,099. That’s a lot of money for a laptop without a discrete graphics card or a core count higher than four.

That kills hope the Surface Laptop 3 might work as a gaming laptop, or a mobile editing machine for content creators. The alternatives offer more power at the same price or less.

Whenever it comes to performance, though, there’s an element of wait-and-see. Microsoft says it work tirelessly with the engineers at AMD to make sure that everything about these processors is specially tuned to work with the Surface Laptop 3. Whether or not that can justify the high price is still unknown.

Benefits of LED Screen Rental in Dubai for Outdoor advertising