Apple’s augmented reality headset will enter mass production as soon as the fourth quarter of this year in time for an early 2020 launch, according to a new report out today from Apple analyst Ming-Chi Kuo and seen by MacRumors.

An Apple Glasses mockup
In his latest research note with TF International Securities, the analyst says Apple will cooperate with third-party brands to launch its first head-mounted AR product in 2020, with Changying Precision tipped to be the main chassis supplier.

A Kuo report in March claimed Apple would launch an AR product in 2020 that could be ready by the middle of next year. However, Kuo has brought forward his predicted time of release and the analyst now believes the launch window for the product will fall in the second quarter of 2020.

Back in July, a DigiTimes report claimed Apple had suspended its AR headset project, but just last month, code found in Xcode 11 and iOS 13 confirmed that Apple is still working on an augmented reality headset of some kind.

Within the internal Find My app bundle that MacRumors exclusively shared, there is also an icon depicting what appears to be an AR or VR headset that looks similar to the Google Cardboard.

Kuo understands that Apple’s AR glasses will be marketed as an iPhone accessory and primarily take a display role while wirelessly offloading computing, networking, and positioning to the iPhone.

Designing the AR glasses to work as an iPhone accessory is also expected to allow Apple to keep the glasses slim and lightweight, rather than trying to pack in all the processing hardware into the one device.

As early as November 2017, Bloomberg reported that Apple was developing an AR headset. Apple originally aimed to have it ready by 2019, but the company was relaxed about not shipping a product until 2020. The report said the headset would run on a new custom operating system, based on iOS, and dubbed “rOS” for “reality operating system.”

In addition, today’s report underlines Kuo’s previous prediction that the most important change to the Apple chassis industry chain in 2020 will be the upgrade of the 5G iPhone’s metal mid-frame/chassis.

For Apple’s 2020 iPhones, Kuo believes the company will adopt a new metal frame structure reminiscent of the iPhone 4, which will significantly increase the unit cost due to the increase in processing procedures and the integration of composite materials.

Today’s report from the respected Apple analyst also covered Apple’s iPad Pro and MacBook plans for 2020, which we’ve covered in a separate article. 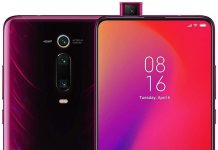 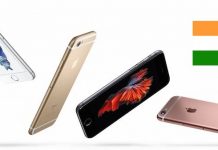 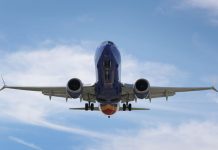