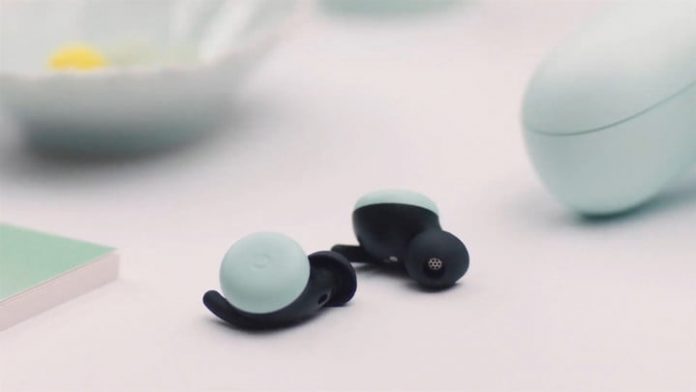 On October 15, 2019, Google officially announced the Pixel Buds 2, its follow up to the Google Pixel Buds, its first wireless earbuds. Unlike the Pixel Buds, the Pixel Buds 2 are a set of true wireless earbuds, making them a lot more like Apple’s AirPods than the first generation. But ditching the cord isn’t the only difference between the new and the old Pixel Buds. We still don’t know all of the details — Google’s announcement was more of a tease than a launch — but here’s what we’ve been able to gather so far, and we’ll be updating this post as we learn more.

Google’s new Pixel Buds 2 will be $179 when they go on sale in 2020, making them $20 more expensive than the Google Pixel Buds which hit retail at $159. The price jump isn’t a surprise given that true wireless earbuds are usually more expensive to make than tethered earbuds, but we were surprised to see Google announce a price for the Pixel Buds 2 that would put them above Apple’s AirPods, which start at $159 for the non-wirelessly charging case.

The biggest difference between the Google Pixel Buds and the new Pixel Buds 2 is the design. As mentioned above, the Pixel Buds 2 use a true wireless design which matches a set of earbuds with a charging case — a model that has become an industry standard. The earbuds themselves are also smaller, fitting nearly flush with your ear, as opposed to the Pixel Buds which are larger and stick out prominently.

The Pixel Buds 2 employ a conventional earbud design, but with a twist: A small air duct — called a spatial vent –incorporated into the main sound channel lets some ambient sounds in, reducing the extent to which the in-ear buds isolate the user from the world around them. We expect the result of this design is a set of earbuds that fit securely and stay put. This stands in stark contrast to the Pixel Buds, which use an almost-in-the-ear design that we found disconcertingly un-snug.

One of the cool aspects of the Pixel Buds, when they were announced, was Google’s real-time translation feature. This has been preserved in the new Pixel Buds 2. However the performance of this feature — as well as call quality and the ability to talk to the Google Assistant — should be significantly better in the Pixel Buds 2, thanks to its beam-forming microphones, which focus on your voice while voice accelerometers detect speech through your jawbone.

The optional Adaptive Sound feature will further enhance these functions as it dynamically adjusts the volume based on how noisy your surroundings are. It’s not quite as fancy as active noise cancellation, but it’s still a nice upgrade.

But perhaps the most notable feature change on the Pixel Buds 2 is the ability to summon the Google Assistant with just your voice. On the Pixel Buds, you need to tap one of the earbuds before saying, “Hey Google,” but now you can just say it and you’ll get an immediate response.

We still don’t know if the Google Pixel Buds 2 will have any kind of IPX protection from water. Google said the new Pixel Buds are sweat- and water-resistant, but just how resistant is still uncertain.

And, of course, we don’t know how the new buds sound. We weren’t exactly blown away by the audio performance of the Pixel Buds, so we’re hoping that Google has made some strides in this department. The company said the Pixel Buds 2 deliver “excellent sound quality,” and there’s no doubt that the new design should help, but we won’t know if Google succeeded until we try them out.

So check back with us over the next few weeks and months. We’ll keep this comparison up to date with all of the latest details as soon as we get them.