Common iOS 13 problems and how to fix them 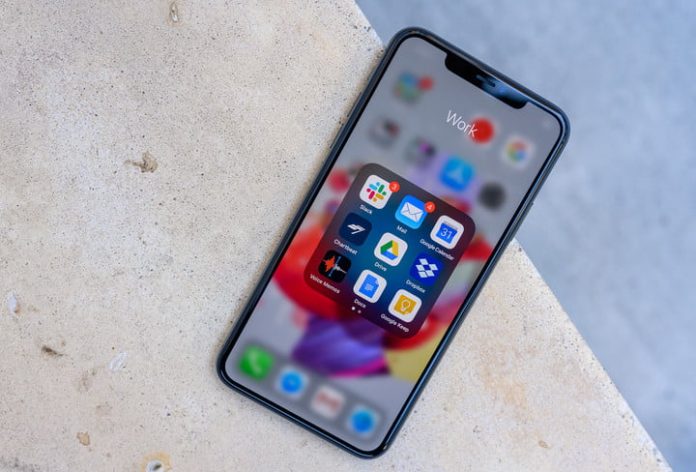 Apple iPhone and iPad owners typically install major iOS updates as soon as they can get their hands on them because they almost always include new and exciting features that people can’t wait to try out.

While some adventurously put betas on their older or even current devices, Apple always cautions that newly minted versions are generally bug-infested and in need of refinement before general release. But even after a formal release, issues always crop up. And with iOS 13, there have been more problems and stability issues than usual. On September 19, after months in beta, Apple released iOS 13 with much fanfare. Sadly, the euphoria was short-lived.

Numerous bugs have plagued iOS 13’s initial release, so much so that Apple quickly released a dot upgrade to 13.1 a week ahead of schedule to squash the worst, most commonly reported problems. It also released an interim fix with 13.1.1. The newest version is iOS 13.1.2, a maintenance or bug fix update that attempts to fix the problems that popped up in 13.1, which also included new features.

The iOS and iPadOS 13.1.2 updates were released for all eligible devices over-the-air in the device Settings. Go to Settings > General > Software Update to get it. Expect more updates to come. If you have already installed iOS 13 in any of its incarnations, you probably have encountered one or more of these issues. While this is by no means an exhaustive list, here are some common iOS 13 problems and what you can do to fix them.

Apple issued a special security warning about third-party keyboard apps in iOS 13. You can run third-party keyboards such as Gboard or SwiftKey, or a slew of others as stand-alone apps, or they can request full access to your OS to communicate with other apps on your device to provide additional features. A bug in iOS 13 might cause these apps to gain full access even without your approval. The bug only affects keyboards that feature full access, which means that Apple’s built-in keyboard or any other keyboard apps that don’t seek full access are not affected by the bug. With full access, keyboard developers can capture keystroke data. With full access, Gboard lets you perform Google searches directly from the keyboard that are sent to Google. You may trust Google or not, but do you trust another lesser known third-party app with the same information?

Numerous issues have been reported with iOS 13 Mail performance. These include the iPhone Mail app not updating, crashing, failing to sync on iPhone or iPad, not opening, failing to send messages, opening draft messages upon launch of the app, failing to load email and third party mail accounts, mail notifications failing, failing to allow new accounts to be created, push not working, and a no sender issue where you cannot see who sent an email to you. One user stated on Apple’s Twitter support account: “Not being able to see who the sender is, is one thing. But if you tick reply, the recipient field is empty. Also, you can’t search on subject. My Mail is now sending duplicate emails to recipients. Really annoying how do I stop this?”

There are numerous possible solutions to a misbehaving Mail app in iOS 13, depending on what you’re experiencing. Here are a range of issues and solutions related to Mail app dysfunction.

With iOS 13, Reminders gets a fresh new interface, new organizational features, smart lists, a new quick toolbar, and the ability to add photos, web links, and documents. But some users report problems with syncing notes, missing lists, deleted reminders, list names reverting to defaults, wrong dates and times, and other syncing issues. One entry on Apple’s Twitter support account reads: “Please fix reminders already! It’s a complete mess. I haven’t been able to access my reminders since updating to iOS 13. Updated my iPhone to 13.1.1 and made it [worse]. http://iCloud.com won’t even show my reminders [anymore].”

Apple acknowledges that Reminders won’t sync properly unless all your devices are running the latest software, including your Mac, whose upcoming macOS Catalina is still in beta. According to Apple, “Upgraded reminders aren’t compatible with earlier versions of iOS and macOS. If you upgrade your reminders on your iPhone with iOS 13, your iPad and Mac using the same iCloud account can’t access your reminders until iPadOS and macOS 10.15 Catalina are available.” Apple says you’ll be able to access your complete Reminders on iCloud.com and also allows users running iOS 13 to delay a full upgrade of Reminders until after macOS Catalina is released. Here’s how to stay out of Reminders trouble if you are a user.

Some iOS 13 users have noticed that battery life seems degraded after the upgrade to Apple’s latest mobile operating system. It’s unfortunate, but no surprise, as there are normally such complaints after every major iOS update. That’s partly because the new OS will cycle through a number of major system-level operations to integrate with your device, such as indexing with Spotlight, Photos, and various iCloud activities.

The problem: Connection issues with the App Store

There have been various network issues, both Wi-Fi and cellular reported with iOS 13. The Apple support Twitter site got this message: “I’m having issue access the App Store via cellular. Hasn’t work for me on IOS 13, 13.1, and 13.1.1. Have to keep constantly refresh it just to get it to work. I’ve factory reset my phone and that didn’t work either.” Connection problems can include an alert that you cannot connect to the iTunes Store when you try to launch the iTunes Store, App Store, or the Apple Books. Sometimes the store won’t load anything or hangs in the middle of a download.

Apple provided some hints on how to fix a cellular connection issue for the App Store, iTunes Store, and Apple Books.

Sit tight. Despite the problems, iOS 13 users should upgrade to iOS 13.1.2 and be sure to install any future fix updates Apple releases. These promise to go a long way in rectifying many issues that marred this otherwise exciting update for so many. Of course, new iPhone owners have no choice in the matter because the three iPhone 11 models shipped with iOS 13 already installed. That said, considering that problems are still being reported, power users who have all systems securely set in the latest version of iOS 12, might consider holding off the upgrade for a bit until the new OS is more stable.

Facebook
Twitter
Pinterest
WhatsApp
Previous articleAmazon Echo Buds vs. Apple AirPods: Which true wireless earbuds should you buy?
Next articleSurface Laptop 3s are repairable, but Microsoft doesn’t want you to do it

When you're buying a hard drive for your Synology NAS, you're looking for two things: solid day-to-day performance, and long-term
Read more
News