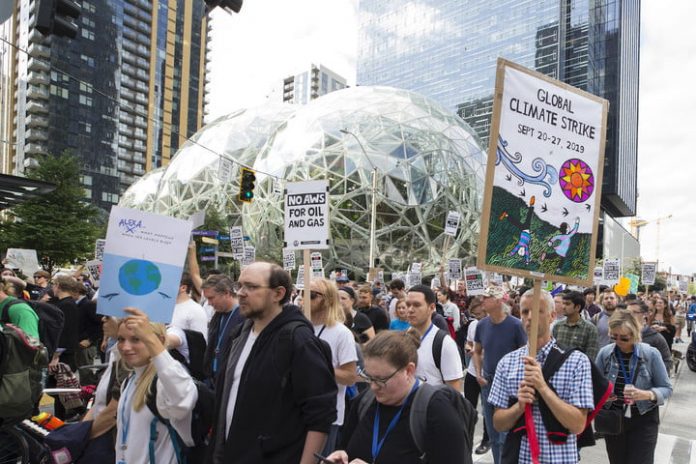 A coalition of organizations worked to raise awareness about the strikes, but it started with children and young adults. Sixteen-year-old Greta Thunberg, who recently testified before a congressional committee, gained fame for her three-week sit-in outside the Swedish Parliament to protest its lack of action on climate change. She continued weekly strikes, and other school kids around the world started joining her for Fridays for Future. In an interview with Teen Vogue, Thunberg asked people to imagine themselves looking back on today in 20 to 30 years. “Do you want to be able to say that you did fight against it and tried to push for a change early on?” she said. “Or do you want to say that, ‘No, I just went on going like everyone else because it was too uncomfortable.’”

The September 20 strikes come ahead of next week’s United Nations Climate Action Summit. Another world-wide protest is planned for September 27. The organizers, especially the young ones, are hoping leaders will take the protests seriously ahead of the summit and find real solutions to climate change.

How did we get here? The science around climate change is robust and spans decades. Here are a bunch of resources to get you up to speed on why protesters are so anxious and angry.

What to read about climate change

The Guardian has 10 charts that explain the global climate crisis.

In 2014, PBS had two scientists try to explain why people don’t believe in climate change.

NASA shows that there’s scientific consensus that humans are causing the planet to warm.

In Losing Earth: A Recent History, Nathaniel Rich writes “nearly every conversation we have in 2019 about climate change was being held in 1979.”

The New York Times explains why winters can still be cold, even as the planet warms.

The recent National Climate Assessment was alarming, but dealing in deadlines may be counterproductive, according to The Conversation and Grist.

National Geographic has some suggestions for how to talk to your kids about climate change, as does The New York Times.

In The Sixth Extinction, Elizabeth Kolbert explains why humans are threatening species’ survival all over the world.

Rising: Dispatches from the New American Shore is Elizabeth Rush’s book of vignettes about places that are already experiencing the effects of climate change.

The Pacific Standard spoke to Leanne Betasamosake Simpson about the ways indigenous people have been sounding the alarm on environmental changes for centuries.

In The Archipelago of Hope, Gleb Raygorodetsky says that indigenous communities are vital to finding solutions to climate change.

Amitav Ghosh’s The Great Derangement: Climate Change and the Unthinkable wondered why literary fiction was failing to address climate change; his new novel Gun Island tries to do just that.

Popular Science explains why “apocalypse is not inevitable.”

What to watch about climate change

Rancher, Farmer, Fisherman (2017) introduces viewers to “heartland conservations” who are trying to preserve their livelihoods, which include fishing, farming, and ranching.

Each episode of Years of Living Dangerously pairs a celebrity host with an environmental expert, as they interview people who are affected by and seeking solutions to these issues.

Before Jay Inslee ran for president, Dr. Andrew J. Weaver made climate change his platform as a Green Party candidate in British Columbia, Canada; Running on Climate (2015) chronicles his run.

In Climate Change: The Facts, Sir David Attenborough and experts walk viewers through the consequences of ignoring the science and letting fossil fuel companies continue to plunder the planet.

What to listen to about climate change

What does the “crying Indian” have to do with individuals’ — as opposed to corporations’ — responsibility to keep the environment clean? An episode of Throughline explains.

Should you stop flying? Not have kids? Terrestrial looks at questions like these and other ways people are reacting to environmental anxieties.

The BBC’s Costing the Earth spotlights at the many ways humans are impacting nature, and how nature reacts in response.

Climate Cast covers all the latest scientific news around climate change, like how it intensified Hurricane Dorian and what’s causing a spike in methane emissions.

America Adapts takes the approach that humans will have to learn new ways of survival as the earth changes.

Reversing Climate Change is exactly what it sounds like: an examination of the tech that could clean up some of the messes we’ve made.

A sort of beginner’s guide to climate change, TILClimate breaks down everything you need to know about a big, complex topic.

Warm Regards brings in a variety of experts to talk climate and science, especially in a social context.

With a large backlog of episodes, Climate One has interviews and panels with everyone from Jane Goodall to the recently deceased Oracle of Oil, T. Boone Pickens. 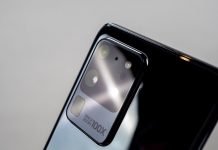