Home News This biotech startup wants to put your DNA in a vault on...
News 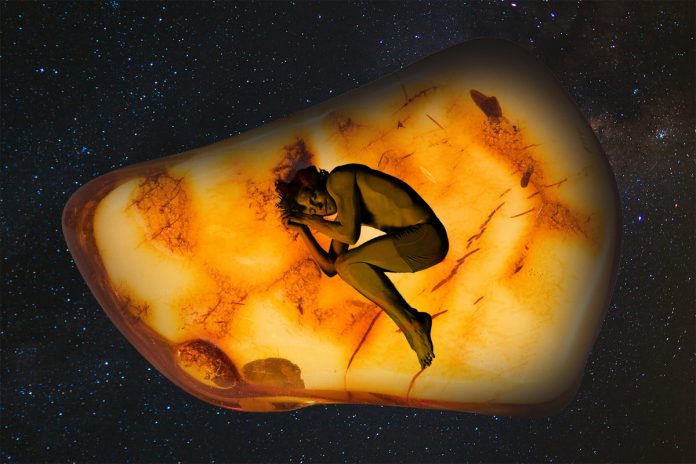 The crazy idea: A new space and biotech startup wants to build a pyramid on the Moon to store the DNA of every plant and creature on Earth — yours included. The crazier idea: It may not turn out to be so crazy, after all.

The San Francisco-based startup LifeShip is the work of engineer and entrepreneur Ben Haldeman. Haldeman’s idea is to offer anyone who wants it the opportunity to have their genetic code sent to the Moon, courtesy of a $99 swab-based DNA kit. These cumulative DNA samples will be assembled over the next couple of years, combined with other life-based code into into a giant archive, embedded in a polymer he describes as “synthetic amber,” and then shot into space.

A landing page for LifeShip’s website quotes Maximus Decimus Meridius, the character played by Russell Crowe in Gladiator: “What we do in life, echoes in eternity.” There’s also a “Sign Up Now!” button which promises to “reserve [your] spot on the Moon.”

“The biggest DNA products so far have been ancestry services; letting people look back at their family tree and where they’ve come from,” Haldeman told Digital Trends. “I think this is a whole new product around the future of your DNA. The future comes with a sense of wonder.”

“We’re putting a monument on the moon that people everywhere will be able to look up at, and see a piece of themselves in the night sky.”

The idea is, at its core, a space age upgrade of a time capsule. Only instead of containing a video of your grade school class and a copy of the day’s newspaper, it’s intended as a DNA record of Earth life as it exists in the present day. And rather than being buried in a field, it’ll be placed on our planet’s celestial neighbor.

“We’re putting a monument on the moon that people everywhere will be able to look up at, and see a piece of themselves in the night sky,” Haldeman said. They can look up and see a symbol of all life on Earth. Each one of our species, each one of us as humans, has part of the big story of [our planet] in their genetic code.”

The journey to LifeShip

Ben Haldeman comes to LifeShip with an impressively assured background. For his Master’s degree at UC Berkeley, where he studied Mechanical Engineering and Product Design, Haldeman developed optical instruments to help find amino acids in the soil of Mars. After that, he worked on a project building telescopes to look for new planets and star systems which may or may not house life. Then it was onto Planet, a company which operates large fleets of networked Earth imaging satellites. “I was increasingly starting to feel like my work was not just about people in space or robots and technology in space,” he said. “It was about how life expands.”

In December 2018, Haldeman took a vacation. He went to Guatemala for a walking holiday, with one particularly memorable hike around Lake Atitlán, an enormous body of water in the Sierra Madre mountain range, surrounded by volcanoes. For some reason, Haldeman began thinking about building biospheres, “big bubbles with all of life in it.” These closed systems — with their self-regulating, shrunk-down versions of global ecological systems — have appealed to scientists for more than a century. They are to biologists, geologists, and others interested in the natural world what a model cityscape are for the rest of us: perfect replicas of a sprawling chaotic system, made orderly through miniaturization.

Haldeman had an extra complex spin on it, however. He wanted to build his biospheres in space. Only he knew that he couldn’t. The idea, certainly with present levels of technology, was preposterous. So he began scaling back his idea to make it feasible. “I had this sense and feeling of ‘how does the Earth want to move outwards?” he explained. “How does Gaia want to reproduce? It came down to me thinking about how you can do this in the smallest possible way.”

This is how the idea of LifeShip came about. Instead of physically transporting every species into space, like a science fiction Noah, he would instead take records of them in the form of DNA. “There are already a lot of amazing seed banks and archives on Earth,” Haldeman said. “Humanity sees the value in saving this genetic information long-term. What we’re really doing is to build the ultimate archive by building it further away from the original source.”

It’s more about saving for an unknown future, as well as a gift to our descendants.

Part of the decision to house this archive off-planet is because of his concerns about what will happen to our planet in the coming decades. “I think it’s more about saving for an unknown future, as well as a gift to our descendants,” he explained. “If we do get to the point of sending this to beyond the solar system, it’s also a gift to other life out there. It really becomes a record of a pretty incredible planet, which we have here on Earth.”

While the Moon might seem a little far away as an archive (although, conversely, perhaps not far enough should some Earth extinction event actually occur), Haldeman sees this changing. At least, as far as humanity’s ability to access it goes.

“Really regular access to the moon is coming in the next couple of years,” he said. Should LifeShip become a fully-fledged reality, his company plans multiple trips to the Moon, each time dropping off a new round of records to add to the DNA library.

So when does Haldeman foresee the first human DNA making its way to the stars? To paraphrase Ozymandias, the antagonist from Watchmen, it’s already happened. Well, to some extent that is. In March, a SpaceX rocket launched an Israel spaceship. It carried, onboard, Arch Mission’s Lunar Library, approximately 30 million pages of analog and digital archives of human history in the form of a small stack of nickel discs. It contained something else, too: a drop of epoxy resin with 100 million cells from 25 humans and assorted other organisms.

Unfortunately, SpaceIL’s Beresheet lander crashed on the lunar surface moments before it was due to land on the Moon. However, while Israel’s hopes of a successful lunar landing may have been dashed, the lander’s payload reportedly survived. (And, just like that, records of twice as many humans as have ever walked on the Moon landed there.)

Haldeman plans to launch his series of at-home consumer DNA test kits next month. A fundraising Kickstarter is also planned for later in the year, possibly in conjunction with a round of venture financing. (Until now, he’s been boot-strapping the whole escapade.) Haldeman said that LifeShip will spend the next two years collecting its first batch of DNA, with the goal of depositing its payload on the Moon sometime in 2021. If the insects and plants which have been trapped in tree amber are anything to go by, the resulting DNA sequences should last for millions of years. That’s long after LifeShip’s initial customers will be forgotten.

Oh, and as to the pyramid? That’s unlikely to be part of the first mission. But it’s absolutely planned for the future. “A pyramid is a globally recognized symbol that has had meaning in all sorts of cultures and periods of human history,” he said. “I feel like even if we could put a small one on the moon and connected all of our DNA into it … it would be a proper monument to Earth and humanity. It could be a pretty powerful symbol.”

The Nest Hub codes, though, don't seem to be working.What you need to knowGoogle is sending out promotional emails to
Read more
News

Sign up for My Best Buy and score one of the new Microsoft Surface devices with low monthly payments.
Read more

Sign up for My Best Buy and score one of the new Microsoft Surface devices with low monthly payments.
Read more