Home How to How to get the Apple TV+ streaming service free for an entire...
How to 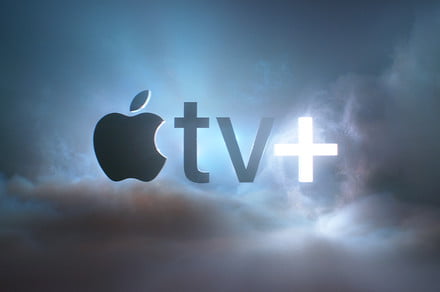 So, there we have it: Apple has announced that its on-demand streaming service — Apple TV+ — will launch on November 1 and will cost just $5 per month ($11 less than Netflix’s equivalent 4K Ultra HD plan). But follow a simple instruction and you can access the platform for a year, for absolutely nothing per month. Interested? Here’s how to get Apple TV+ for free.

You don’t have to do much, either. That’s right — there’s no frustrating online survey and no need to hand over credit card information to activate a free trial. Instead, all you need to do is purchase a new (not necessarily a new model) Apple TV, iPad, iPhone, iPod Touch, or Mac, and the voucher will be credited to your Apple ID, available for use from November 1.

We know, we know — you still have to part with some cash to snag a membership for free and what you’re buying is going to set you back a lot more than the $60 a year’s Apple TV+ subscription would, but let’s not forget: Apple announced a deluge of new hardware at its September event, so it’s a nice added bonus if you’re bagging a new iPad or iPhone 11.

Most importantly, Apple TV+ is obviously going to run best on an Apple TV. That means there has never been a better chance to pick up an Apple TV or Apple TV 4K — you’ll be getting the hardware and tvOS software, as well as a year’s worth of access to Apple’s own streaming platform, which is only going to get better with time (after all, a lot can happen in a year).

That’s not to say there won’t be an ample amount of content to choose from, though; Apple has poured billions into securing material for the service, including both network and exclusive shows. It’s the latter that the firm is betting big on, enlisting the help of Hollywood stars like Jennifer Aniston, Reese Witherspoon, Oprah Winfrey, and Steve Carell to draw in viewers.

Want to learn more about Apple TV+ and all the shows headed its way? You can find everything you need to know right here.

WhatsApp recently released a feature that allowed you to share contacts using a QR Code. This allowed for users to share their own and scan other QR Codes, saving users the trouble of exchanging mobile numbers or contact details. A new feature lets you share WhatsApp QR Code for groups, allowing you to invite others to join your private groups.The feature is currently in beta, but once it becomes public will maintain the same steps.A pre-requisite to this step is being the Admin of a group. This helps prevents members of the group from abusing the feature.In addition, the QR code is static. Anyone with access to the QR code can join the group, so be careful who you share it with.Step 1.If you are the admin of a group, tap on your group settings. You can quickly access this by pressing the header of your group.Alternatively, you can also press the three dots at the top right of the group window, and tapping on Group info.Step 2.Tap on Invite via link. You’ll see a lot of options here, but there will be a new option for QR Code, tap on that.WhatsApp will generate a QR code for that group.Step 3.If you’re looking at scanning the code, go back to your main screen on WhatsApp (where all your chats are located).Press the 3 dots at the top right of the screen and choose Settings. Look to the right of your name and status to see a QR Code icon.Once you tap on it, swipe to the right and you’ll get the option to scan a WhatsApp QR Code.If you’re looking to share the code, you can take a screenshot of the QR code and send it to the person for them to scan via their computer screen using their phone.Alternatively, if the person is in physical distance, they can also scan the code directly from your phone screen.The feature is currently in Beta, and might not be available to all users. You’ll have to wait patiently for the feature to become public.With the help of QR codes, adding people to a group is now further streamlined. You no longer have to add a person as a contact to add them to a group.Errors, omissions? Be sure to let us know what might be wrong and we’ll make an adjustment.
Read more
How to

Your Android phone starts out lightning fast, but can slow down over time. Our tips keep your handset snappy.
Read more
How to

How to change the screen timeout option in MIUI

Normally, adjusting the screen timeout option is as easy as going into the display settings and changing the value. However,
Read more