Apple Watch Series 5 Models Offer 32GB of Storage, Up From 16GB in Series 4 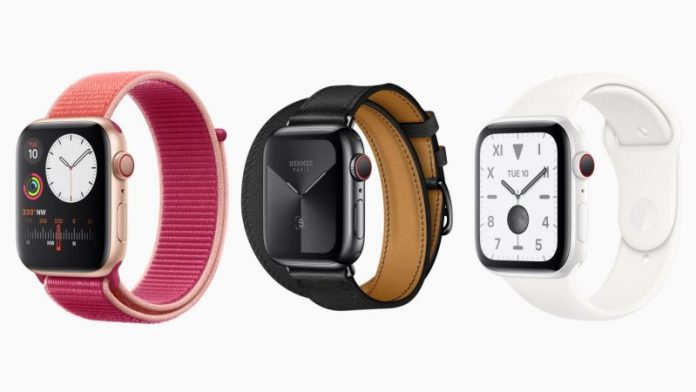 The new Apple Watch Series 5 models, which Apple unveiled today, feature 32GB of internal storage for music, photos, apps, and other content, according to Apple’s specifications for the new device.

At 32GB of storage for both GPS and Cellular models, the Apple Watch Series 5 offers double the storage of the previous Series 4 models. Apple may have increased the storage in the new device due to the Apple Watch App Store that’s available in watchOS 6, set to be released on September 19.

Along with additional storage, the Apple Watch Series 5 offers an always-on Retina display for the first time, which allows the watch face to be activated permanently. There’s also an international emergency calling feature that contacts emergency services when you activate SOS regardless of which country you’re in.

It also includes a built-in compass feature and Compass app for keeping track of your orientation, along with an S5 processor. The Series 5 comes in aluminum, stainless steel, and in new titanium and ceramic finishes.

For the first time since the Apple Watch launched, Apple is allowing customers to choose any available band to go with the case of their choice using the new Apple Watch Studio.