Realme XT has a lot going for it: the design has been refreshed, with the phone featuring a glass back that’s protected by Gorilla Glass 5. The internal hardware is great for a device in the mid-range segment, the phone charges over USB-C, and ColorOS 6.0 isn’t annoying to use. The primary reason to be interested in this phone, however, is the 64-megapixel shooter at the back.

Xiaomi continues to dominate the budget segment, and right now, the Redmi Note 8 Pro is the only 64-megapixel phone that you can actually buy. The camera is on par with that of the Realme XT, and the macro lens is usable. You also get NFC, IP52 rating for dust and water resistance, and a 4500mAh battery with 18W fast charging.

Xiaomi and Realme have launched their first phones with 64-megapixel cameras, and interestingly enough, both brands are using identical quad camera arrays at the back. The rest of the hardware isn’t all that bad either, and with both phones set to make their way to global markets shortly, here’s what you need to know about the 64-megapixel revolution. 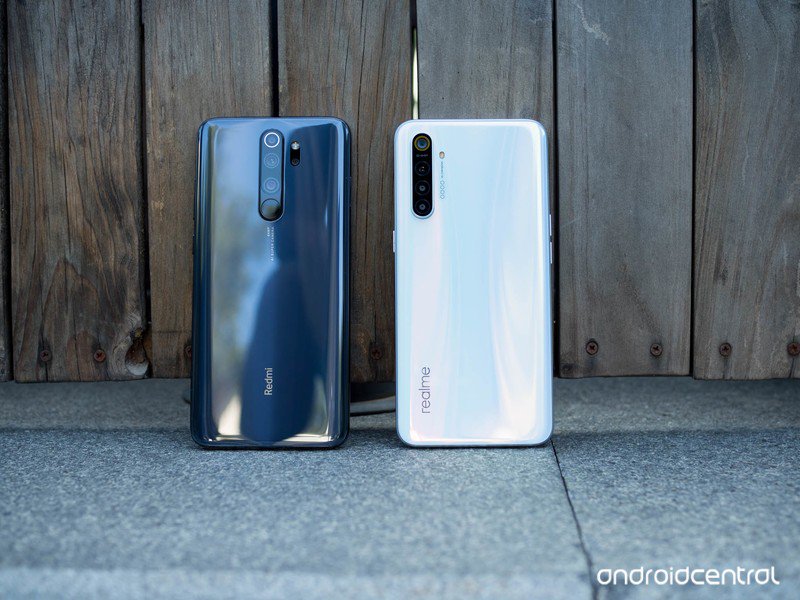 The rivalry between Xiaomi and Realme has intensified over the course of 2019, with both brands maintaining a frenetic pace. For Xiaomi, the stakes are high: the brand has stood at the summit of India’s handset market for eight straight quarters, and it doesn’t want to relinquish the crown. Realme, meanwhile, is breaking records of its own, picking up a market share of 9% in just 15 months.

There’s so much in common here that you’d be forgiven for thinking both phones are from the same brand.

In that context, it makes sense that both brands rolled out their 64-megapixel offerings in the same week. That said, Xiaomi has kicked off sales of the Redmi Note 8 Pro in China, whereas Realme is yet to formally launch the XT. An Indian launch is slated for a few weeks from now, which is when we’ll know how much the device costs.

With that out of the way, let’s get to the devices. I’m going to start with the Realme XT, because there are a few key changes on the design side of things. The phone now has a glass back with a gradient pattern, and both the front and back panes of glass are protected by Gorilla Glass 5. That’s a big deal for Realme, which has fielded polycarbonate designs in this segment this year. The switch to a glass panel makes the XT that much more premium.

Xiaomi, meanwhile, has been offering glass-backed designs for some time now. The Redmi Note 8 Pro picks up rounded corners and subtle curves at the back that make it easier to hold. The fit and finish is excellent, and the green color variant in particular looks stunning. Xiaomi is also offering a layer of Gorilla Glass 5 at the front and back.

Dominating the front of the Redmi Note 8 Pro is a 6.53-inch FHD+ IPS LCD panel. The screen itself is near-identical to what Xiaomi fielded in this segment earlier this year, and you get decent colors and zero issues with sunlight legibility. The Realme XT, however, features an AMOLED screen that has more vibrant colors.

The Realme XT has an in-screen fingerprint sensor, but the Redmi Note 8 Pro has NFC and an IP52 rating.

The combination of face unlock and in-screen fingerprint module give the Realme XT an edge over the Redmi Note 8 Pro. Xiaomi is still using a traditional sensor at the back, and it’s located within the camera housing, with the fourth lens located below the LED flash. The location combined with a smaller sensor and lack of an indent makes it hard to access the sensor reliably with your finger. It works very well once you do get to it, but this is a change that Xiaomi could have done without. Xiaomi said that the decision to put the sensor in the camera housing was to create a more seamless design at the back, but it hasn’t worked to the manufacturer’s benefit in this instance.

Where the Redmi Note 8 Pro wins, however, is with water resistance. For the first time, Xiaomi is offering an IP52 rating for one of its budget devices, and that should make the phone that much more resistant to dust or water ingress. Another welcome change on the Redmi Note 8 Pro is NFC; the feature is now standard across all variants of the device, and that makes the phone a much more attractive option in global markets.

I haven’t used the Redmi Note 8 Pro enough to get an accurate reading on how good the Helio G90T is at everyday tasks, but the little I used suggests it should be on par with Qualcomm’s Snapdragon 7xx series. That’s a good thing, because the Realme XT is powered by the Snapdragon 712. I’ll update the post once I’ve used the final variant of either device, but this area should not be an issue. Both Xiaomi and Realme offer 64GB of storage as standard, and memory options of 6GB or 8GB.

The first devices with 64MP cameras 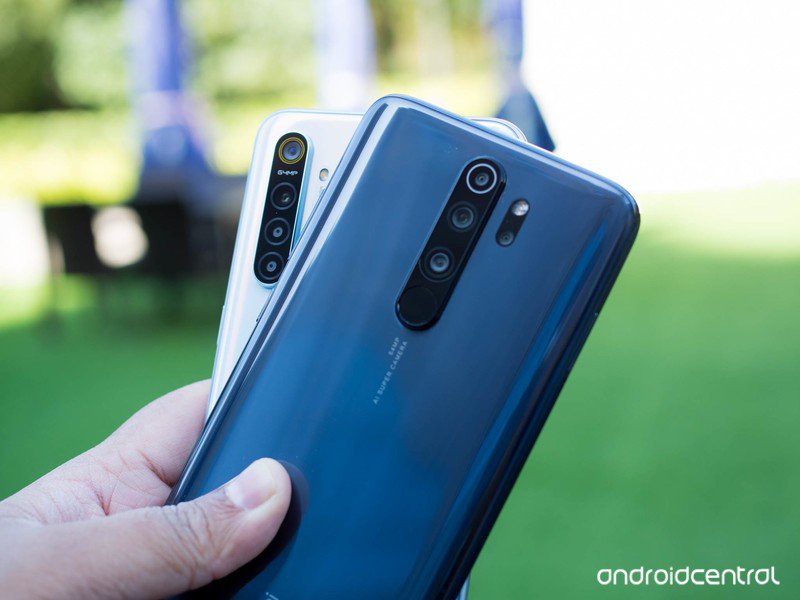 Realme has shown over the course of the year that it is the brand to beat when it comes to camera prowess, with its budget phones outdoing Xiaomi and every other manufacturer. Realme’s camera team mentioned that it was trying to emulate the color profile of the Pixels, and that is immediately evident in the kind of photos you get with the Realme XT. The same was true of the Realme X, and this time around Realme was able to leverage the 64-megapixel sensor, leading to truly stunning shots.

As for Xiaomi, it has made huge strides in this area over the course of the last 12 months. Xiaomi collaborated with Samsung on the GW1 sensor, and it’s clear that the brand is positioning the camera side of things as a differentiator. Both phones are using the same camera modules, and not just for the primary lens. The 8-megapixel wide-angle lens, 2-megapixel macro shooter, and the 2-megapixel portrait sensor are identical across both devices. That makes it easier to determine what brand has done a better job tuning the software to take full advantage of the camera hardware, so let’s take a look. 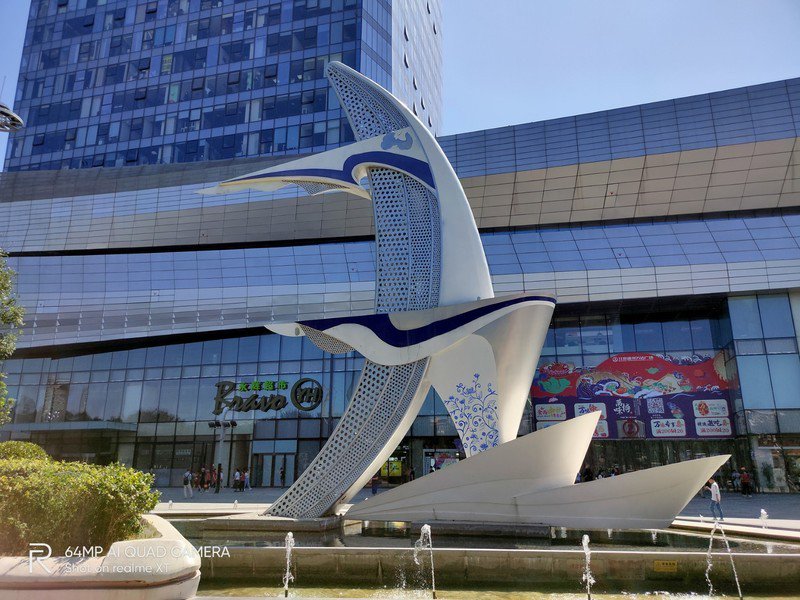 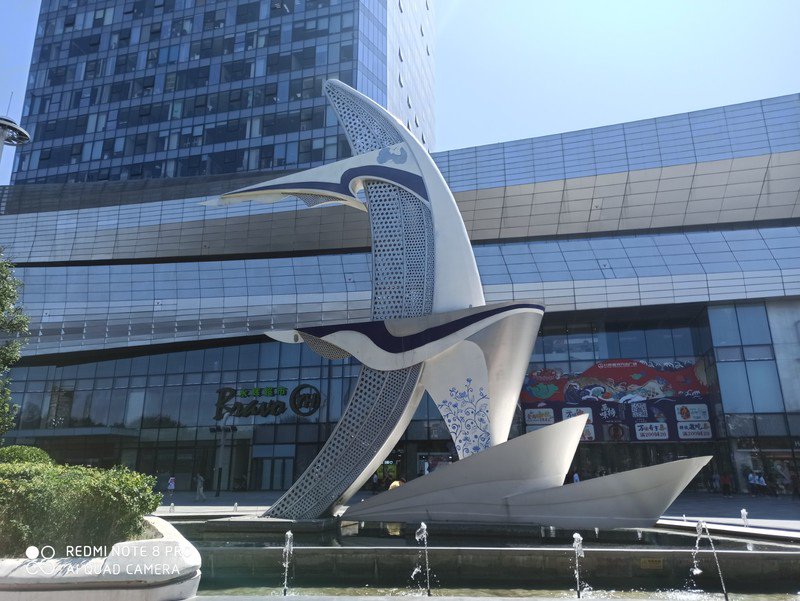 Realme XT on the left, Redmi Note 8 Pro on the right. 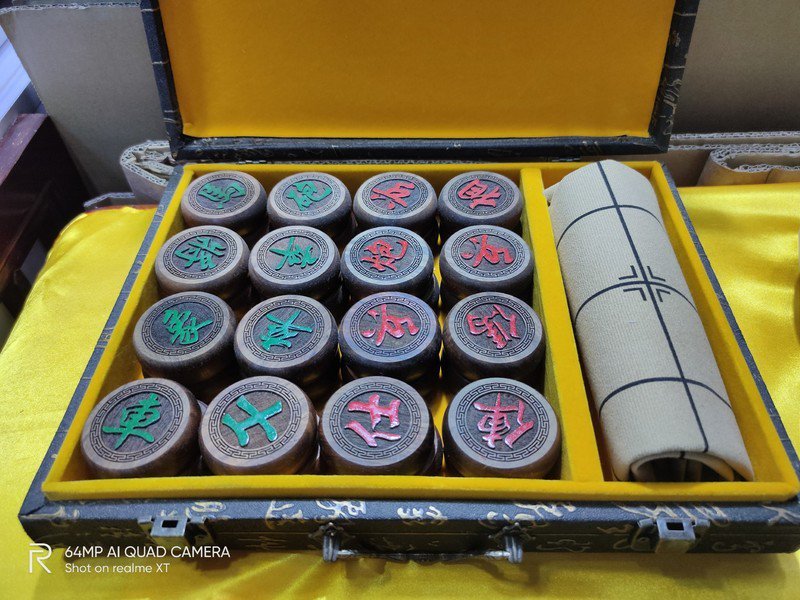 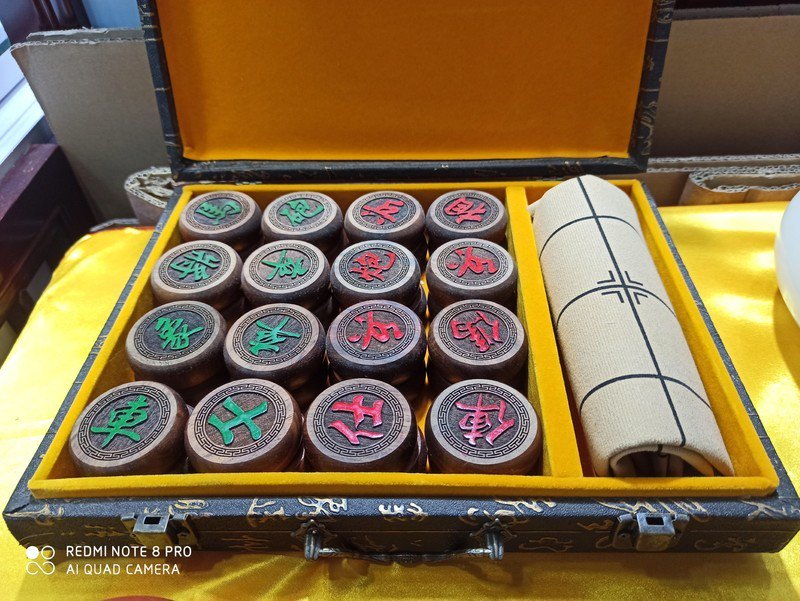 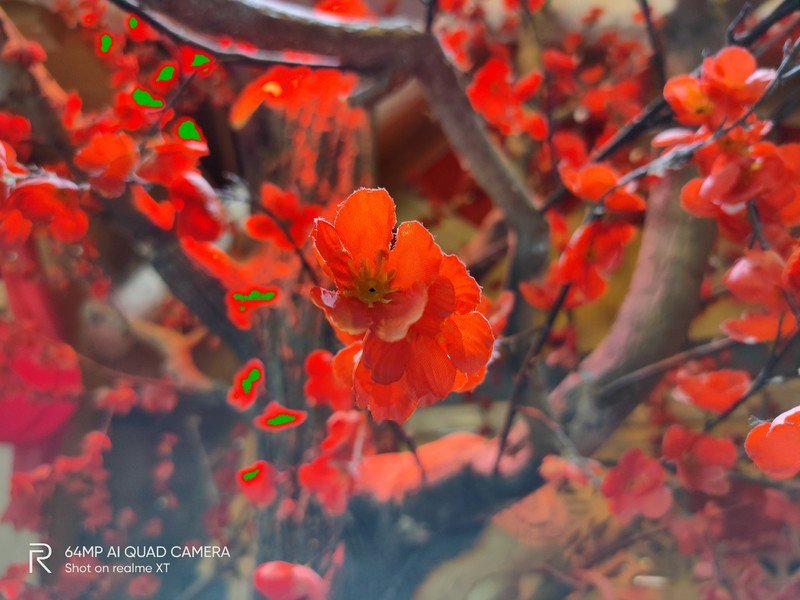 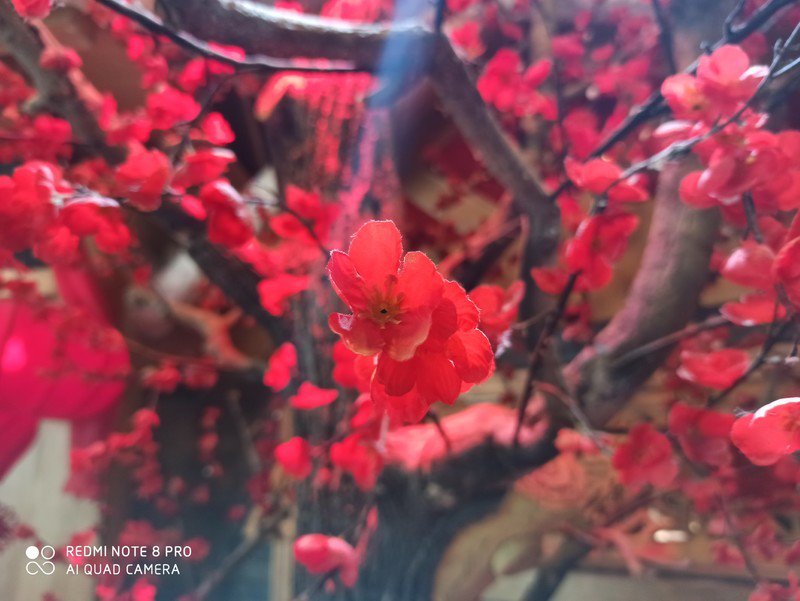 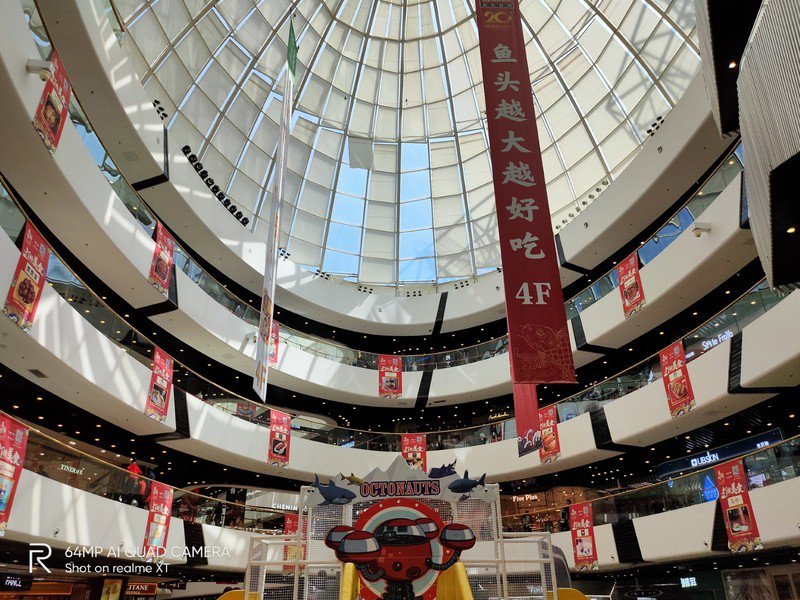 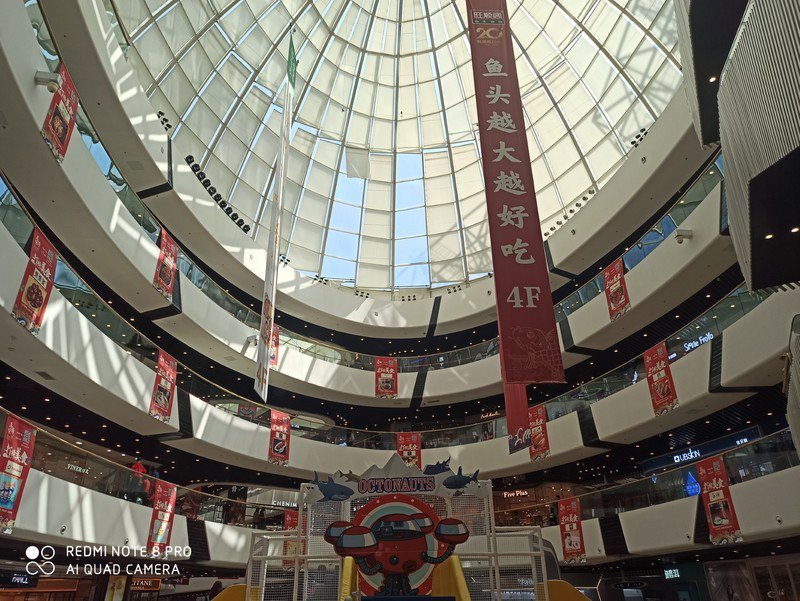 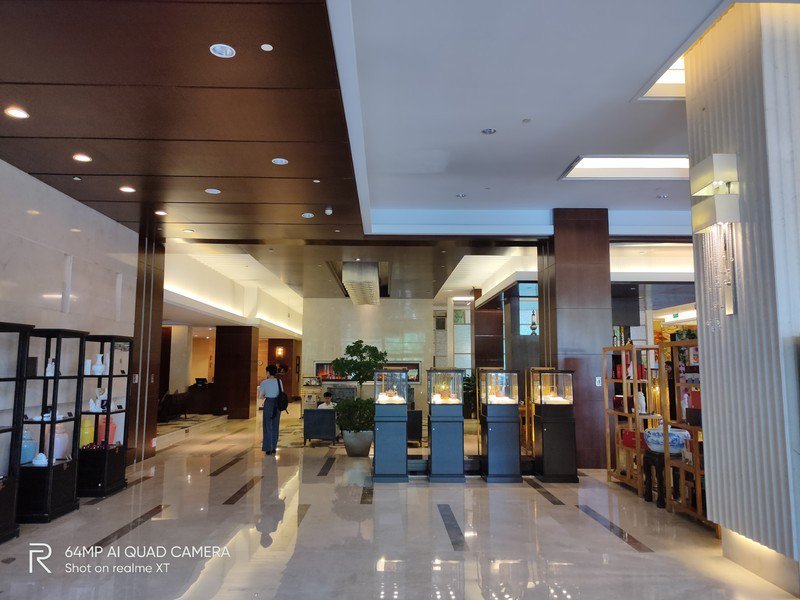 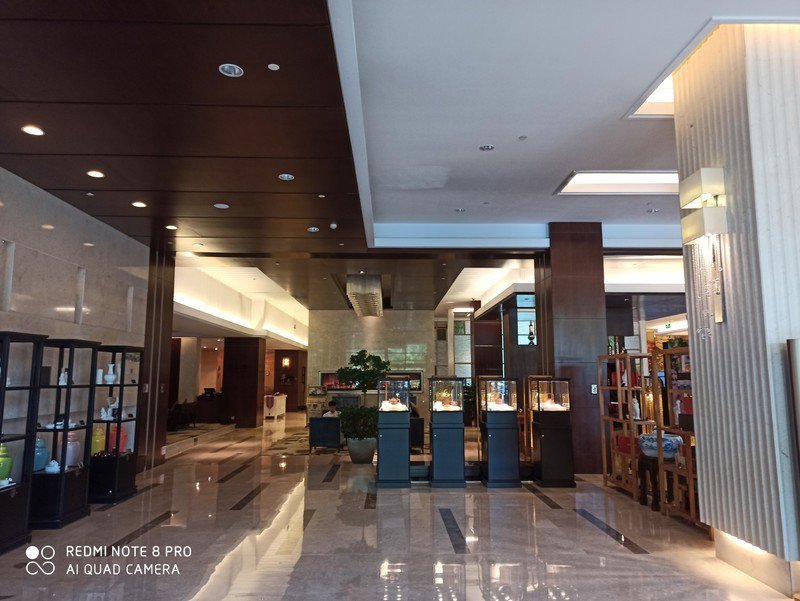 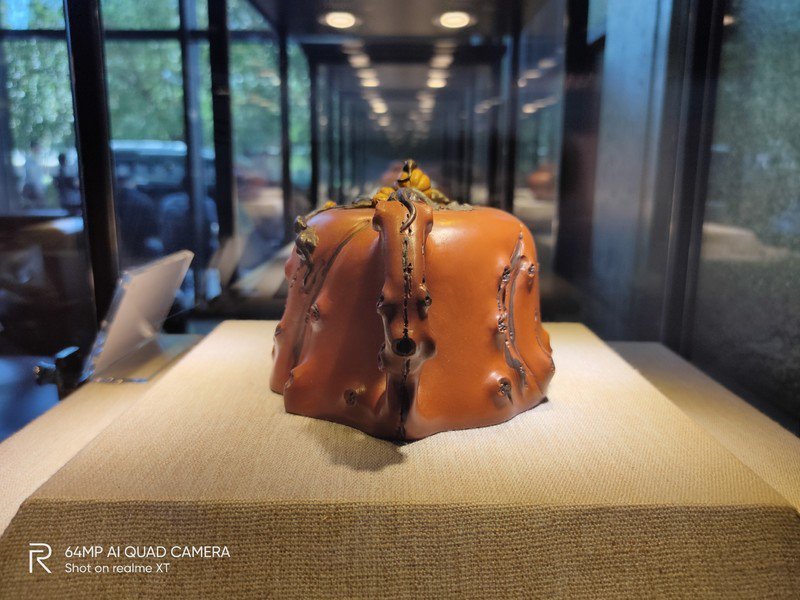 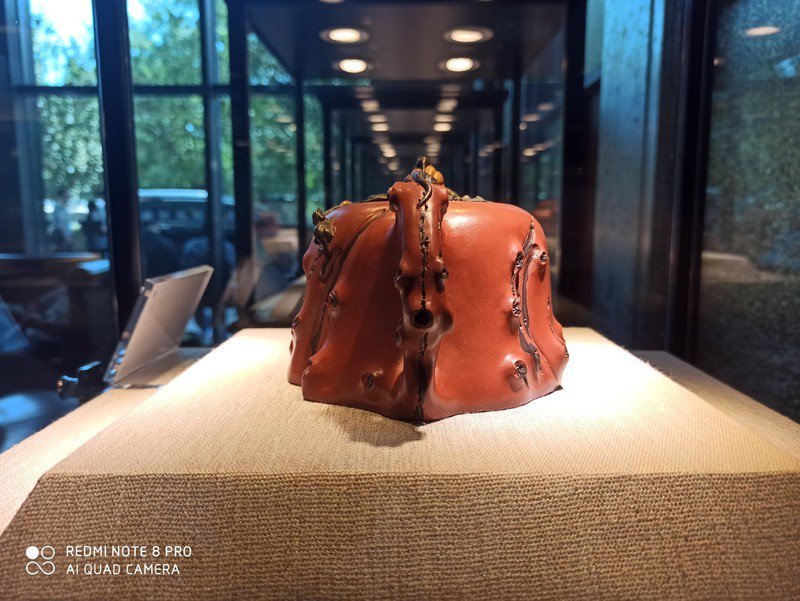 Shots from the Realme XT have more dynamic range and better detail. Outdoor shots taken with the Redmi Note 8 Pro tend to be washed out at times, but the camera outshines the XT in indoor scenarios. I’ll update the post once I get my hands on retail versions of both phones, but for now they’re on an equal footing. That’s a given considering both devices are using the same sensor. 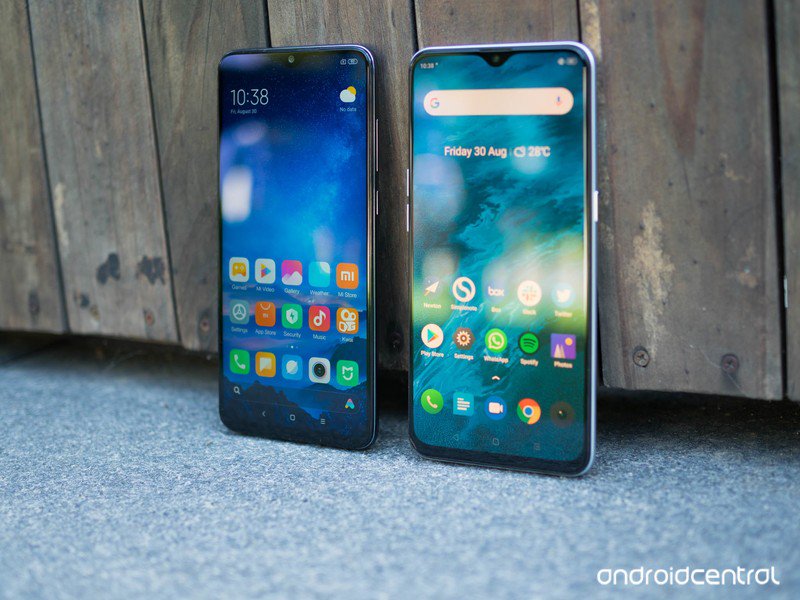 We’ll have to see how things shake out once both phones make their debut in global markets, but for now, both phones look very promising. Realme has done a decent job tuning the cameras on its phones, and that fact is evident once you start using the XT. Of course, you can’t buy the phone just yet, but it should be launching in India sometime later this month.

As for the Redmi Note 8 Pro, Xiaomi says a launch in India is still two months away, so it is likely that Realme will be the first to offer a phone with a 64-megapixel camera in the country. Xiaomi will be looking to launch the Redmi Note 8 series in time for India’s festival season, and you may want to wait considering the extra features on offer.

The default option if you want a 64-megapixel camera.

Realme has shown that it can make a great budget phone, and the Realme XT is no different. It has the same camera hardware as the Redmi Note 8 Pro, and if recent history is any indication, it will undercut Xiaomi. The phone also has a glass back that makes it look more premium, and the internal hardware is plenty good for a device that will cost less than $300.

The Redmi Note 8 Pro has a lot to offer, but Xiaomi may not be the first to roll out a 64MP phone in India. That said, you’ll want to wait because the device has a stunning design, the Helio G90T is an interesting addition, and you get 18W fast charging with NFC and IP52 dust and water resistance.