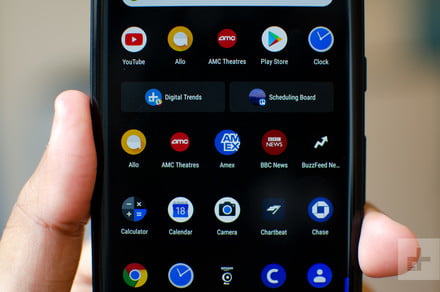 Have you downloaded a photo editing app to your Android phone? It’s worth checking where that app came from and seeing if its on the list below. It turns out that a series of Android apps disguised as photo editing apps and games have been serving ads that are part of fraudulent schemes.

The ads themselves take up the entire screen of the phone when they’re served, and the scheme was discovered by Trend Micro, which reported that it found a whopping 85 apps on Google Play that were part of the scheme. The apps had been downloaded over 8 million times, but have thankfully now been removed from the Google Play Store.

Often, the ads would run on a user’s device — and while doing so, would silently and invisibly serve other ads in the background and click on those ads without the user’s knowledge or consent. The result of that is that ad revenue would be generated. The apps even protected themselves from being deleted from a device; they would keep a record of when they were installed, and lie dormant for half an hour. Then the app would hide the home screen icon and create a shortcut on the home screen instead, meaning that if a user tried to uninstall the app, they would instead simply be removing the shortcut.

As mentioned, these apps have been removed from the Google Play Store, so it shouldn’t be possible for users to download them anymore. If you have the app on your phone, you should be able to uninstall it by heading to Settings > Apps & Notifications > See all apps, then tap on the app and hit the uninstall button. Here, even hidden apps should be shown.

Worried that you might have one of these apps on your phone? Check out the list of the apps below.

Facebook
Twitter
Pinterest
WhatsApp
Previous articleAmazon cuts $52 off this Samsung Galaxy 10.1-inch tablet for the whole family
Next articleLooking for a good cheap phone? Get the Samsung Galaxy A10 for $145 on Amazon
- Advertisment -