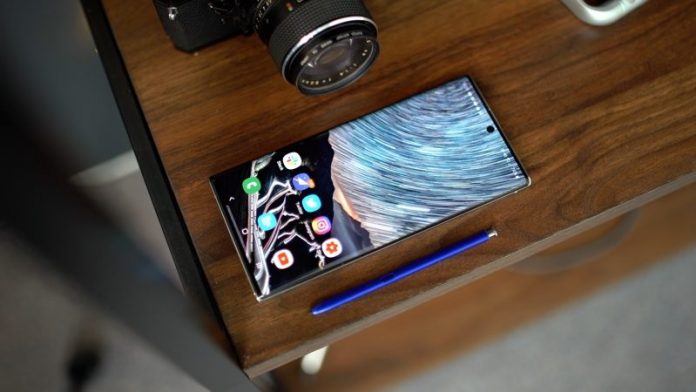 The new Galaxy Note smartphones have impressive edge-to-edge displays with pinhole camera cutouts, S Pen support, and a long list of additional features that are designed to make them stand out. In our latest YouTube video, we go hands-on with the Note 10+ to check out what Samsung has added to try to compete with the iPhone lineup.

iPhones don’t support a stylus, and we’re not expecting the Apple Pencil to work with the 2019 lineup, but Samsung’s Galaxy Note 10 devices do work with a stylus called the S Pen, which has long been one of the main Note features. 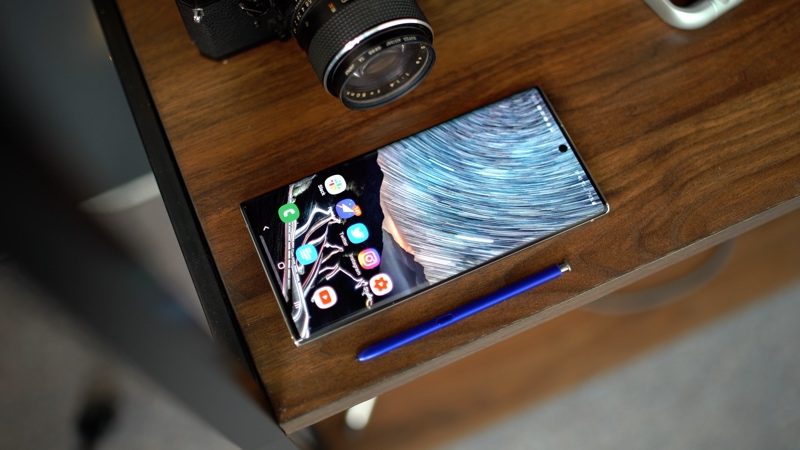 The S Pen has a new look in 2019, but it’s mostly the same. You can use it for taking notes, writing on the screen, sending live messages, and more. It’s basically like the Apple Pencil for the iPad. 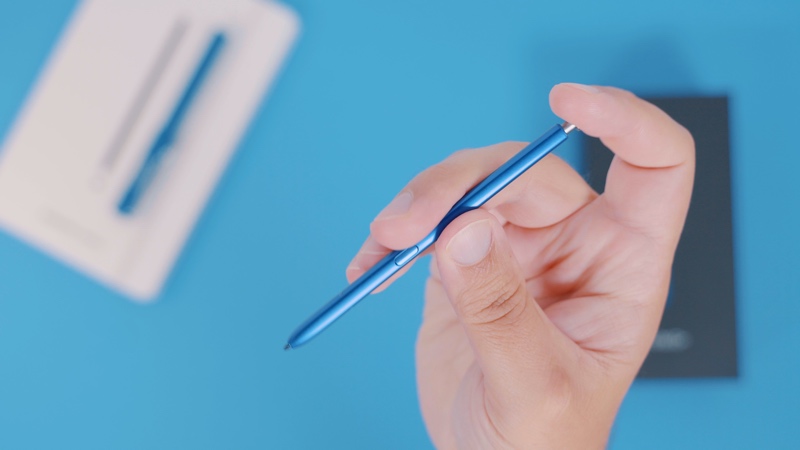 With the Galaxy Note 10 and the S Pen, handwritten notes can be turned into text, and you’re also able to search through your handwritten notes. It’s a feature that worked well in our testing.

One major new S Pen feature that’s a little bit fun and a little bit gimmicky is AR Doodle, designed to let users write text or create drawings on top of what’s being viewed through the camera.

It’s essentially drawing in augmented reality, which is neat, but probably not something most people are going to use on a regular basis.

The larger version of the Galaxy Note 10 (the Note 10+) is equipped with an extra DepthVision camera that enables some interesting 3D scanning functionality.

Samsung on stage used this feature to scan a plush toy to make a correct, 3D digital version of it, which is what it’s supposed to do. Unfortunately, in our testing, the 3D scanner is mediocre. 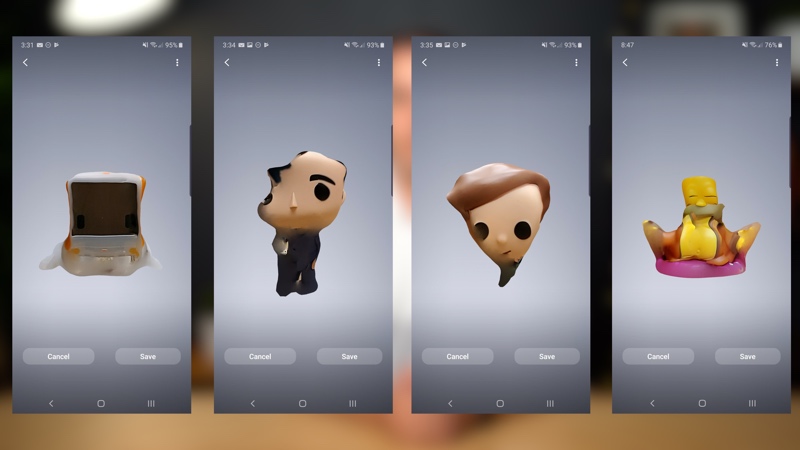 We couldn’t get anything to scan accurately, with limbs getting cut off, designs being warped, and other problems, even when testing all kinds of lighting conditions. Maybe it’ll get better in the future, but as is, this feature isn’t useful.

A camera feature that is useful is the new Live Focus Video option that brings the Live Focus available in Samsung photos to the video camera, so you can adjust the depth of field while you’re filming.

Another camera feature we liked as the zoom-in audio option. When you zoom in on a subject that you’re filming, the microphone is able to isolate that subject and amplify the sound, which is neat. When you zoom back out, the audio returns to normal.

Samsung devices have a feature called DeX, which is basically designed to let you dock your Samsung smartphone to a PC to turn it into a mobile workstation.

You used to need an external monitor, but with the Galaxy Note 10 and Note 10+, DeX works with both Mac and Windows machines. Mac users can download the DeX app for the Mac, plug the Note 10 in, and then control smartphone functions on the big screen. 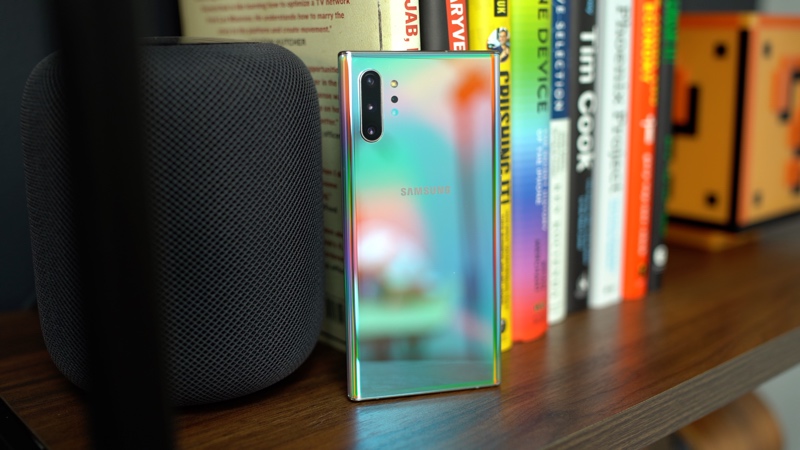 On some Macs, though, the resolution is poor, which can make it a bit hard to see what you’re doing.

One of the coolest Galaxy Note 10 features is the color. Samsung is offering the Note 10 and Note 10+ in this rainbow-like shade called Aura Glow. It stands out and really catches the eye, especially when compared to the standard Silver, Space Gray, and Gold that most iPhones come in. 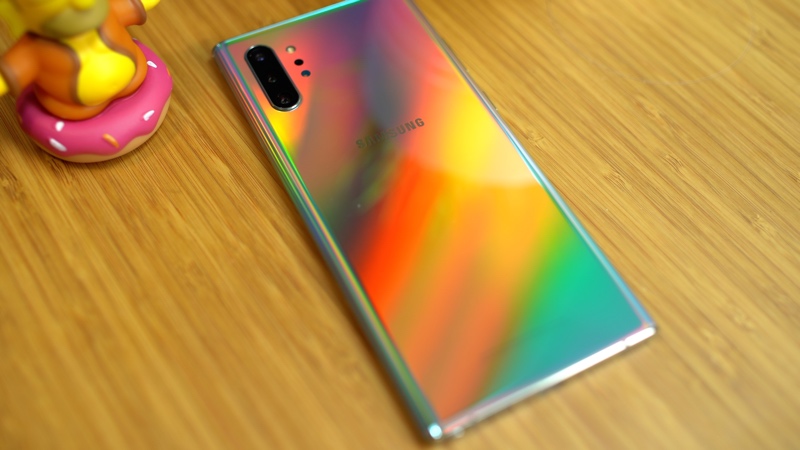 iPhone users who always feel like their devices die quickly might be jealous of the battery in the Note 10+ – it’s 4,300mAh, which is massive. It can also take advantage of a 45W charger that can fast charge it from zero to full in just about an hour.

Samsung’s not including a 45W charger in the box, but since it charges over USB-C, you might already have one laying around.

What do you think of Samsung’s new Galaxy Note 10 smartphones? Let us know in the comments.