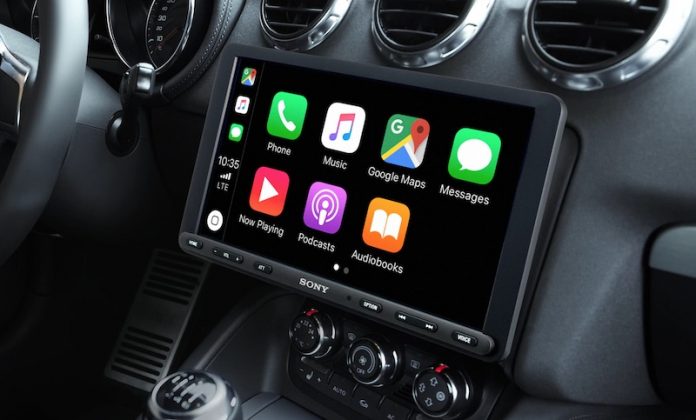 Sony today unveiled its latest CarPlay and Android Auto receiver with a large 8.95-inch touchscreen that hovers over the dashboard, allowing it to fit into a smaller single-DIN space. Equipped with a three-way mount, the receiver’s height, depth, and tilt can be adjusted during installation in most vehicles.

Aftermarket receivers like this one allow for CarPlay and Android Auto to be installed in older vehicles. This particular Sony model is a wired CarPlay receiver, so an iPhone must be connected with a Lightning to USB cable. Wireless CarPlay receivers are available from brands like Alpine, Kenwood, and JVC.