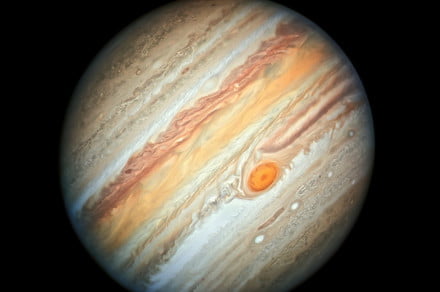 The NASA/ESA Hubble Space Telescope reveals the intricate, detailed beauty of Jupiter’s clouds in this new image taken on 27 June 2019 by Hubble’s Wide Field Camera 3, when the planet was 644 million kilometers from Earth — its closest distance this year. NASA, ESA, A. Simon (Goddard Space Flight Center), and M.H. Wong (University of California, Berkeley)

Arguably our Solar System’s most beautiful planet, Jupiter, has been imaged in stunning detail by the Hubble Space Telescope.

The image shows more intense colors than previous images of the planet, showing off the dramatic cloud formations which move in bands, giving the planet its striped appearance. Bands of clouds move in different directions, due to the differing thicknesses of ammonia ice clouds. The darker bands are areas with thinner clouds, while the lighter bands have thicker clouds.

And there’s a visible feature you might not have seen before: beneath the red “Eye”, there is a long, thin brown shape. This is a cyclone, which spins in the opposite direction of the Eye. Cyclones like this appear and disappear with some regularity on the planet.

The image features the distinct bands of roiling clouds that are characteristic of Jupiter’s atmosphere and represents a stretched-out map of the entire planet. Researchers combined several Hubble exposures to create this flat map, which excludes the polar regions (above 80 degrees latitude). NASA, ESA, A. Simon (Goddard Space Flight Center), and M.H. Wong (University of California, Berkeley)

Here you can see the cloud formations which cover Jupiter’s surface, with bands of chaotic and active clouds moving through the atmosphere. To create this image, the Hubble scientists took several different images captured by Hubble and stitched them together to show a stretched-out image of the entire planet, minus the poles.

You can see Jupiter’s distinctive Eye to the left of the image, also known as the Great Red Spot, which is the largest known storm in the Solar System. The storm grew so large at one point that is was twice as wide as Earth, though it has since shrunk down to about half that size. It has been raging for at least 150 years, but scientists are still not sure why the eye appears in its signature reddish-brown color, as other smaller storms on the planet appear to be white or brown. 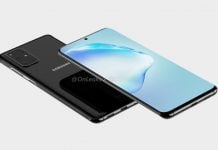 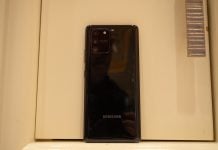 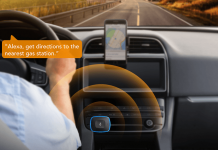