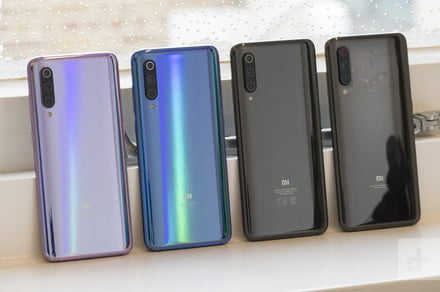 Xiaomi will release a smartphone with a camera that will boast 108 megapixels. The company has teased the mega-megapixel camera at a recent event, providing a few pieces of technical information, along with the line, “See you later.” While the 108-megapixel beast’s arrival date is unknown, Xiaomi has also said it will launch a phone with a 64-megapixel camera before the end of the year.

The largest smartphone camera sensor, in terms of megapixels, available today has 48 megapixels. Most often this is the Sony IMX586, and it has been used in a wide variety of devices, including the Honor View 20, the Asus Zenfone 6, and the OnePlus 7 Pro. Xiaomi will better this with Samsung’s 64-megapixel ISOCELL Bright GW1 sensor, which will be fitted to an as-yet unidentified Redmi-branded phone, likely among others, in the near future.

What about the 108-megapixel camera? Not much is known, outside of Xiaomi’s claim it will take photos with a 12032 x 9024 pixel resolution, which makes about 108 megapixels. However, Xiaomi’s U.K. Twitter account has said the sensor will be rated at 100 megapixels, while still stating the same resolution. A corresponding Weibo post from Xiaomi, which also introduces the 64-megapixel camera, highlights a partnership with Samsung. This may also indicate Samsung will create the 108-megapixel sensor.

Having such a highly capable sensor means also having a processor capable of handling the massive amount of pixels. Qualcomm’s processor specification pages state many of its chips, from the 6-series upwards, will support a single camera with 192 megapixels. In an interview, Qualcomm’s senior director of product management, Judd Heape, said 100-megapixel cameras will be here before the end of 2019.

As a headline, a 100 or 108 megapixel camera is a winner; but more megapixels do not necessarily mean better pictures. Like the 48-megapixel cameras available now, we expect a 108 megapixel mode to be available; but for the camera to default to a lower number and use pixel binning for improved lowlight performance and other benefits. On-device storage capacity also becomes more of a concern when you’re taking multiple 108-megapixel photos.

Xiaomi has not indicated when the 108, or 100 megapixel camera will make its debut, other than it’s coming soon.