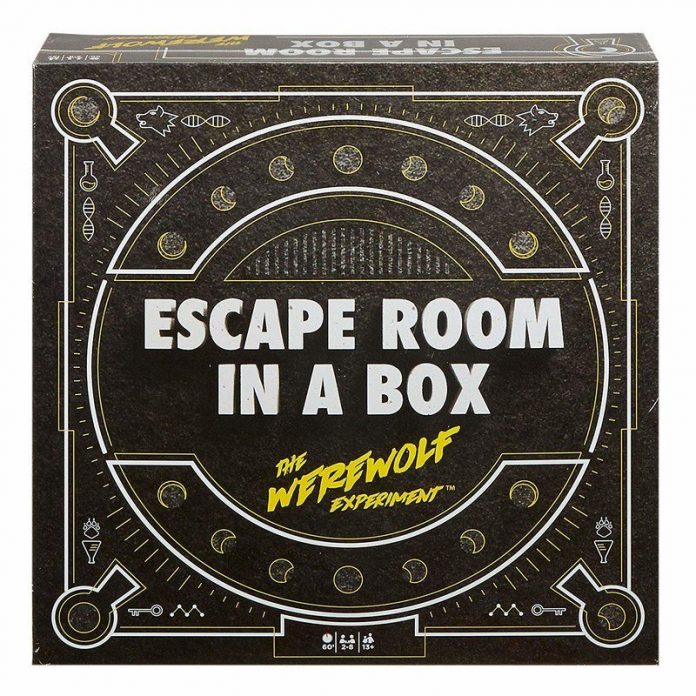 Amazon’s Alexa voice assistant is great for controlling your smart home and playing music, but it can also be used for fun, enhancing games, and powering robotic toys. Whether you’re enjoying a night in or playing outside with your friends, these are some of the best Alexa-compatible toys you can buy.

Escape Room in a Box 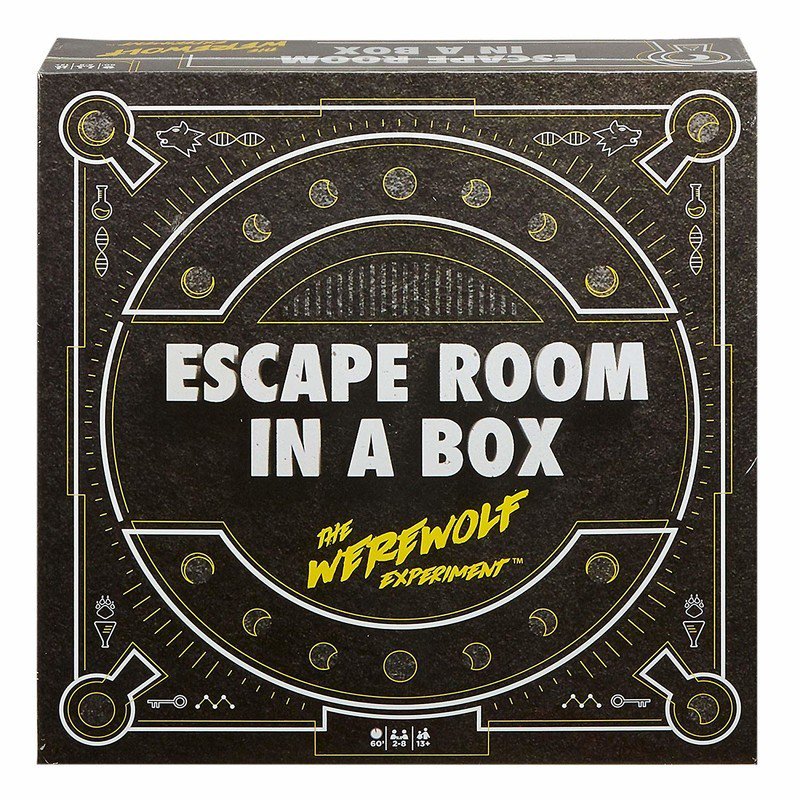 The next time you have an hour to spare, Escape Room in a Box is a cooperative board game. It’s for up to eight players where you solve puzzles and find hidden clues to survive. It connects with Alexa to give hints and play accommodating music, adding a layer of immersion to the game. 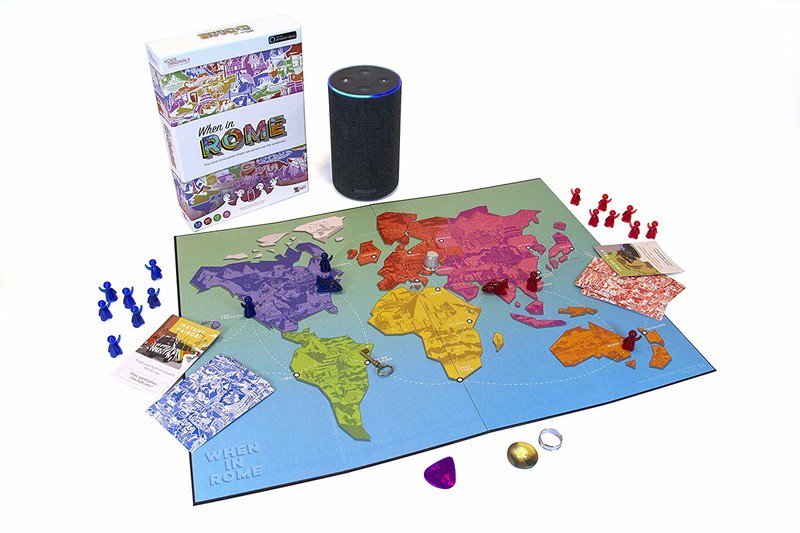 When in Rome is a travel-oriented trivia board game that tests your knowledge of 20 cities around the world. Just like Escape Room in a Box, When in Rome ties into Alexa to add music, sound effects, and even character voices. If you have an Amazon-powered speaker like an Echo Dot, Alexa can host your game, keeping score and reading the game’s rules. 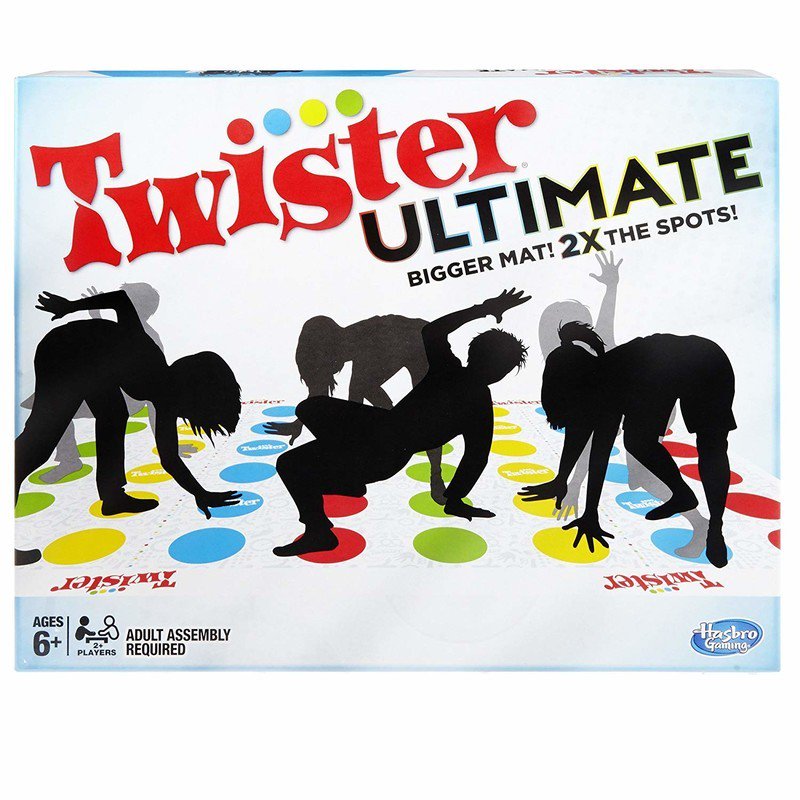 This edition of Twister is a larger version of the old favorite, perfect for families or larger gatherings. When you enable the Twister Spinner Alexa Skill in the Alexa app, you can have Alexa dictate the instructions and gameplay. 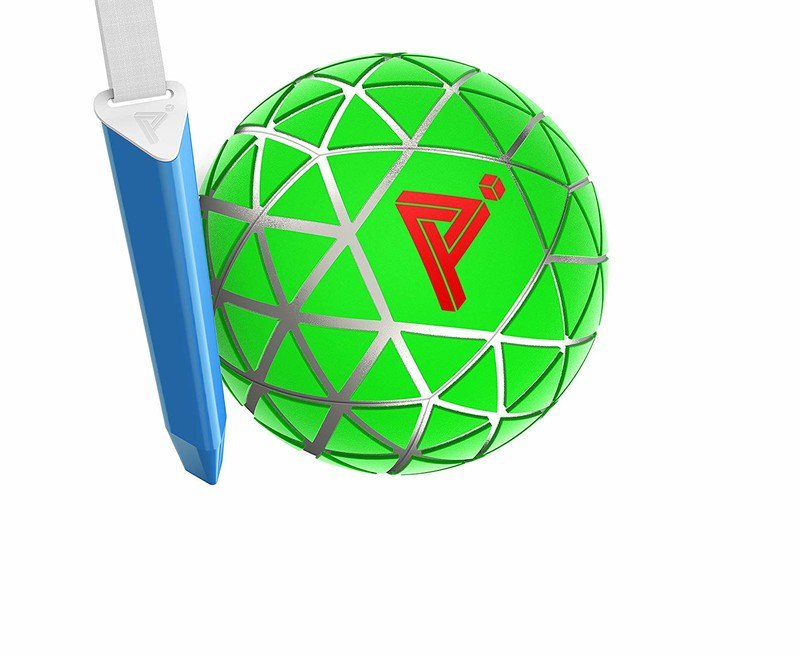 If you prefer physical activities over board games, the Play Impossible Gameball is a great option. It’s a Bluetooth-connected ball with sensors inside that track speed, airtime, and catch force to create interactive games within the Play Impossible app. Whether you’re playing by yourself or with friends, there are 10 free games available. Play Impossible is bringing Alexa support soon to handle tracking and start games. 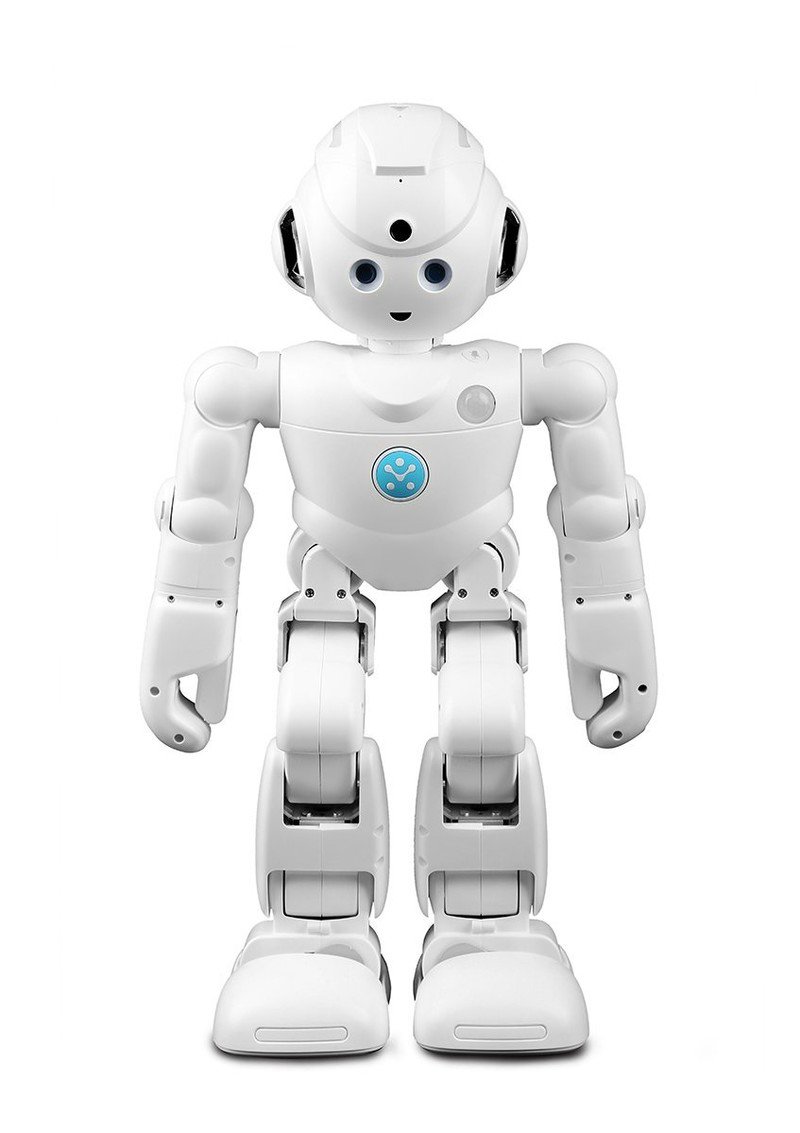 If you simply have too much money lying around, Lynx is a walking, talking, Alexa-powered robot for your home. It can perform all of the standard tasks you’d expect from Amazon’s voice assistant, from playing music to answering questions and controlling other smart home gadgets. As a bonus, Lynx can patrol your house with its built-in 1080p surveillance camera. 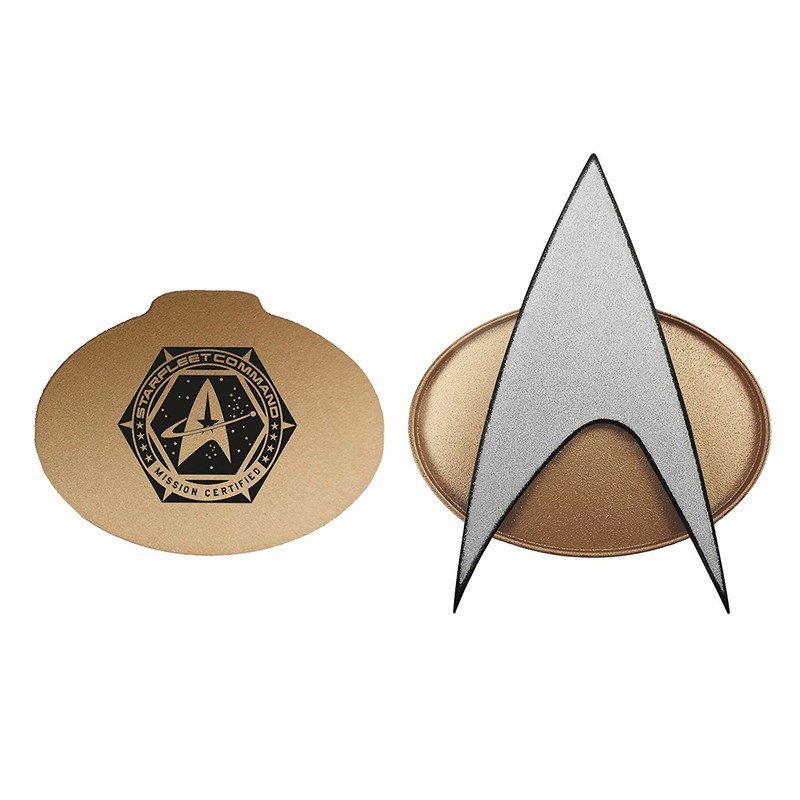 This one is for the Trekkie cosplayer in all of us. The communicator works over Bluetooth and can relay calls and music from your smartphone, and it responds to commands for Alexa (and Siri or Google Assistant). 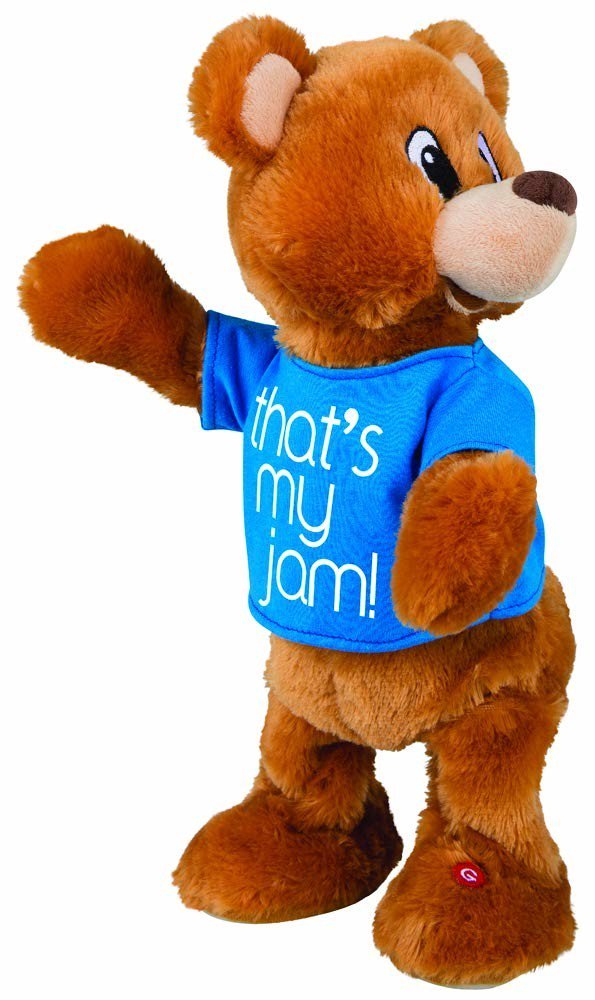 Admit it – this one made you smile just a bit. Not only will this stuffed bear strut his stuff, but Gemmy can lip-sync Alexa spoken responses and dance along to music played through Amazon Music. It will also react when you call out “Alexa” and respond to timers, alarms, and notifications.

Make a game out of bedtime 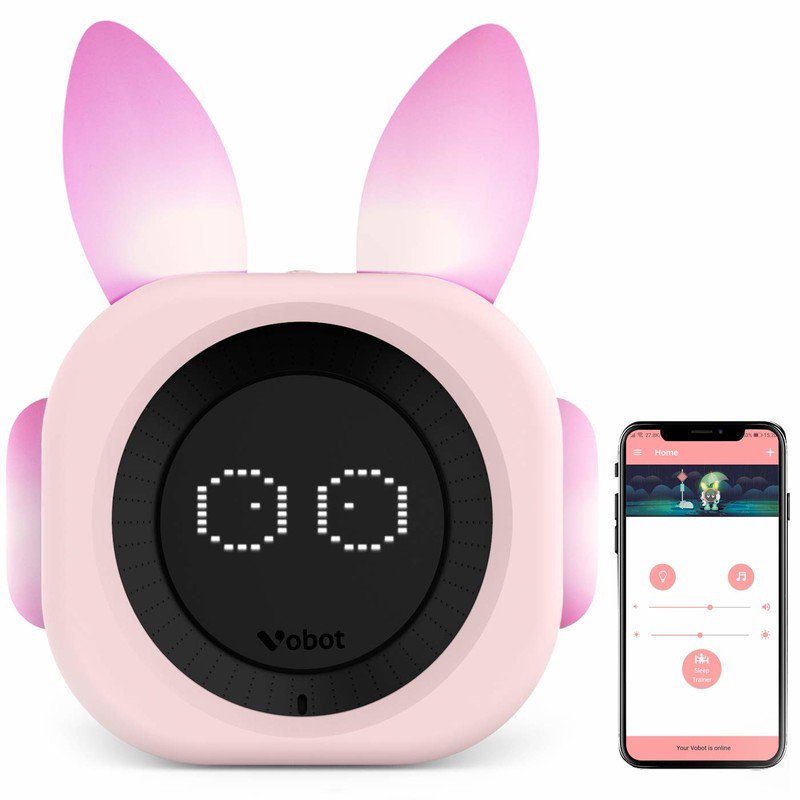 Parents of toddlers and small children know what a battle it can be to get their little ones to sleep. The VOBOT Bunny helps make the process more enjoyable for everyone involved. It has customizable night-lights and sleep-sounds, and with Alexa, it can tell stories and play music. Parents can control the device through an app on their phone or with Alexa.

Is there an Echo in here? 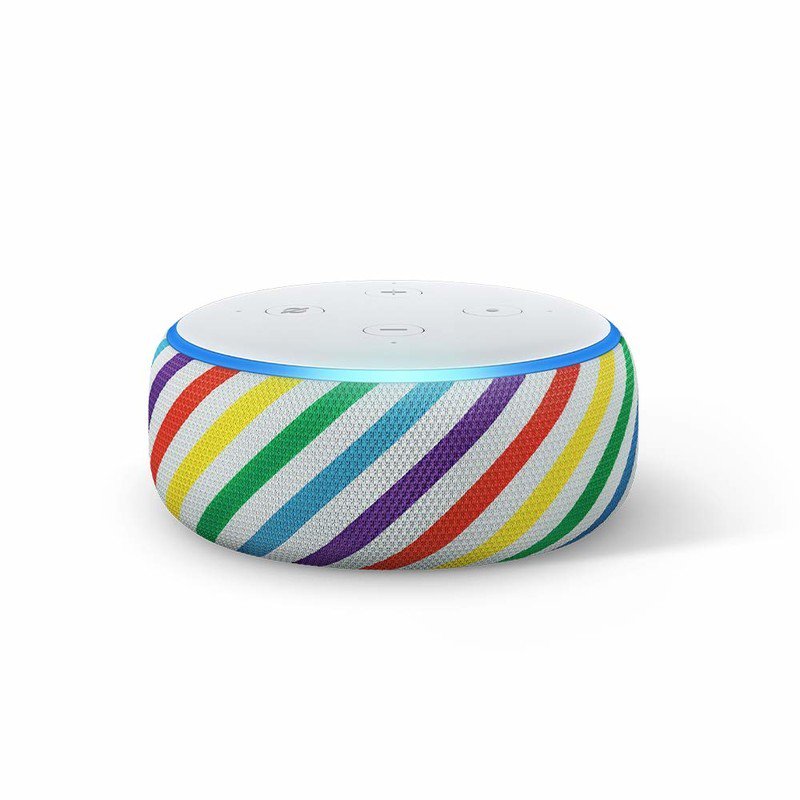 This kid-friendly version of the popular Echo dot is a fun way to introduce your little ones to Alexa. It comes with one free year of Free Time Unlimited, which includes lots of age-appropriate music, jokes, stories, games, and other content. It also features powerful parental controls over content and access.

Alexa can be fun too!

Though the selection of Alexa-powered toys is still relatively slim, Amazon has been working with major toymakers like Hasbro to expand its smart toy catalog through its Alexa Gadgets program. For now, though, board games like Escape Room in a Box are an inexpensive, accessible way to entertain yourself and friends with Alexa. We also think some of the novelty gadgets like Gemmy the Twerking Bear and the Star Trek Communicator Badge are a fun way to interact with Amazon’s smart assistant.

The Echo Dot Kids Edition is a great way to introduce youngsters to the vast capabilities of Alexa in a fun, controlled way. It is worth noting that any Echo, Fire TV, or Fire tablet device comes with Alexa built-in, and features a huge library of paid and free interactive games and skills that can provide hours of entertainment.

We hope to see this area of the Alexa ecosystem continue to expand over the coming months and years, and encourage you to try some of these great toys for yourself!