Home News Google Duo is getting a low-light mode to brighten up your video...
News 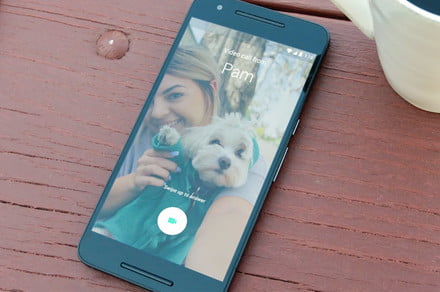 Night modes and low-light modes for smartphone cameras are all the rage, but they’ve been largely limited to photography. Now, Google is expanding that tech a little. The company has announced a new low-light mode for Google Duo, it’s video-chatting app.

According to Google, the new tech will be great for those that live in areas with regular power outages, or those who want to save on electricity. Of course, it’ll also come in handy for video chatting at night or when you’re in a low-light environment.

“These challenges are the reasons why we are bringing low-light mode to Duo,” said Google in a blog post. “Low-light mode helps people connect with each other face-to-face, even when the lighting conditions aren’t optimal. The video call will adjust so people in the frame are more visible when the phone detects dim lighting.”

The new low-light mode seems to be simulated, and it’s based on the lighting conditions in your environment. In other words, it doesn’t really depend on the quality of your phone’s camera – which means that any phone with Duo should be able to use it. Not only that, but as noted in a report by The Verge, the feature doesn’t seem to simply make your screen brighter to illuminate your face, like some phones do for selfie-taking.

Users can toggle low-light mode manually, through a button on the user interface. All users really need to do is tap the button, and the app should brighten up the image to create a clearer video call. Google has a GIF showing the feature in use, and it looks pretty incredible – though we’ll have to wait and see exactly how well it works in real life. Google Duo is also available in Google Chrome, though the new low-light feature seems to be limited to the app for now. Hopefully, it’ll roll out to the web in the near future.

The tech could be an expansion of the Night Sight camera mode in Google Pixel phones, which has been hailed for using artificial intelligence to create brighter, sharper images in low-light environments, without needing to use the flash.