HomeNewsUber Eats’ Dine-in option targets folks who want to eat at the...
News 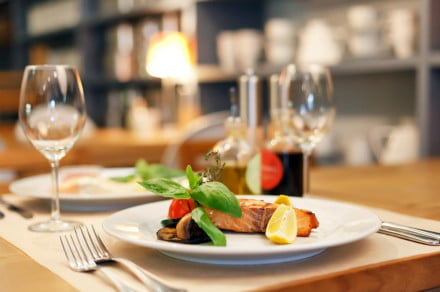 Uber Eats is testing a new feature called Dine-in that lets you order a meal via the app and then eat it at the restaurant.

Ideal for time-pressed folks — or those who simply can’t stand waiting around in restaurants — it should mean that your dinner lands in front of you within minutes of taking your seat.

An Uber spokesperson confirmed to dining website Eater that it is testing Dine-in as an option in the Uber Eats app in select cities, namely Dallas, Austin, Tucson, and San Diego.

After selecting Dine-in from the options at the top of the app, it’s simply a case of finding a restaurant and choosing your meal. After placing your order, you can request for the cooking to begin right away, or, if the restaurant allows it, add the time you expect to arrive.

While the majority of people will still use Uber Eats for meal delivery, the Dine-in feature provides another choice that may come in handy on some occasions.

Indeed, the company told Eater that the Uber Eats app often helps people discover new dining spots, and so, following an enjoyable meal delivered to their door, they might want to eat out at the location next time around. Of course, they can make their own arrangements with a quick phone call, but Uber Eats hopes diners will hit the app again and use Dine-in instead.

For Uber Eats, it’s a super-easy way to earn commissions as it only requires the use of the app, with no delivery logistics involved. As for restaurants, the feature could lead to bookings that it might not otherwise have received. Diners can enjoy the convenience and time-saving element, and, of course, there are no delivery fees to consider.

“We want to enable restaurants to focus on what they’re best at — making amazing food and providing top-notch service,” an Uber Eats spokesperson said in a statement. “By allowing customers to order and pay in the app, we streamline the experience for both the customers and the restaurant.”

If Dine-in proves popular in the cities where it’s currently offered, and enough restaurants opt-in to the feature, it’s likely to be rolled out to more locations in the coming months.

Uber has recently been exploring various ways to boost its meal-delivery service. In June, for example, it added the ability to order from Uber Eats via its main ridesharing app, while last year it started testing a feature called Uber Eats Pool that offers discounted meals under certain conditions.

It also has a drone designed specifically for meal deliveries, but a full-fledged service using the flying machine is unlikely to launching anytime soon.