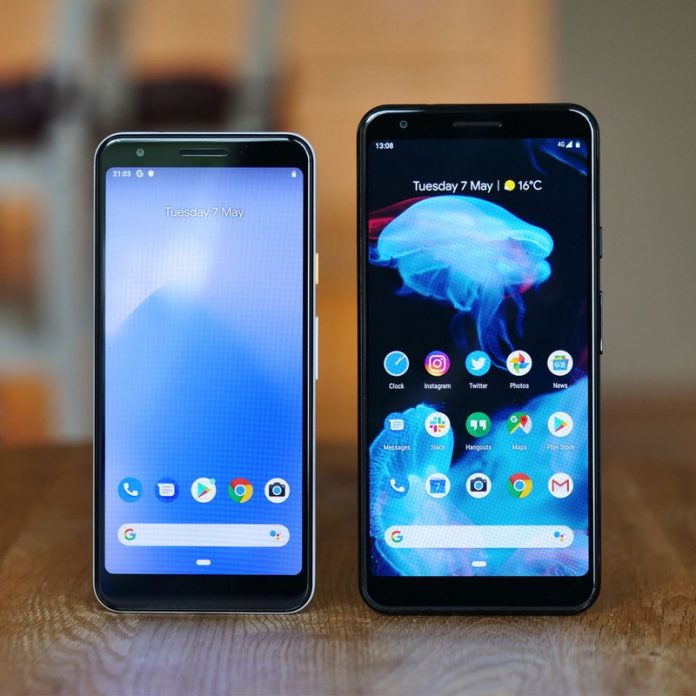 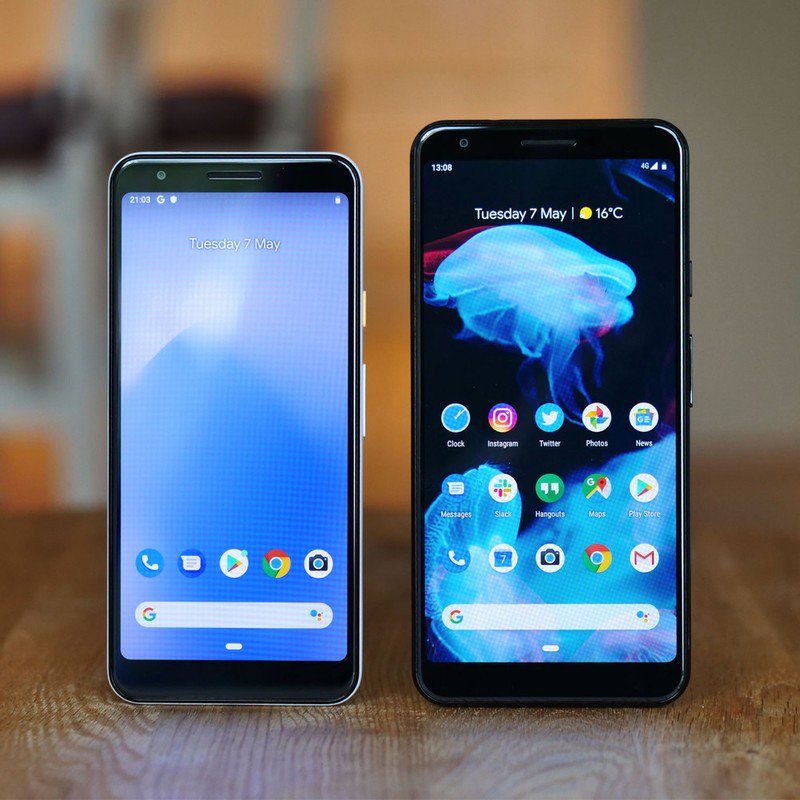 The Pixel 3a is brand new. Barely even cooled off from the factory. Yet, here we are, looking at some awesome deals for it. In the competitive world of Android, we really shouldn’t be too surprised. If you need to know more about Google’s newest Pixel phone, read our larger review here. We gave it a Recommended badge and 4 out of 5 stars. Our reviewer said, “These phones have maintained most of what makes the Pixel 3 series among the most enjoyable phones to use, and in my week-long testing, I’ve noticed none of the performance hiccups that sullied some of that luster.”

Amazon’s Prime Day brings a really nice discount for the Pixel 3a XL, with a $100 Amazon gift card coming your way as soon as you buy a Pixel 3a XL. Out of all the retailers offering gift cards with Pixel 3a purchases, you’re probably most likely to use an Amazon card, so that adds extra value here for most of us.

This deal is unfortunately only available for the larger (and more expensive) 3a XL, but with a $100 Amazon gift card effectively dropping the price of the 3a XL to $379, it could put you over the edge to picking up the 3a XL you want for $20 less than you’d normally pay for the standard 3a. 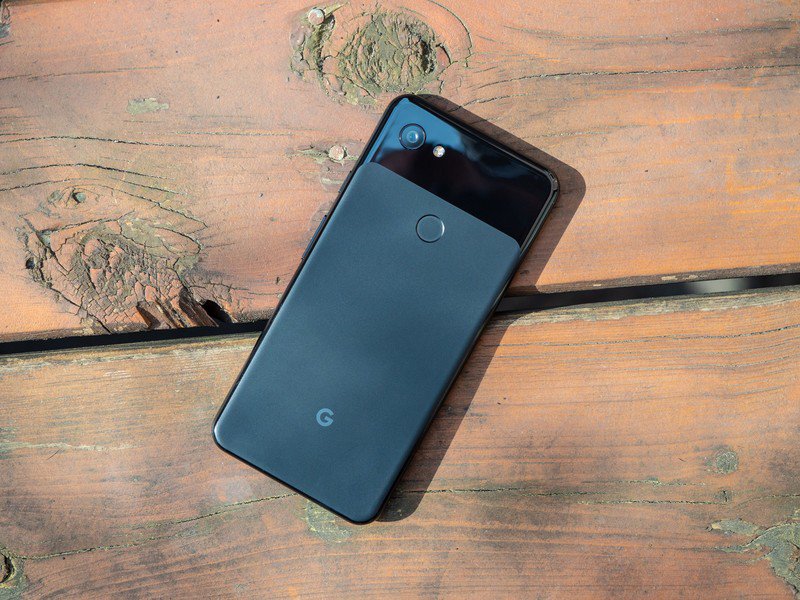 Unfortunatley you can’t get this deal on the smaller (and cheaper) Pixel 3a. But a $100 Amazon gift card is as good as cash, and that really makes thie Pixel 3a XL an amazing pick-up for effectively $379.

Best Buy itself doesn’t have a big discount on offer, but it’s offering cuts from retail price when you buy the Pixel 3a or 3a XL and activate service with a carrier at the same time. You can get the Pixel 3a for as little as $249, and 3a XL for $379, when activating on Sprint. And the other carriers have $50 discounts across the board. 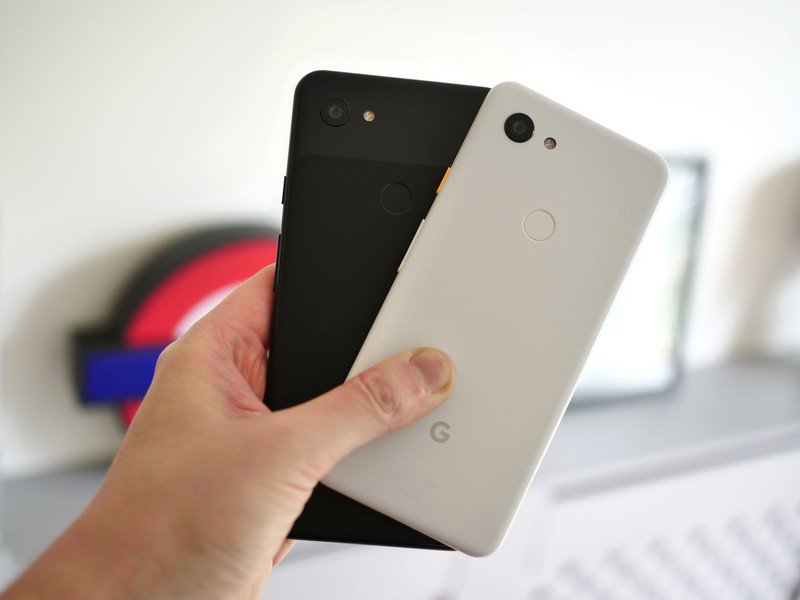 Buying a Pixel 3a or 3a XL from Best Buy is a great deal if you’re planning on grabbing big carrier service with your purchase. You can save $50 to $150 depending on which phone and which carrier you pick.

B&H has had a variety of gift card and promo deals for the Pixel 3a and 3a XL. Right now you can buy either version, the 3a or the 3a XL, and get a $10 Google Fi service credit. Not as good as Google Fi itself has offered, but it’s a plus if you’re looking at getting it anywhere else with no deal at all. Plus, if you use B&H’s new Payboo credit card, you can actually get back any charged sales tax. That’s a lot of ways to save on a great new phone. 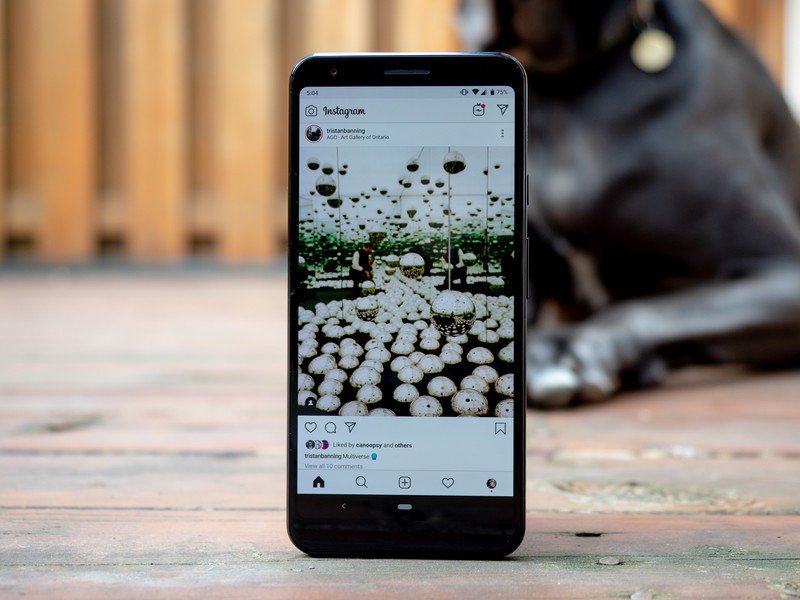 B&H has had a variety of deals on the Pixel 3a and 3a XL since they launched, but right now the deal isn’t too strong: a $10 Google Fi credit is nice, but it isn’t really going to move the needle compared to a lot of other retailers with better deals.

The last place to find a $100 gift card with the purchase of one of these excellent new phones is probably the first place you expected to see it. Of course Google Store offers a $100 credit on its own phone. Why wouldn’t it? The problem is, much like the others, you can only spend that $100 on Google Store. That makes this deal not nearly as varied as the other retailers above. It’s still okay if you’re looking for an official Pixel 3a case, a new tablet like the Pixel Slate, or even something like the Google Home Mini, which you’ll be able to access through your new phone. 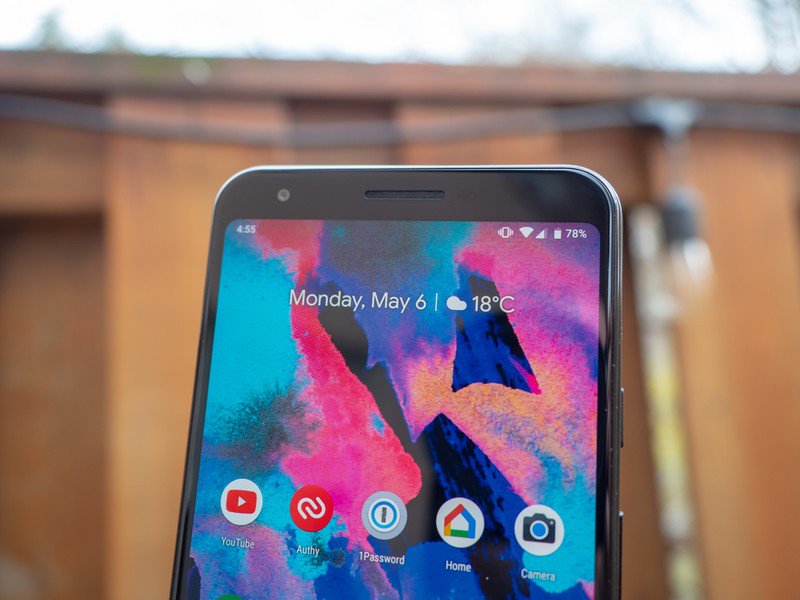 If you’re shopping for a Google Pixel phone, chances are you are already embedded pretty deeply into the Google ecosystem. If that’s the case, this deal makes a lot of sense for you. You can use the extra $100 to add another smart speaker to your collection or enhance your growing collection of Android paraphernalia. 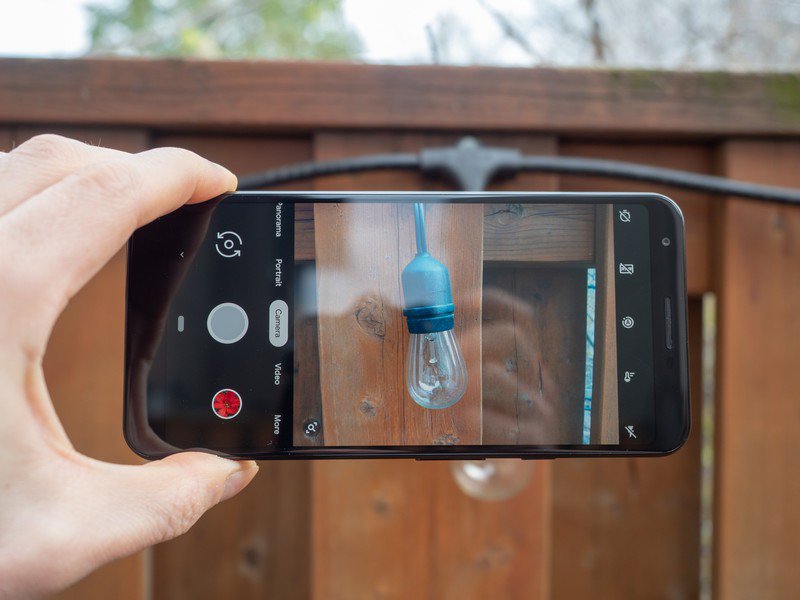 This deal applies to the 3a and 3a XL. Verizon gives you $100 off, but only when you start a new line. It’s also not instant but spread out over the course of your 24-month commitment. Upgrading customers get just $50 off credited in the same way. 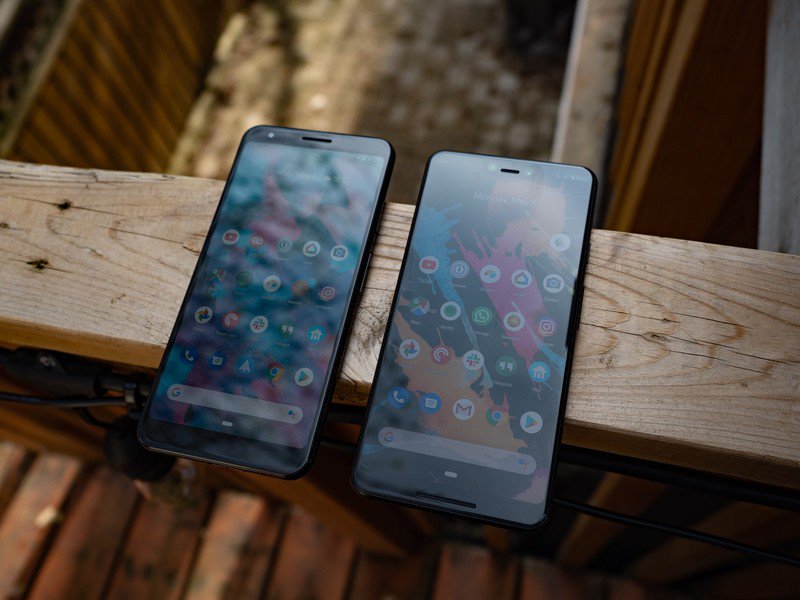 Much like Verizon, you’ll get your $100 off in the form of monthly credits. In this case, however, you need to be a new user signing up for Sprint’s Flex Lease. That’s an 18-month commitment instead of 24 months like with Verizon. However, at the end of the 18 months, you’ll either have to upgrade to a new phone or pay for the remaining six months outright. The deal does apply to both the 3a and the 3a XL. 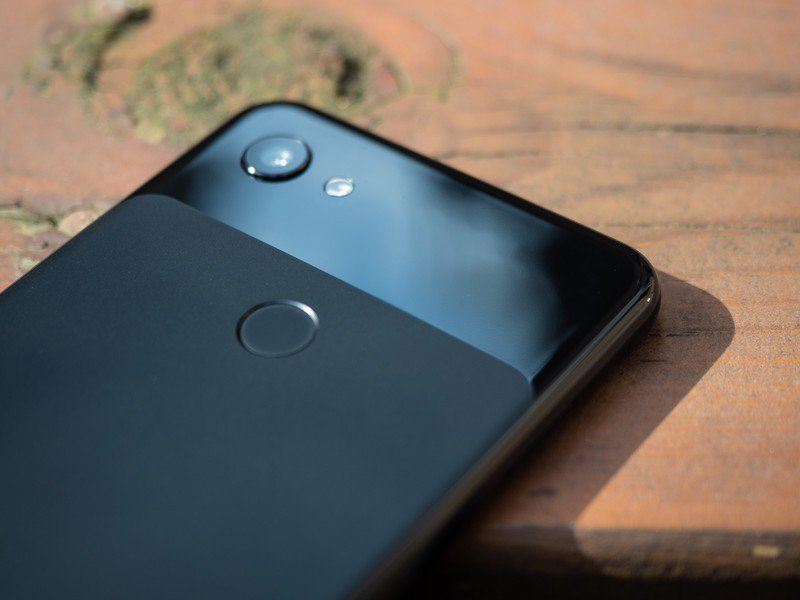 The T-Mobile plan has the potential to be the best deal from the major carriers, but it’s also the most complicated. You can save up to $400, which is the entire cost of the Pixel 3a, on either version of the phone. That would leave only about $80 left on the Pixel 3a XL. However, the savings is applied over the course of a 24-month commitment. You also need to trade in an eligible device in good condition, which includes the Apple iPhone 7 or newer, the Galaxy S8 or newer, and a few other modern smartphones. Older phones lower the credit to as little as $100 off.

Very similar to the other carriers, Google’s own service also offers a $100 service credit. With the trade-in program, you can get some bonus money off that way, too. This deal works for new or existing customers and requires the activation of a full service plan because the credit will only be applied to your monthly bill.

How to get the Best Google Pixel 3a Deals

The Pixel 3a is brand spankin’ new! Hard to believe there are deals at all, but we know Google wants this smartphone to reach a new crowd of phone shoppers. Getting $100 off right from the start on a phone that’s already fairly inexpensive is a great place to start. Not every retailer is offering that deal just yet, though, so you’ll want to be on the lookout for it at places like Walmart and Amazon, if it ever gets sold there.

If $100 off isn’t enough for you and you want some bigger deals, the best advise we can give you is… wait. Give it some time. There are so many new Android phones out there right now. Surely the Pixel 3a and 3a XL will have to come up with some new and creative discounts to stay relevant. That’s one of the great things about Android, you know? With all these options, everyone wants to get your attention with crazy deals. We’ll be sure to post them here as we find them.

Unless you are in desperate need of one of these today, you may want to wait for Amazon’s Prime Day to bring some potential savings to these items. Be sure to check out our Prime Day Hub to keep up to date on all the deals and everything else Prime Day related. Looking for the Google Pixel 3? The best deals for that smartphone are over here.

All the rumors and waiting were worth it — the Google Pixel 3a is finally here and looks pretty incredible for a $400 phone. While it lacks support for wireless charging, we do have the return of the headphone jack and a much more cost-effective polycarbonate shell that you’ll want to keep scratch-free with a quality case. We’ve rounded up the best accessories for the Pixel 3a, so let’s dive right in! 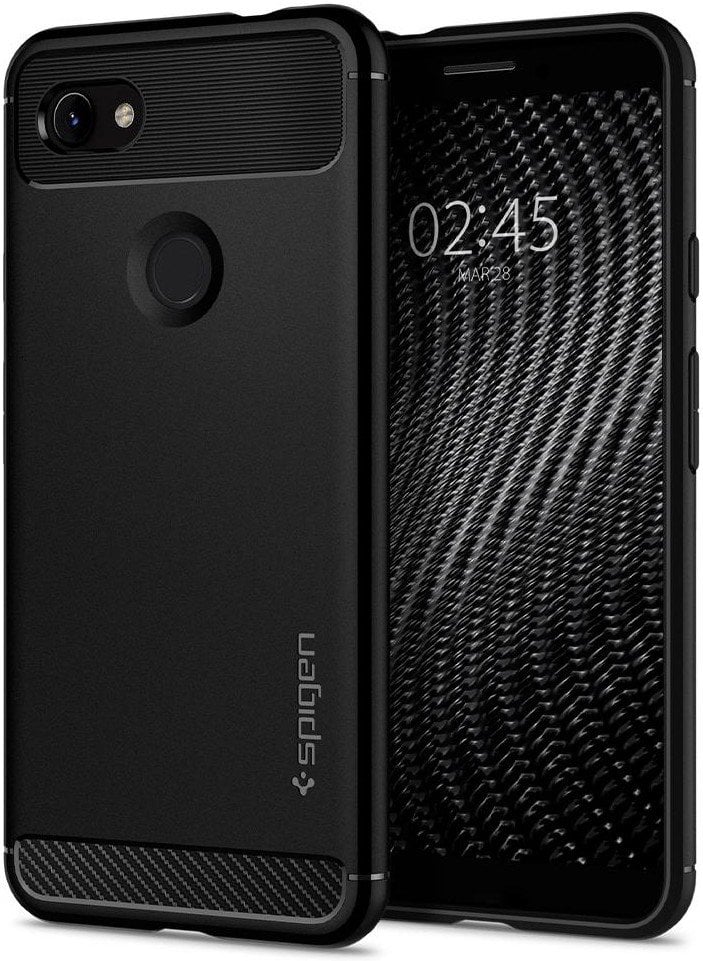 Spigen is one of the most trusted names in case makers on the market, and its Rugged Armor is one of our go-to single-layer cases for slim protection. While I wish it came in colors, black really does go with everything. 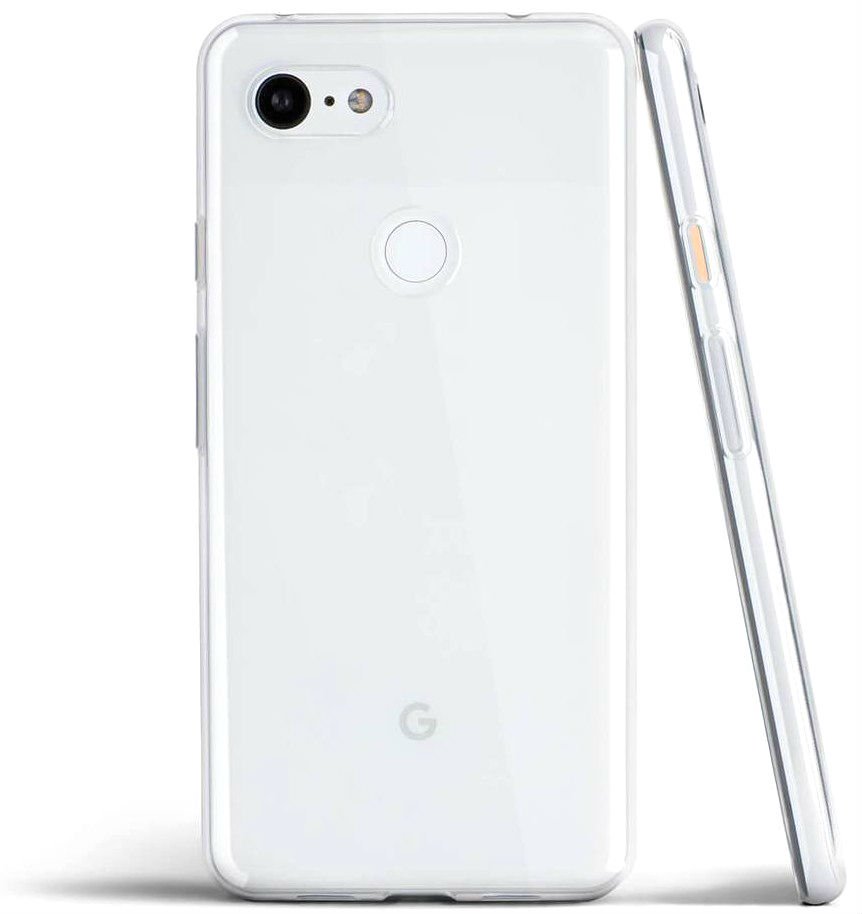 
If you’re getting that nifty Purple color, this ultra-thin, ultra-clear case is perfect for showing off that beautiful shine without exposing it to shatters. Totallee’s cases are the thinnest of the thin and are branding-free. 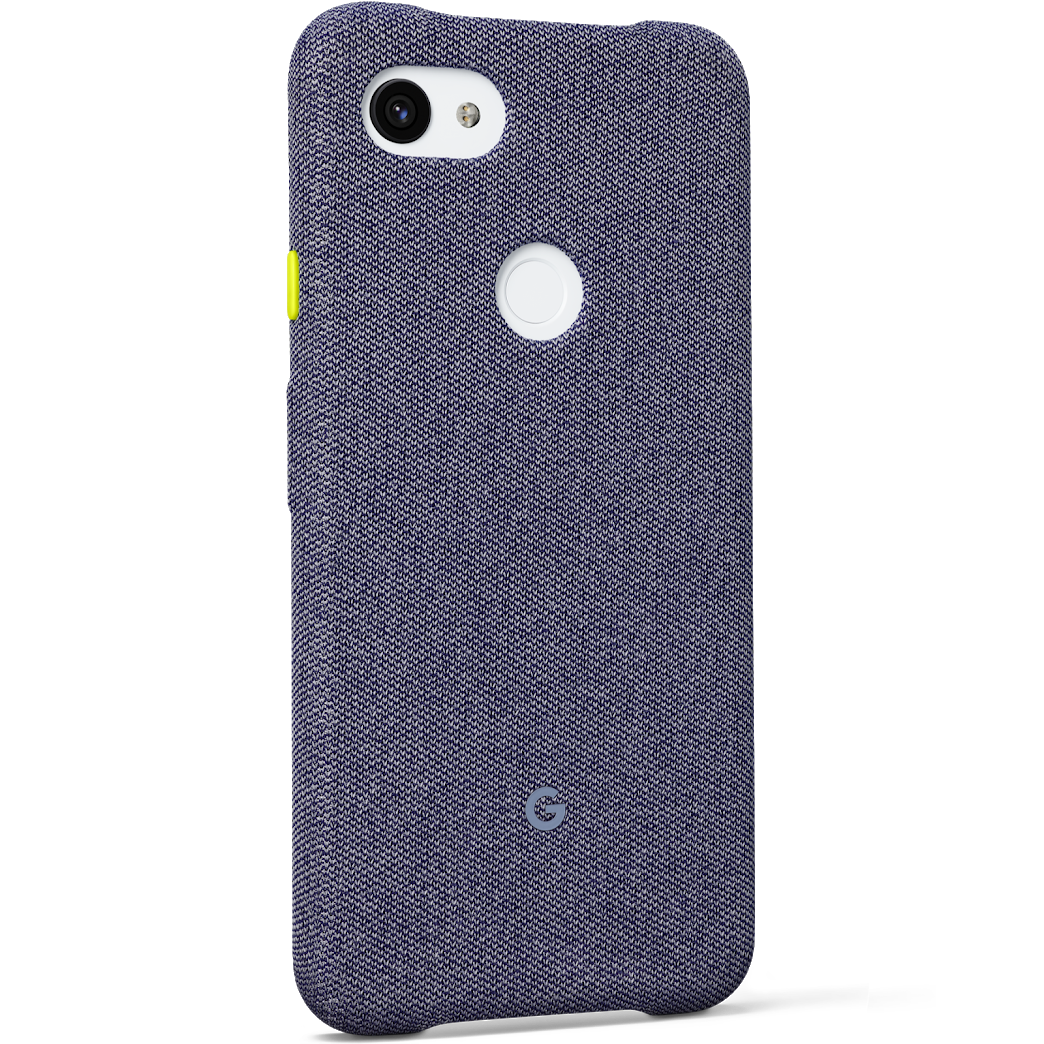 
One of the more unique cases you’ll find for any phone, the Google fabric case offers a classic look for all Pixel phones. These cases are on the pricey side, but they’re well worth it for a premium feel and expertly matched color schemes. 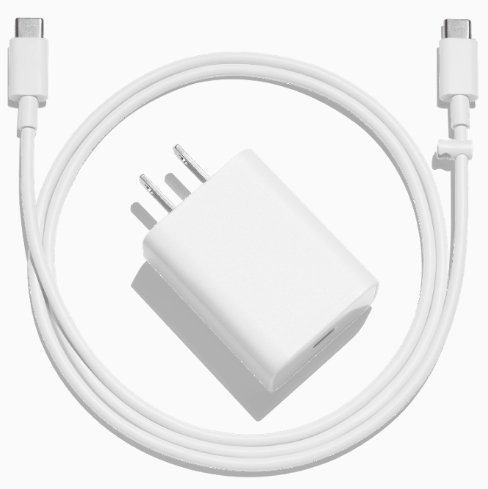 
For the fastest and most reliable charging speeds, you’re going to want Google’s 18W USB-C Power Adapter. You may already own one of these beauties, but if not, it’s always great to have a spare kicking around. 
The maximum charging speed for the Google Pixel 3a is 18W, and it’s the same for this travel-sized USB-C charger! It’s like they were made for each other. Fold in the prongs, pop it in your pocket, and you’re good to go. 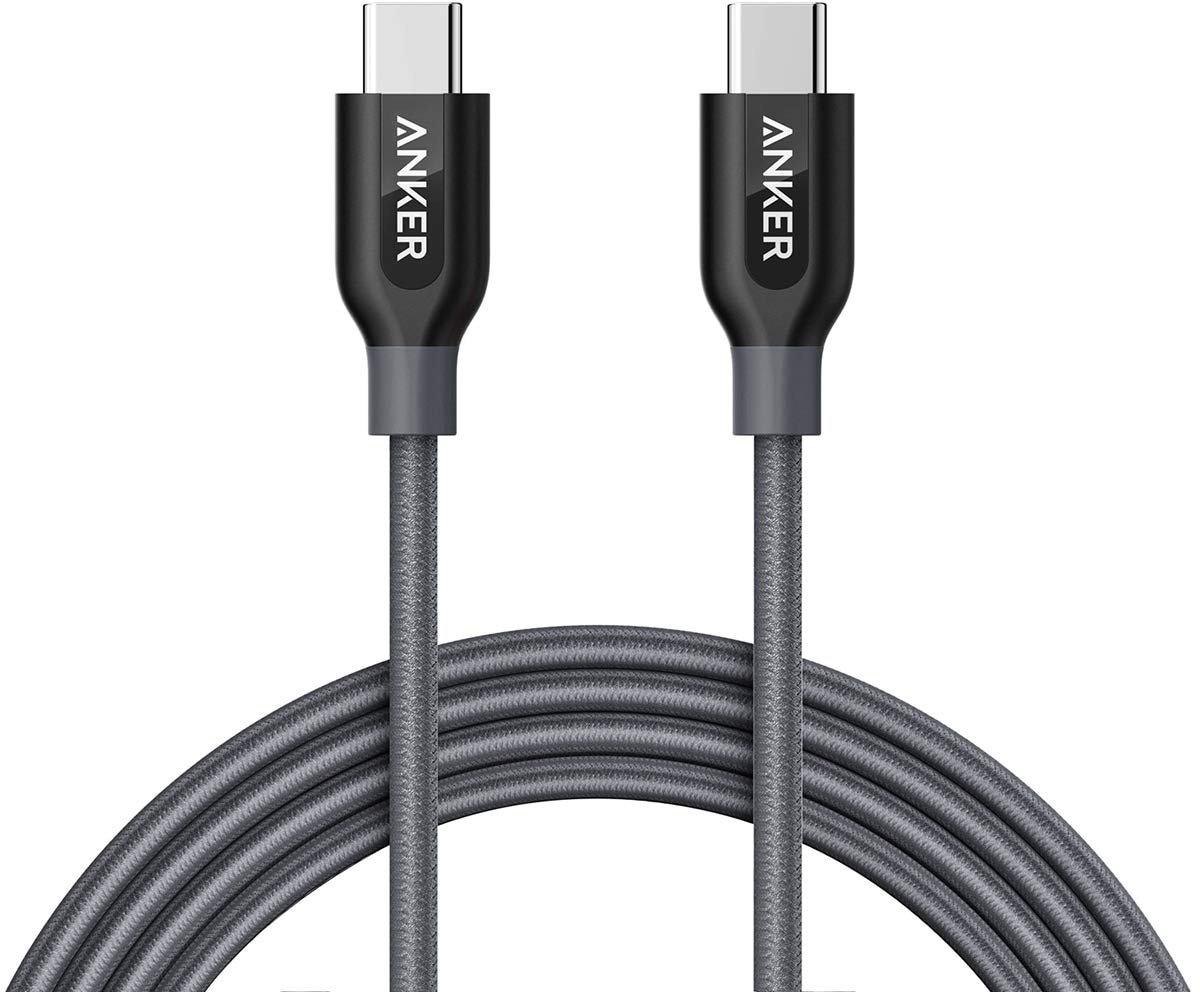 
The Pixel 3a already comes with a decent short USB-C cable, so grab yourself our favorite 6-foot USB-C cable for when you need a little more length. This cable comes with a handy velcro-and-magnetic carrying bundle to keep it from tangling in your bag. 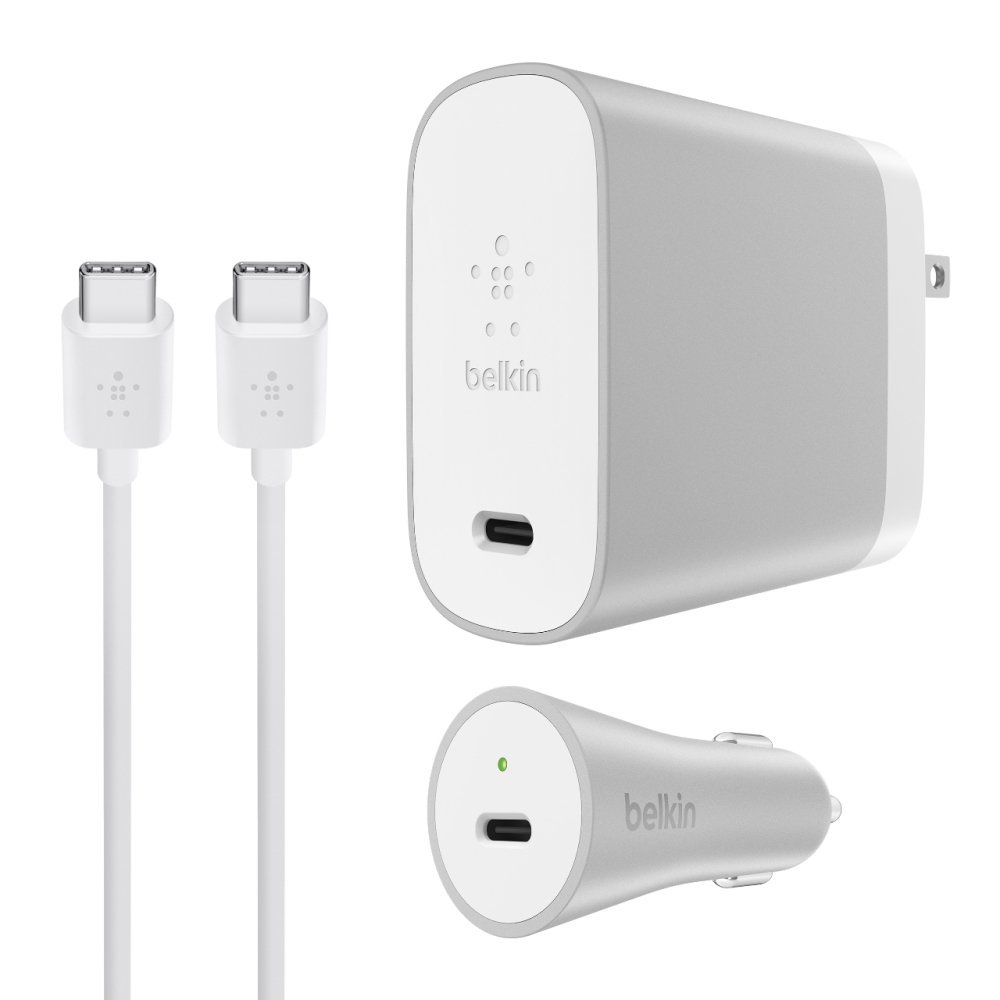 Charge on the go:


This kit includes a 45W wall charger, a 27W car charger, and a 6-foot USB-C to USB-C cable, so you’ll have all the extra charging accessories you need. Belkin’s products are trusted by Google and will deliver rapid charging for all your devices. 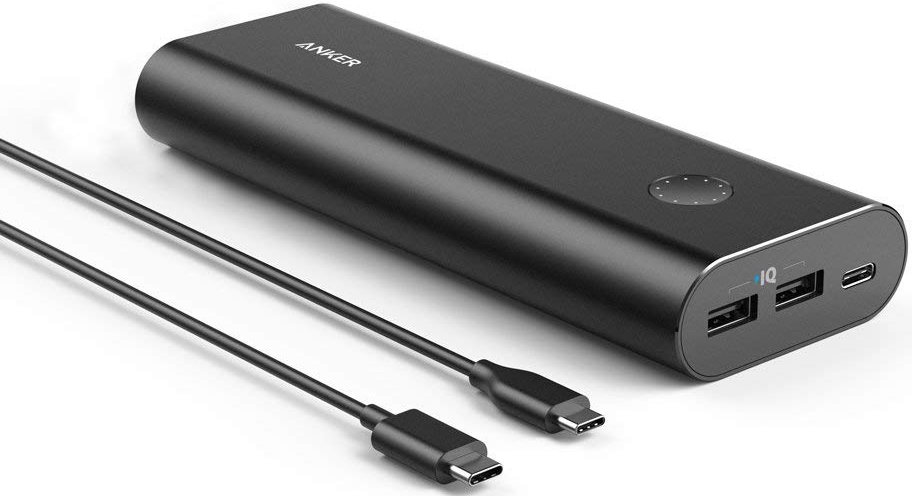 
Even with a brand new phone like the Pixel 3a, battery life is going to be a top concern when you’re out and about making use of that amazing camera. Anker’s PowerCore+ battery pack is a good combination of portability while also packing enough battery power for multiple top-ups for your phone. 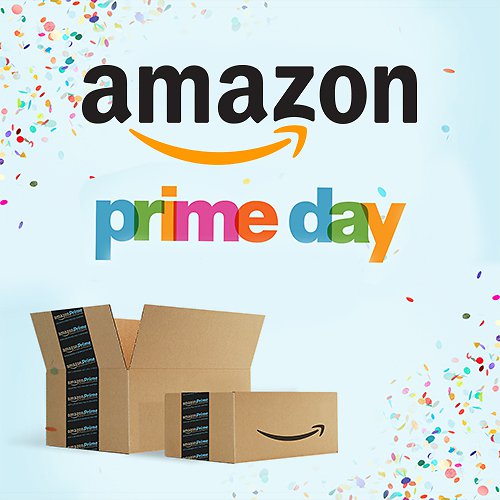