Your smartphone could be the key to predicting natural disasters 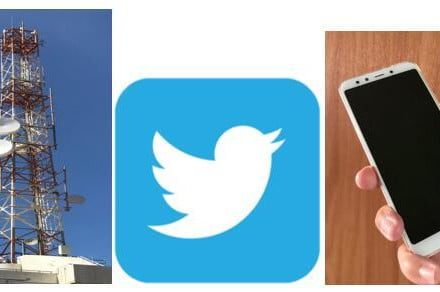 Wireless communication links, social networks, and smartphones as examples of data-generating sources that can be harnessed for environmental monitoring. Noam David

One of the challenges for atmospheric scientists is gathering enough data to understand the complex, planet-wide weather system. As atmospheric changes in one location can have profound effects on the climate in far away regions, it’s hard for researchers working in any one place to get all the information they need to make inferences about weather patterns.

Now an atmospheric scientist working at the Institute of Industrial Science at the University of Tokyo, Japan, has come up with a clever idea to gather more all-important data. Dr. Noam David proposes using smartphones and Internet of Things (IoT) devices to collect data on atmospheric conditions.

Specialized atmospheric science instruments designed to collect data on conditions like temperature and humidity are expensive and rare. These tools include remote sensing systems and ground-level tools which are highly accurate but only cover a small geographic area and satellites which can gather data about large areas but lack precision.

IoT devices, on the other hand, are now so commonplace that they create an informal network of sensors around the world. As an example, David points to surveillance cameras which could be used to monitor fine particles in the atmosphere. Even more creatively, the speed of car wipers can be used to gauge the intensity of rainfall. Modern cars which record data about everything, including the speed of wipers, could therefore be used to measure rainfall in a given area.

As well as these devices, David suggests making use of crowdsourced reports of weather conditions. Smartphones are equipped with sensors which can collect data on topics like temperature, atmospheric pressure, and atmospheric tides. Users could then voluntarily report this data through a platform like Twitter. Or users could snap photos with their phones as a way to monitor air quality.

This approach has several advantages. Not only is it cheap to implement, it also raises public awareness of and engagement with atmospheric science topics. And it means that scientists could get access to data from around the world, even in relatively remote locations where they currently do not have sensors.

This system could potentially be used to help with earlier detection of natural disasters like hurricanes, tornadoes, or wildfires as well as understanding more about how climate change is affecting our planet’s atmosphere.

The paper is published in the journal Advances in Atmospheric Sciences.

In this time when remote work is the norm, it can be a real challenge to manage your workers as
Read more
News