Home News Common Hulu problems and how to fix them
News

Common Hulu problems and how to fix them 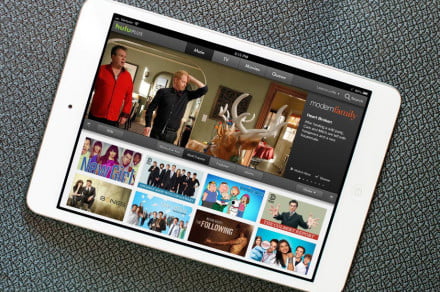 So you’re watching a Hulu original series or your favorite reruns and everything just stops. Buffering,  poor video quality, freezing videos, connection errors and skipping are common Hulu problems. They all can have a variety of causes. Here’s how to troubleshoot the problem so you can get back to your show, no matter what device you’re using.

Hulu may be down

It’s not an unusual occurrence for the whole Hulu service to go down. Before you try some at-home fixes, make sure the problem isn’t out of your hands and in the hands of Hulu technicians. A good site to use to check for outages is Downdetector.com. On the site, you can check out a live outage map and read complaints from other users. A quick search for #huludown or #hulu on Twitter will often let you know if there are problems in a pinch, too.

Now that you’re sure you’re not facing a problem that’s caused by Hulu, you can try some at-home remedies. Give these a shot. If one doesn’t work move on to the next until you find a solution.

Close the app on whatever device you’re using and restarting it.
Restart your device.
Try resetting your router. If you don’t know how, here’s our simple guide to resetting a router.
Make sure the app is updated. If you’re using an app on your phone or television, go to the app store and see if there’s a newer version available.
Uninstall the app and reinstall it.

If the above tactics don’t work, it may be your internet speeds. Run a speed test on your internet connection to make sure it’s moving data fast enough to use Hulu. Hulu recommends 3Mbps for watching the Hulu streaming library and 8Mbps for watching live streams. If you don’t know how to check, Hulu has a guide on how to do a speed test on various devices, including game systems, multiple smart TV models, and computers.

If your connection isn’t fast enough, you may need to turn off other devices that could be hogging the internet while you watch Hulu. If you’re using Wi-Fi, you may try connecting your device directly to the router using an Ethernet cable or adding a Wi-Fi repeater to your network to get rid of signal dead zones.