Home News Volkswagen is launching a full range of EVs, but it doesn’t want...
News

Volkswagen is launching a full range of EVs, but it doesn’t want to be Tesla 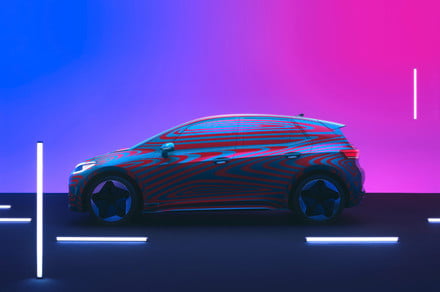 If Apple ever finally decides to make a car, it might end up looking a lot like the 2020 Volkswagen ID.3.

This fully electric, Golf-sized hatchback puts an equal emphasis on cutting-edge, user-friendly technology and clean, simple design. It will not be sold in the United States, but much of the technology crammed under the sheet metal will seep into future battery-powered models designed for our side of the water. Some of them will even be built here, Volkswagen announced during the 2019 Detroit Auto Show. And, on a secondary level, the ID.3 sheds valuable insight into the German firm’s unique approach to electrification. Digital Trends talked to Volkswagen board member Jurgen Stackmann to learn what the ID.3 means for the VW brand, and how it illustrates its vision of the future.

Nearly every part of the ID.3 takes Volkswagen into a new territory. For the first time, eager motorists can send the company a refundable, 1,000-euro (about $1,124) deposit to secure an early build slot that corresponds to a limited-edition model aptly named First Edition. On the surface, it looks like the German firm is borrowing a page from Tesla’s playbook; about 500,000 motorists sent it a deposit in the months following the , so the ID.3 is future-proofed with an array of tech features including an over-the-air software updating system, a state-of-the-art infotainment system, a cool augmented-reality head-up display, and, last but not least, semi-autonomous technology.

Jürgen Stackmann, Member of the Board of Management of the Volkswagen Passenger Cars brand with responsibility for ‘Sales, Marketing and After Sales’ Volkswagen

Level three semi-autonomous technology, which corresponds to self-driving on the freeway and in traffic jams, will be available on the ID.3 as well as on other ID-badged electric cars. Don’t expect Volkswagen to make a fully autonomous version of the hatchback without pedals or a steering wheel, at least not early in the production run. Stackmann believes full autonomy is further away than many have claimed.

“We are quite skeptical about the timelines to get to full autonomous drive, the level five systems. I think that all deadlines and times we have seen so far have been broken. There is a huge amount of investment going into autonomous driving, but we believe offering it to our customers will take longer than people believe, and it will be much more costly,” he opined.

Batteries? Have ‘em your way

Built on the modular MEB architecture, the ID.3 will be available with one of three lithium-ion battery packs whose energy storage capacity checks in at 45, 58, and 77 kilowatt-hours, respectively. The entry-level battery will offer up to 205 miles of range. Selecting the bigger units will yield figures of 260 and 341, at least when put through the WLTP testing cycle. Each battery size corresponds to a specific range figure. Volkswagen could have saved money (and, later, even made a little bit of money) by developing two or just one pack and using lines of code to electronically limit the range in smaller, cheaper models. It’s a strategy Tesla has pioneered, and one Stackmann firmly ruled out.

“It would be quite hideous to do this. You would put all of the battery capacity in a car that’s not using it. It’s not a very wise way to use raw materials and resources,” he told Digital Trends. He added that, while the ID.3 will max out at 77 kWh, heavier models – like the production version of the deliciously retro-inspired ID Buzz – will offer bigger batteries to offer more range. Rumors have pointed to 100-kWh units, though nothing is official yet.

Stackmann doesn’t foresee issues with the supply chain as Volkswagen ramps up electric car production. “Everything which is humanly controllable has been done to secure supply,” he assured us. And, he’s not worried about happens once the firm’s electric cars reach the end of their life cycle. “We see the battery as an asset, not a problem, so we are investing heavily into recycling technologies,” he added.

He explained a battery that is too weak to power a car can still be used to store energy in a house. Nissan has already tapped into this nascent industry by sending the power generated by the 4,200 solar panels mounted on the roof of the Amsterdam Arena – a giant soccer stadium – to 148 Leaf batteries. Old electric car batteries can also be used to build mobile charging stations. Ultimately, when a battery becomes a brick, its final trip will be to a recycling center owned and operated by the brand – assuming Volkswagen has bought back the car. Stackmann predicts only about 30 percent of IDs will return to the firm when they’re no longer road-worthy. The rest will be recycled by independent companies.

We know Volkswagen is quietly assembling an armada of electric vehicles, but what about the other ways of reducing emissions? In early 2019, Volkswagen-owned Audi announced it’s putting a renewed emphasis on hydrogen fuel cell technology as it braces for a possible battery shortage during the 2020s. “We want to really speed it up,” company CEO Bram Schot replied when British magazine Autocar asked him about the development of hydrogen-powered drivetrains.

Volkswagen operates in a different arena than Audi, its cars are normally smaller and less expensive, so Stackmann has a separate vision for the technology. While it has experimented with hydrogen in the past, notably with a prototype based on the Crafter delivery van it sells in Europe, it’s not planning on putting it in a mass-produced passenger car in the near future.

“We believe fuel cell has a role to play in the future, but it won’t help for the next decade. We want to make a big step pin reducing our CO2 footprint now, we can’t wait until fuel cell technology becomes ready to get deployed at scale,” he explained.

His message is clear: for Volkswagen, the immediate future is electric.