Home News Sony not giving up on smartphones, but will only focus on 4...
News

Sony not giving up on smartphones, but will only focus on 4 regions 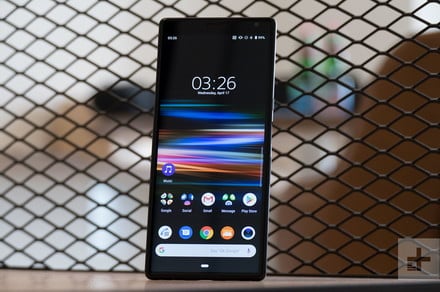 Sony CEO Kenichiro Yoshida has called its smartphone business, “indispensable,” amidst investor concerns over the loss-making side of the company, indicating Sony will continue making phones despite a push to close the side of the business down.. However, in its recent corporate strategy meeting, Sony showed it will focus on only four markets internationally going forward.

Yoshida is quoted as saying smartphones are, “a component necessary to make our hardware brand sustainable,” by Reuters, and added that, “younger generations no longer watch TV. Their first touchpoint is smartphone.” Sony considers the smartphone an entertainment device, which fits in with its PlayStation brand, televisions, and movie-making arm of the company.

Smartphones cost Sony $879 million last financial year, after the company sold 6.5 million phones globally for a 1% market share. These heavy losses haven’t deterred Sony, and it’s clear from the CEO’s words that smartphones will remain part of the company’s business for the foreseeable future. There are changes to where Sony will sell its phones though.

Sony now has four “focus regions” around the world — Japan, Europe, Taiwan, and Hong Kong. On a map showing where Sony’s mobile business will continue, it lists the U.S. and Canada has having, “no operator business,” while also indicating it will not concentrate on smartphone sales in Australia, South America, and the rest of Asia outside the regions mentioned above. In addition to this, Sony has ended production in its factory in China, reduced its reliance on outsourced design in Japan, and altered its corporate management structure too.

The news comes after Sony Mobile’s vice president of marketing, Don Mesa, told Digital Trends earlier this year the business was, “undergoing a lot of change,” and that, “every component of our business has been touched.” Mesa was speaking ahead of Mobile World Congress, where Sony launched a series of new smartphones, with new designs and some stand-out new features. He stated these phones — which included the Xperia 10 and the Xperia 10 Plus — would show the direction the company was headed in.

The flagship new device from Sony, the Xperia 1, has yet to be released but is available for pre-order in the U.K. and other regions.