OnePlus 7 Pro plagued by ghost touch issues: Here’s what might be a quick fix 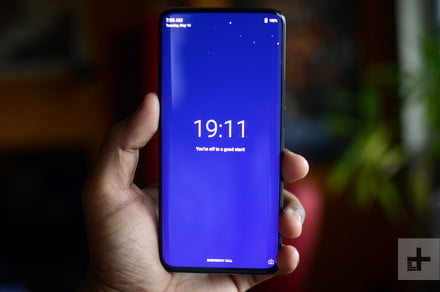 Some OnePlus 7 Pro owners have reported an issue with the smartphone’s touchscreen, with ghost touches ruining what should be an otherwise awesome experience.

OnePlus 7 Pro owners have taken to various online forums to complain about the problem, with a video by Android Police showing the “crazy phantom touches.”

The app shown in the video is CPU-Z, a hardware information and identification app that is said to reliably trigger the ghost touches. The issue apparently does not affect all OnePlus 7 Pro units, but for owners who have experienced the issue, launching CPU-Z is enough to trigger the non-existent taps.

Owners have also reported ghost touches while using other apps such as Google’s Chrome and Reddit. XDA’s Daniel Marchena also uploaded a video on the issue affecting his Reddit app on the OnePlus 7 Pro.

OnePlus has acknowledged the ghost touch issue on its official forums, alongside battery drain and heating problems, the selfie camera suddenly popping up, and a few others. The OnePlus team has urged affected owners to leave feedback to help with the analysis and solution of the problem.

It currently remains unclear what exactly is causing the ghost touches, but some affected OnePlus 7 Pro owners have reportedly found a quick fix until an official solution is rolled out.

Some owners have said that turning off the OnePlus 7 Pro’s NFC eliminates the ghost touches, as the feature reportedly triggers the tp_proximity sensor. While many owners of the smartphone claim that this fixes the problem, there are a few reports that the issue still persists. In addition, it is not a permanent solution to deactivate one of the smartphone’s features to eliminate a bug.

The OnePlus 7 Pro is the most expensive OnePlus smartphone so far, at $750 for the 12GB RAM model with 256GB of internal storage. The device comes with a stunning screen, speedy performance, and a versatile camera array, making it worth its price tag.

The OnePlus 7 Pro has its downsides too though, mostly related to software. It remains unclear if the ghost touches are caused by a hardware or software problem, but hopefully the issue can be fixed with a system upgrade.