Home News Has purpose become a punchline? Among startups, the debate rages
News

Has purpose become a punchline? Among startups, the debate rages 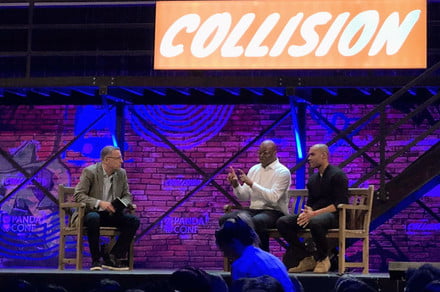 Can tech companies really change the world for the better, or has Silicon Valley’s do-gooder posturing gotten out of hand?

Depends who you ask.

At Collision 2019 in Toronto, the startup conference where tech luminaries from journalist Kara Swisher to Canadian Prime Minister Justin Trudeau have come to talk tech, it’s a sticky issue that’s bubbling up everywhere. At one panel discussion, Alain Sylvain, founder of the strategy and design consultancy Sylvain Labs, and Frank Cooper, chief marketing officer of investment firm BlackRock, offered their perspectives on the scale of the problem, and what do about it.

“Big companies have weaponized purpose,” Sylvain said. “They’ve exploited it from a marketing point of view, to try to tap into people’s soft spots.” His contention: Purpose should be core to a company’s entire existence, not merely a PR wrapper.

While Google’s “do no evil” motto comes immediately to mind, the problem extends outside tech. Sylvain pointed to Gillette’s recent “Best a man can be” ad campaign as an example of do-goodism gone awry. While the campaign encouraged men to take responsibility in the wake of the #metoo movement, Sylvain contends it didn’t reflect the company on any deeper level.

“That was just a campaign,” he said. “They didn’t really adopt that philosophy as an organization.”

Contrast that with Nike’s Colin Kaepernick ad campaign, which, he says, takes a stance. “By aligning with a celebrity that only appeals to half the population, Nike made a political commitment,” he said.

BlackRock’s Cooper agrees. “You have to worry about behavior more than words. How do you get it into the bloodstream of a company?”

Startups, Sylvain says, can be particularly vulnerable to posturing. “The CEO of the startup is desperate and just looking for a shortcut to get out the gate. They see the need for purpose to just attract attention quicker.”

How do we fix it? “It’s about the end customers, and the pressure they put on corporations to make the right choices,” Sylvain said. “As consumers, that is probably our greatest political currency, is the way we shop and buy things.”

Cooper sees it coming more from within. “I think the employees have much more power than they realize,” he said. Sylvain agreed, citing Theranos as an example of a company that unraveled from the inside as employees revealed its lies.

But even if consumers and employees hold companies to a higher standard, they still need to answer to a higher power: Investors. “Investors have to change their mindset first,” Cooper conceded. “As long as investors decide they want short-term profit, everyone is going to dance to that tune.”

“You can’t break it if the whole system is designed for short-termism.”