Home How to Game of Thrones is over — here’s how to cancel your HBO...
How to 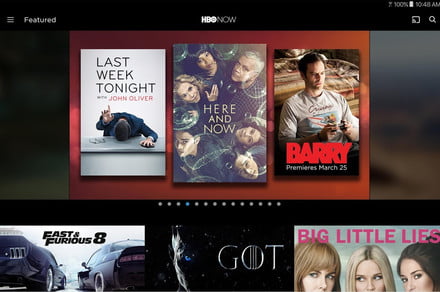 That’s it. Game of Thrones is over. And, for some die-hard fans disappointed with the finale, so is their connection to HBO. But it doesn’t have to be — the network is home to a number of other fantastic titles, like The Sopranos, which received stellar reviews across the board, and there’s plenty more on the way.

Looking for a movie?


The best movies on Amazon Prime


The best movies on HBO


The best movies on Netflix

If you have made up your mind and are itching to sever all ties with HBO, you’ve come to the right place. We here at Digital Trends are no stranger to canceling a subscription, or two, on the back of outrage at a series finale (only to later reactivate them), so we’ve put together this neat little guide to terminating HBO.

How to cancel HBO Now

Canceling your HBO Now subscription is a doddle, though there are a couple of things you need to keep in mind — the first being that your membership won’t terminate the second you follow through with the cancellation; it will continue to run until the end of your current billing cycle, so you’ll still be able to use it, should you want to.

Your membership won’t terminate right away.

Second, if you purchased your HBO Now membership through an external merchant, like the Apple App Store on an Apple TV, or the Google Play Store on an Android device, you need to cancel it through its subscription services — it cannot be terminated from the HBO Now website.

Prerequisites aside, here’s how to cancel your HBO Now subscription:

First, fire up HBO Now.
Hit Sign In, then punch in your credentials.
Select Settings.
Tap Billing Information.
Flip the switch next to Auto-Renew to deactivate it.
Click Yes to confirm the changes.

How to cancel HBO Cable/Go

HBO Go comes bundled free with an HBO cable subscription. In order to cancel it, you need to pull the plug on your membership altogether. As you can imagine, that isn’t quite as simple as heading over to a website and clicking a button — you need to contact HBO and ask to be put through to the cancellations department.

A word of warning: The person on the other end of the line will do everything they can to keep you paying, including dropping the price. If you have your haggling hat on, this is the perfect opportunity to score a better deal. If they slash the price to something crazy, we recommend sticking with it.

Looking for something else to watch now that Game of Thrones is finished? Here are some of our top picks.


Facebook
Twitter
Pinterest
WhatsApp
Previous articleHow to use Plex to manage and play all of your media, everywhere
Next articleTransit Riders in Portland Now Able to Add Hop Fastpass to Apple’s Wallet App