Home News Intel doubles down on 10nm in 2019, pledges to never have shortages...
News

Intel doubles down on 10nm in 2019, pledges to never have shortages again 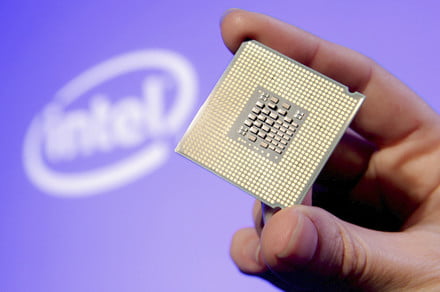 Following leaked roadmaps that suggested Intel’s 10nm CPU lines wouldn’t reach desktops until 2022 at the earliest, Intel has doubled down on earlier claims that it would launch 10nm products, starting with Ice Lake, in 2019. They won’t be for desktops, but Intel CEO Bob Swan said during an earnings call that 10nm production was improving. He also made a stern promise that production would never hinder Intel CPU availability or pricing again.

Despite years of development, Intel’s 10nm products have yet to appear in any kind of volume, but that’s slated to change this year. Dell previously promised the first XPS laptops sporting Intel 10nm CPUs by this summer, and Intel’s Bob Swan has now confirmed that, stating during the call that we could expect the first Ice Lake products, built on a 10nm process, by the end of this quarter. That would slate the first Intel Ice Lake products to land before July.

“Our confidence in 10nm is also improving,” Swan told investors. “In addition to the manufacturing velocity improvement I described earlier, we expect to qualify our first volume 10nm product – Ice Lake – this quarter and are increasing our 10nm volume goals for the year.”

Elsewhere in the call Swan addressed concerns over Intel meeting stock expectations for Ice Lake and other 10nm architectures in the future. Intel has previously faced serious yield issues with 10nm wafers which is what’s thought to have pushed the technology back several years beyond its original planned launch year of 2015.

“On the process technology front, our teams executed well in Q1 and our velocity is increasing,” Swan said. “We remain on track to have volume client systems on shelves for the holiday selling season. And over the past 4 months, the organization drove a nearly 2X improvement in the rate at which 10nm products move through our factories.”

Going beyond pledges of volume production, though, Swan also made a firm promise. Never again would Intel production problems lead to poor chip availability and price rises for potential buyers.

“Specific areas where we need to improve execution include meeting customer demand and delivering on our 10nm lineup of products,” Swan said, via PCWorld. “And we are making progress. Our supply constraints have had a disruptive impact on our customers’ design ecosystems. We’ve committed to never again be a constraint on our customers’ growth. We’ve increased our capacity to improve our position in the second half, although product mix will continue to be a challenge in the third quarter, as our teams align available supply with customer demand.”

As much as Swan was excited for the launch of 10nm products in 2019, they will be exclusively mobile. Intel hasn’t said much about its desktop plans for the coming years, but if the leaked roadmaps are anything to go by, Intel will continue to leverage its 14nm process (based on the original Skylake design) for some time to come. Intel hasn’t confirmed it, but has said it’s scaling up 14nm production, which would hint that this is at least the case for the near future.