How to set up an Apple TV and Apple TV 4K 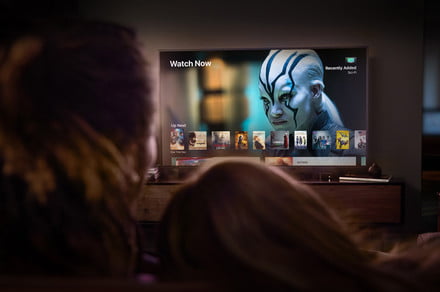 Apple’s 4th-generation Apple TV and Apple TV 4K are superb media streamers. Though expensive, their ease of use, access to thousands of compatible TV apps, and voice support via Siri all make for a fantastic addition to any TV. As with any Apple product, the setup process is mercifully easy, but we’re here to cover the key steps so you can be up and running in as little time as possible. These steps work for both the Apple TV 4th generation and Apple TV 4K.

Before you begin, a few things you’ll need:

How to do it

Step 1: Unbox your Apple TV and make sure everything’s there. You should have the Apple TV itself, a power cable, a USB-to-Lightning cable, and the Siri remote control.

Step 2: Plug the small end of the power cable into the appropriate spot on the back of the Apple TV, and the other end into a wall socket or power bar. If connecting directly to a TV, connect the Apple TV to your TV with the HDMI cable, or if you’re connecting to a soundbar or A/V receiver, connect the Apple TV to an open HDMI input on your A/V receiver, then use a second HDMI cable to connect the receiver to your TV. If you’re connecting an Apple TV 4K, your A/V receiver or soundbar should support HDMI 2.0 or later. If you want to use a direct connection to your router, plug one end of the Ethernet cable into the Ethernet port on the Apple TV, and the other end into your router. If you want to use Wi-Fi instead, we’ll set that up later in the process.

Step 3: If it isn’t already on, turn on your TV and change its input selection to the same HDMI port that your Apple TV is connected to. If you’re using a receiver, make sure the receiver and TV are both set to their correct respective inputs. You should now see the Apple TV setup screen. Pick up the Siri remote control and click the touch surface on the remote once to get it to pair with your Apple TV. If the remote doesn’t connect, press and hold the Menu and Volume Up buttons for five seconds. If a message says that you aren’t close enough, you may need to place your remote on top of your Apple TV.

Step 4: Using the touch surface of the remote, swipe up or down with your thumb or finger to choose your language and country (or region). To make your choice, click the touch surface. If you make a mistake, press the menu button to go back to the previous screen and try again. If it asks, choose whether you want to use Siri or not (you can change your mind after the setup).

Step 5: If you have an iOS device, like an iPhone or iPad,  you can transfer its settings to your Apple TV. It will transfer things like login information for iTunes, iCloud, and Wi-Fi. To do this, choose Set Up with Device, then follow the on-screen steps that show up on your iOS device and the Apple TV. If you don’t have an iOS device, or you don’t want to transfer settings, press the Menu button on your remote to go back to the previous screen and choose Set Up Manually. The next series of screens will ask you to select your Wi-Fi network, enter the password, etc.

Step 7: One Home Screen is a handy feature if you own more than one Apple TV. It keeps your apps and Home screens the same across every Apple TV device by signing into iCloud. If you see a message that asks if you want to use One Home Screen, choose Match Home Screens. If you don’t want to use it immediately, you can always turn it on later by visiting Settings > Accounts > iCloud > One Home Screen.

Step 8: Choose a room that best describes where your Apple TV is located and it will be automatically added to the Home app on your iOS devices and any Mac computers you might have. This lets AirPlay 2 show you your Apple TV in a list of available devices from your iOS device or Mac. It makes playing music throughout your home much easier.

Step 9: If you’re setting up an Apple TV 4K, it may ask you to run through a few quick tests to make sure things like HDR and Dolby Vision are working correctly. Then you’re all done!

Now that you’ve got your new Apple TV set up, take a cruise through the App Store — there are tons of handy video apps like Netflix, Hulu, or HBO, apps for sports fans, and lots of games — yes, you can play some great casual games on the Apple TV. Here are our current picks for the best Apple TV apps.