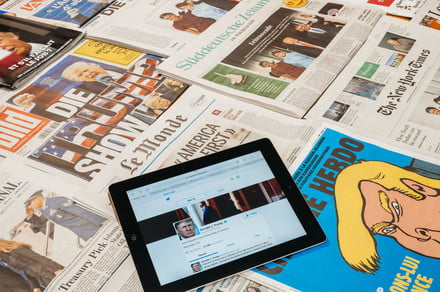 Twitter on the web will soon have a new look. The social media company shared a video of the upcoming new look on Tuesday, January 22. There ’s no date yet for the full launch, but Twitter says some users already have the option to opt in to the redesign early. A recent comment from Twitter CEO Jack Dorsey also hints at upcoming changes to the Twitter app.

A new https://t.co/fHiPXozBdO is coming.

Some of you got an opt-in to try it now. Check out the emoji button, quick keyboard shortcuts, upgraded trends, advanced search, and more. Let us know your thoughts! pic.twitter.com/G8gWvdHnzB

The new Twitter website will have a two-column layout instead of the current three. The usual feed is on the left, with a column for trending topics and suggested users to follow on the right.

The update isn’t just about a simpler layout, however. The update also includes a shortcut to easily add emojis to new tweets. Twitter says that trends and Direct Messages also improve with the update, along with new options for Bookmarks and Explore. Other changes are designed for a faster Twitter experience like keyboard shortcuts. The trend section is also updated, and Twitter says the search tool also sees improvements with the update.

In the sneak peek, Twitter says there’s still more to come, including an option to switch between an algorithm-organized feed and a chronological one faster, as well as faster switching for users with multiple Twitter accounts.

Besides the new features, the new layout leaves desktop screens less cluttered when using the web version. Twitter hasn’t yet said when the redesign will roll out. The users that have early access have the option to opt-in or to keep the current layout a little while longer.

The new layout is coming to the Twitter website, but Dorsey suggests the app could also see an update. In a comment about the app’s current dark mode, Dorsey said that Twitter is working on improving the feature. The app currently uses a dark blue background for its so-called dark mode, but switching to a true black can conserve battery power on OLED smartphones.