HomeNewsSpaceX nails its first launch and landing of 2019, but job cuts...
News

SpaceX nails its first launch and landing of 2019, but job cuts loom 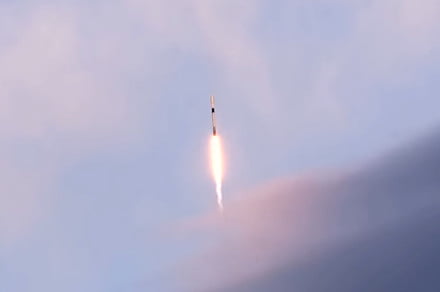 SpaceX kicked off 2019 with a flawless rocket launch and landing on January 11, following its most successful 12-month period in 2018. But a short while later, it was revealed that Elon Musk’s space company is planning to cut its workforce by around 10 percent, equal to around 600 jobs.

First, more on that launch. SpaceX’s Falcon 9 rocket blasted off from Vandenberg Air Force Base in California early on Friday for the Iridium-8 mission, with the first stage of the rocket on its second outing following the the Telstar 18 Vantage mission in September 2018.

About eight minutes after launch, the first-stage rocket booster returned to Earth as planned, making a perfect landing on a drone ship in the Pacific. That’s an improvement on its last landing attempt in December 2018, when a problem with the hydraulic system caused the Falcon 9 booster to lose control as it returned to Earth, resulting in it landing in the sea instead of on the drone ship. But with most landings now going to plan, December’s mishap was a rare one, so Friday’s success should offer the team reassurance moving forward.

SpaceX’s first launch of 2019 was exactly the kind of start it was hoping for, with the next 12 months promising more milestones for the company. Last year was its busiest yet, and included a successful launch of the massive Falcon Heavy, a test mission that put Musk’s Tesla Roadster into space. In 2019, expect to see more Falcon 9 missions, as well as further tests of the Falcon Heavy. We’ll also see the first test of its Dragon 2 vehicle designed to take astronauts to the International Space Station. And if all that’s not enough, get ready for the debut test of a prototype of the Starship (formerly known as BFR), a rocket system that could one day carry astronauts to Mars.

While 2019 looks set to be a busy one for SpaceX, it’s also dealing with company restructuring that will result in 600 job losses, according to the LA Times. An internal email sent to workers by SpaceX president Gwynne Shotwell said the company had arrived at “a very difficult but necessary decision.”

Shotwell explained in the email that to continue the development of its reusable rocket system while also carrying out missions for customers, “SpaceX must become a leaner company.” This, she said, meant parting ways with “some talented and hardworking members of our team.”


Facebook
Twitter
Pinterest
WhatsApp
Previous articleWatch China’s Chang’e 4 mission touch down on the far side of the moon
Next articleApple AirPods may be used to spy on conversations, but please don’t
- Advertisment -