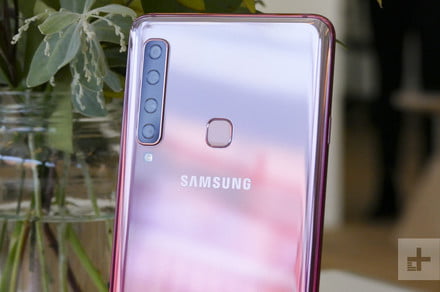 Samsung will almost certainly announce the Galaxy S10 on February 20, 2019, but what about a 5G version of the phone? Rumors have spread about such a device, and Samsung itself demonstrated a prototype 5G phone with Qualcomm at the end of 2018, so we know such a phone is coming. We just don’t know exactly when, or its precise specifications. Officially we don’t, at least, but there is plenty of speculation surrounding it. Here’s what you need to know about Samsung’s 5G phone.

One of Samsung’s 5G phones will most likely be part of the Galaxy S10 family, and be known as the Samsung Galaxy S10 X. The X suffix is supposedly being used to signify the range’s 10th anniversary, in the same way as Apple did with the iPhone X. The Galaxy X name has also been associated with Samsung’s folding smartphone, so it’s still not entirely certain it will be used for the 5G model.

The Galaxy S10 is almost certainly going to launch on February 20, and it makes sense for the 5G phone to be shown off at the same time, despite the lack of 5G networks for it to connect to. In a report, a source told ETNews the phone will be released in South Korea and the United States in March 2019. However, Samsung Mobile CEO DJ Koh has previously said the Galaxy S10 won’t be Samsung’s first 5G phone. It’s unclear whether this has changed, or if he was referring to the S10 X as a separate model.

Do not expect it to be cheap. The same ETNews report says the most expensive Galaxy S10 models will cost the equivalent of $1,400, and we’d expect the 5G phone to fall into that category. Finally, A November 2018 rumor from The Wall Street Journal said Samsung will make a Verizon-exclusive 5G Galaxy S10 in 2019. Sprint and AT&T have also said they will carry a Samsung 5G phone.

The most obvious standout specification for the Galaxy S10 X will be 5G connectivity, but don’t think the rest of the spec will suffer because of it — it’s rumored to be a monster. Expect the S10 X to have a 6.7-inch Super AMOLED screen, a quad-lens camera on the back and dual lenses on the front, a 5,000mAh battery, 10GB of RAM, and up to 1TB of internal storage space. The inclusion of Qualcomm’s Snapdragon 855 processor is also highly likely.

Sounds very impressive, and the same source speaking to ETNews adds we should look out for new artificial intelligence features too, which will let the phone adapt to our way of using it. Previously, the camera specification of four rear lenses and two front lenses was put forward by a source speaking to The Wall Street Journal. There was no information on what the camera would do, outside of producing, “Richer photos and better spatial perception.”

What will the Galaxy S10 X 5G phone look like? We haven’t seen a final version yet. The prototype seen here may offer some clues, and we expect it to be close to the style of the standard Galaxy S10, only larger.

We’ll keep you updated with news and rumors about the 5G Galaxy S10 — which may be called the Galaxy S10 X — right here.