HomeNewsNew year, new leaks: OnePlus 7 shows up without a notch or...
News

New year, new leaks: OnePlus 7 shows up without a notch or hole punch 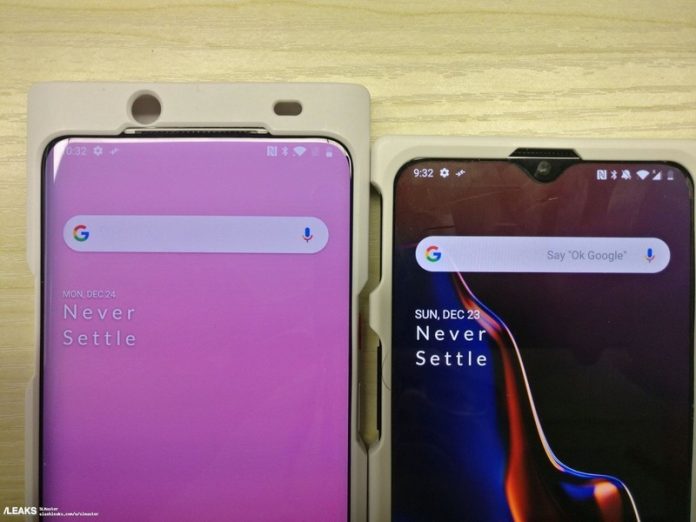 No notch, no punch, and no big bezels in sight begs the question: where the heck is the OnePlus 7’s front camera?

The OnePlus 6T has been out for three months and we’re three or four months from the release of the next OnePlus flagship, the OnePlus 7, and so it’s time to call a plumber: it’s leak season. There’s not a whole lot we know about what features the 7 will have — though we’ve made quite the wish list of what we want it to have — but we do know that the OnePlus 7 will not be OnePlus’s first 5G headset, as OnePlus officials have announced that honor will go to a third device released in 2019 with the usual OnePlus 7 and OnePlus 7T.

The OnePlus 7 will need something else to draw the eyes of consumers, and if this new image /LEAKS found is legitimate, it certainly has my attention. 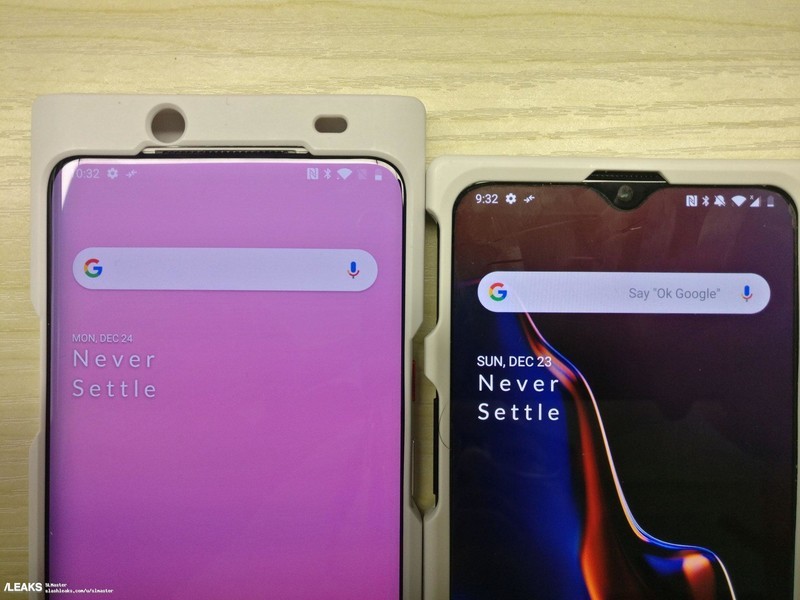 This image allegedly shows the top section of the OnePlus 7 alongside its predecessor the OnePlus 6T, with only the screen visible as tan cases obscure the edges of the phone outside the holes for various ports and sensors. There’s a lot to unpack in this image, and the first one you may notice is that there is no notch, no hole punch, no obstruction or intrusion into the screen of any kind. There’s a larger grill above that beautiful, unblemished screen than the one over the 6T, but if you look at those ugly tan cases hiding the possible prototype’s frame, you’ll notice something odd about the top of the OnePlus 7.

The case on the 6T stops almost immediately after the top speaker bracket, marking the top of the phone and the edge of the device, but the case on the OnePlus 7 extends a fair distance higher. You can see a gap between the top of the frame and the top of the case through the large circular port that looks an awful lot like a camera port, and sitting over to the right is another pill-shaped hole about the size of a notification LED and ambient light sensor. 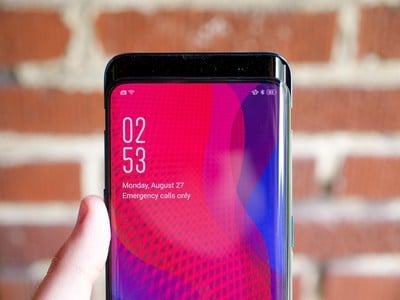 Given that we can see the frame through the camera hole, it’s possible that OnePlus will use a slider for the front cameras and light/iris sensors like the Oppo Find X did last year. Such a configuration could avoid unsightly notches and even uglier, light bleed-prone hold punches, but it could also make features such as Face Unlock and Adaptive brightness. The sliding camera could also be a benefit to privacy-minded users, as the camera would be covered up most of the time you’re using the phone.

If the OnePlus 7 does go the slider route, I can only hope that OnePlus skips the motorized approach and goes with a manual slider. There’s such an intense tactile satisfaction when clicking out a manual slider, and even six years later I still remember how gratifying it felt to slide the keyboard on my Samsung Captivate Glide in and out. It complicates the hunt for accessories, sure, but motors break down and motors can be slow.

Or this could be completely fake. It’s too early to really tell, but it’s certainly enough to get the gears going in my mechanical imagination.