Home News Twitter for iOS now allows you to only see the latest tweets...
News 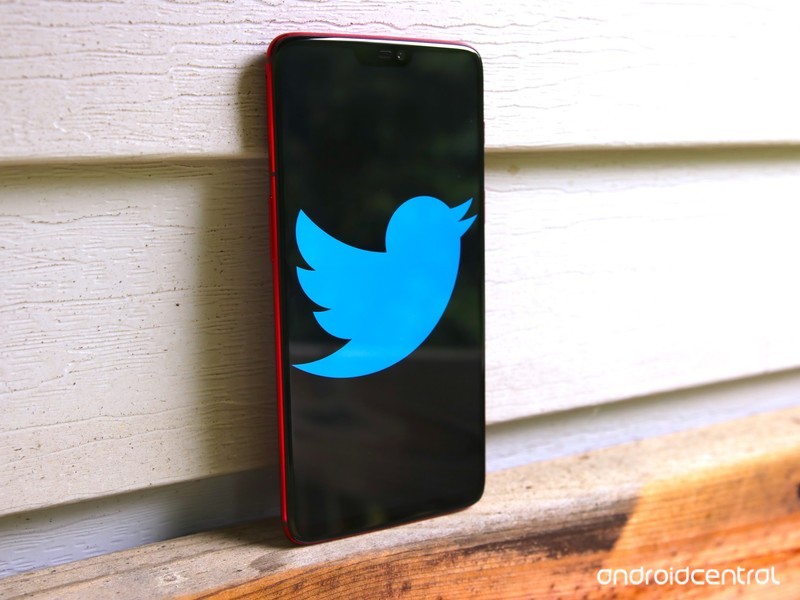 All the way back in 2006, a little website by the name of Twitter was created. This July marks the 12-year anniversary of the social network, and since then, Twitter’s become one of the most popular apps/sites around.

Over the years, Twitter’s become the go-to place to learn about current events, new movie trailers, fresh memes, and to scream about politics with random people online.

Whatever you use Twitter for, here’s everything you need to know about it.

December 19, 2018 — You can now switch between seeing your top and latest tweets on Twitter (if you’re using iOS)

Three months ago, Twitter gave users the option to prioritize new tweets over ones the app thought was relevant to them. This didn’t completely remove Twitter’s curation process, but it was still a step in the right direction.

New on iOS! Starting today, you can tap ✨ to switch between the latest and top Tweets in your timeline. Coming soon to Android. pic.twitter.com/6B9OQG391S

Now, as promised before, Twitter has a new feature that allows you to change your timeline so you can switch back and forth from seeing the latest tweets as they happen and viewing the top tweets Twitter thinks you’ll be the most interested in.

The feature is available for iOS right now, but of course, Twitter simply says that it’s “coming soon” to Android.

There’s currently no ETA as to when Android users will be able to share in on the fun, but we’ll update this news roll accordingly when that happens.

September 18, 2018 — Twitter now allows you to only see tweets in reverse chronological order

There are a few things Twitter users have been asking the service to address for years. We’re still no closer to editable Tweets, but the company is fixing a pain point that we’ve been clamoring about for what seems like forever — the way we see posts in our timeline.

Starting today, when you disable the “Show the best Tweets first” setting in the Twitter app, you’ll only see Tweets from people you follow in reverse chronological order. Prior to this change, turning this setting off would still show you the “In case you missed it” section of Tweets that broke up the chronological flow.

In the coming weeks, Twitter also says it’ll introduce a feature that allows you to switch back and forth between two tabs on your timeline — one for the latest Tweets and another for what it thinks are most relevant to you. After testing it out for a few weeks, Twitter decided to flip the switch and officially roll out the bottom navigation bar to all of its Android app users.

While the four main pages are the same, you’ll now find tabs for Home, Explore, Notifications, and Messages at the very bottom of the app rather than the top. Along with this change, Twitter’s also annoyingly removed the swipe gesture to go from page-to-page.

Lastly, Twitter’s made it easier to switch back and forth between All and Mentions in the Notifications tab. 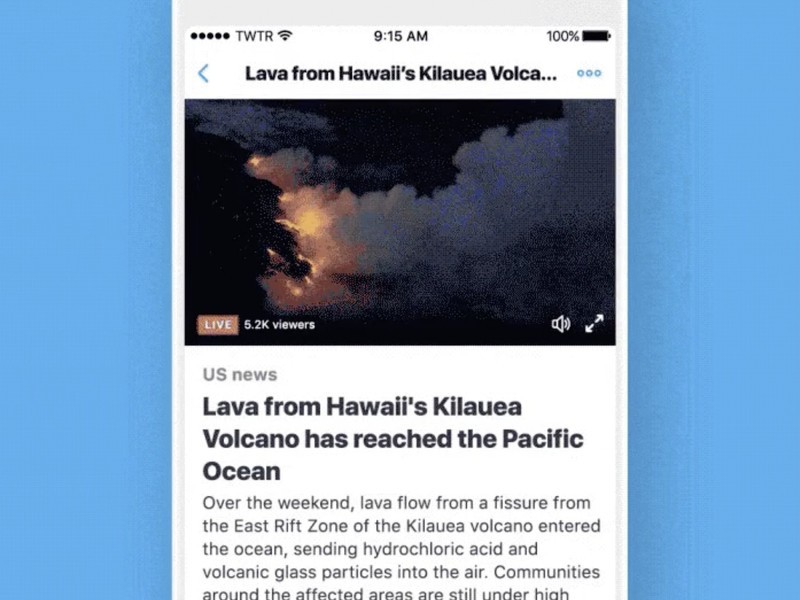 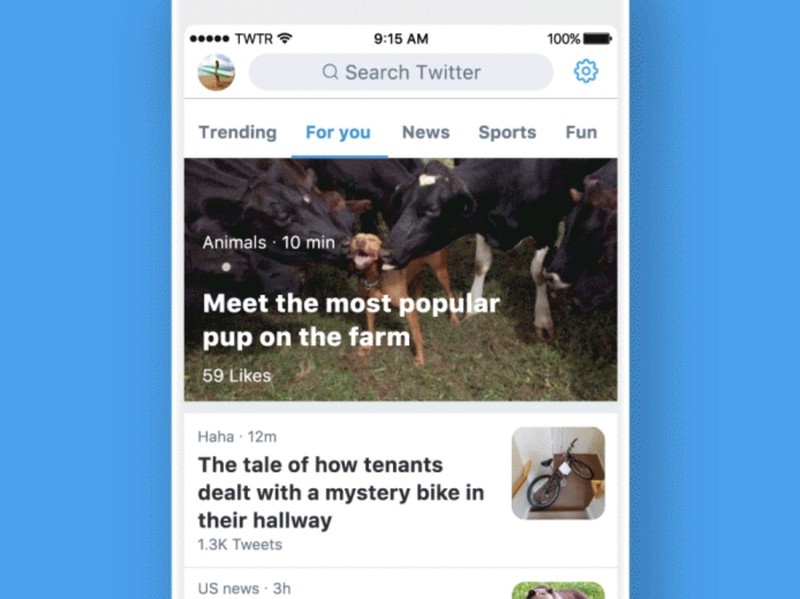 Twitter’s always sort of been an unofficial way to get caught up with the latest news, but thanks to a few new features coming soon, finding the latest stories/current events will feel a lot more natural and fleshed-out.

If something particularly big is happening, you’ll see a card for it at the top of the Home page. When you tap on a story from here or the revamped Explore page, you’ll see a brief bit of text outlining what’s happening, a live video if there’s on to accompany it, and tweets that can be filtered by Recap and Latest.

Along with all this, Twitter will also begin to send out push notifications to users if there’s a story the app thinks you’d be interested in.

May 16, 2018 — Third-party apps are in trouble thanks to Twitter’s API changes

While the main Twitter app has become much more enjoyable to use over the years, it used to be a steaming pile of hot garbage. Thankfully, developers came to the rescue with third-party clients/apps that delivered all your Twitter needs in much prettier and more powerful manners.

Unfortunately, on May 16, Twitter threw a big middle finger to third-party developers by making drastic changes to the way its API is handled. Rene created an excellent explainer for all of this, but essentially, Twitter’s now charging people outrageous amounts of cash in order to keep some features of third-party apps active while completely killing off others.

Home, Explore, Notifications, and Messages are the four main pages 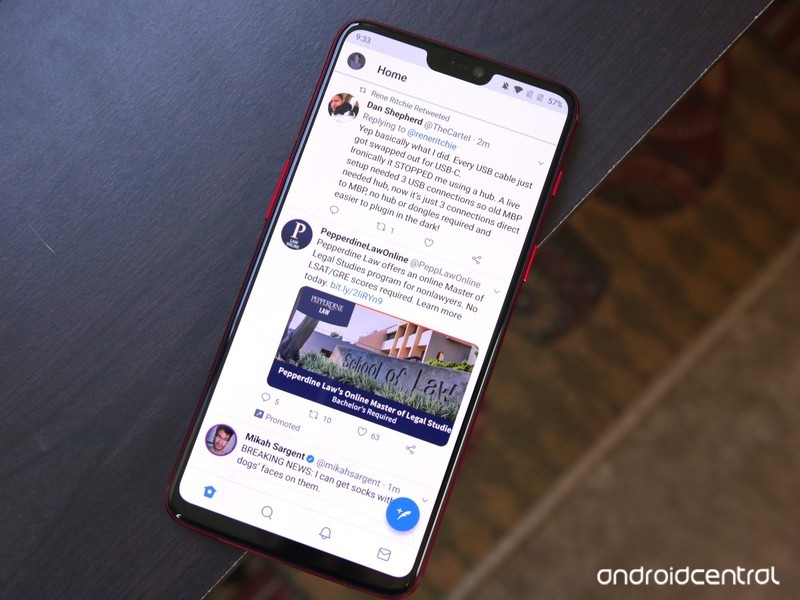 In the Twitter app, you’ll be met with four main icons at the bottom to make your way around everything. They include:

Tweets can be a max of 280 characters For the vast majority of its lifespan, one of the main draws to Twitter was its restricting limit of only being able to use 140 characters per tweet. However, in November 2017, Twitter made a pretty controversial decision to double it to 280 characters for all users after testing it with small groups.

If you have a particularly big rant to go on and need more than 280 characters to get all your thoughts out, you can tap a small + icon to quickly add another tweet to your thread and then send multiple tweets out at once in an uninterrupted stream.

All hail the built-in dark mode 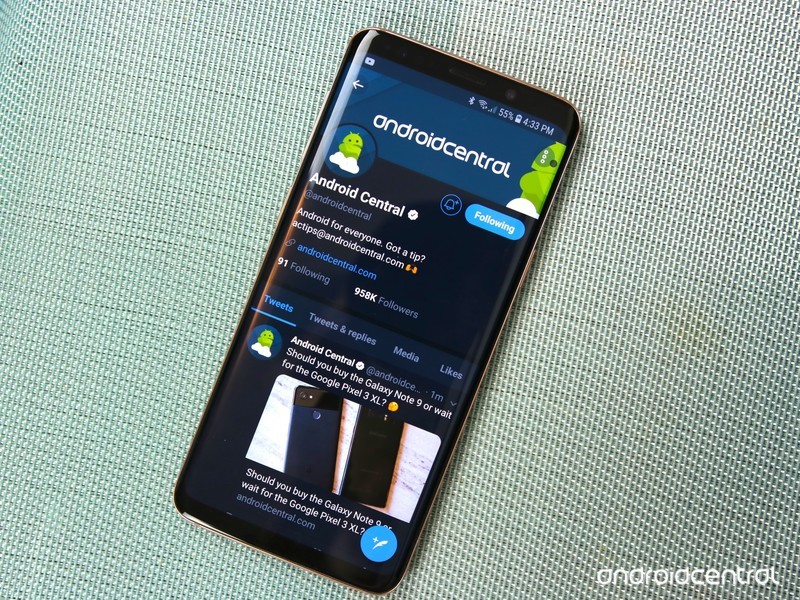 Even though Google still can’t get its head around a system-wide dark mode for Android, the Twitter app has had one for years.

You can manually enable it by tapping the moon icon on the hamburger menu, or have it turn on and off automatically in accordance with the sunset and sunrise.

If you want to configure these settings, tap your profile icon near the top right and go to Settings and privacy -> Display and sound -> Night mode.

How to enable dark mode in the Twitter app for Android

Bookmarks is the best feature you’re not using This past February, Twitter added a new feature called “Bookmarks.” It’s technically not a huge addition, but it’s one that’s proven to be extremely useful in day-to-day use.

I like just about every tweet that makes me chuckle or I find interesting, and while I’m more than happy to throw those virtual hearts around, this does make it extremely difficult to go back and find a specific tweet later on.

With bookmarks, you can add tweets to a separate page that only you can see so you can go back and view them at a later time.

How to use Bookmarks in the Twitter app for Android

It never hurts to make your account more secure

Whether there’s a data breach or you just think it’s time to beef up the security for your account, resetting your Twitter password is fairly simple.

Once you’ve got a new password created, you may also want to think about enabling two-factor authentication for your account. This requires you to enter a unique code each time you log in from a new device, and with Twitter, you have the option of getting this code texted to you or through an app like Google Authenticator.

A Lite version of the app is available for developing countries 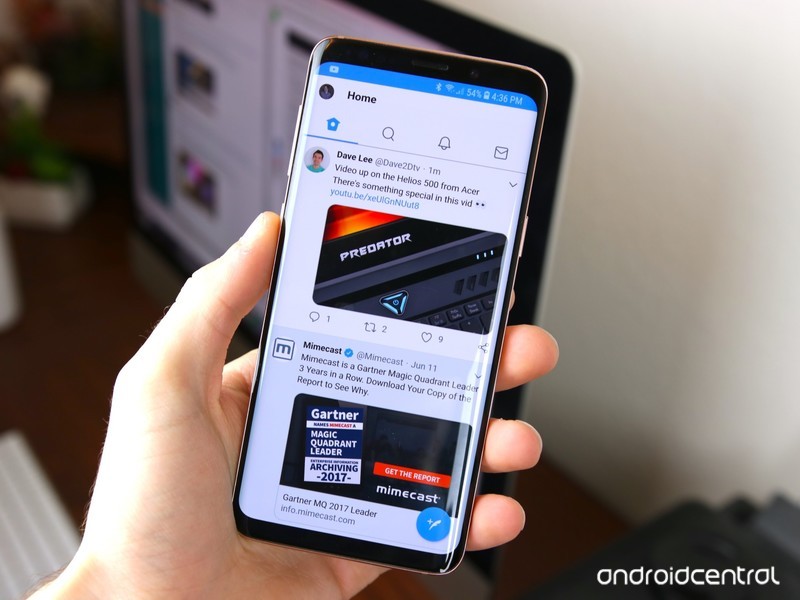 If you live in a developing market and/or have a phone that has struggles handling the full-fledged Twitter app, you can download a slimmed-down version called Twitter Lite that aims to offer the core Twitter experience while trimming down some of the unnecessary fat.

All of the main Twitter features are included with Twitter Lite, such as your timeline, profile pages, direct messaging, and even the Explore page. On top of that, there’s also a Data Saver tool to help you use even less data.

Twitter Lite should work well on even 2G and 3G networks and the app weighs in at just 810KB.

As it currently stands, Twitter Lite is available in:

The new e-cigarettes are not only on the breakthrough since the last decade, but always offer new technologies. There are now a number...
Read more
News

The Microsoft Surface 3 is only $800 right now at Amazon. You save $200 on the usual price.
Read more
News

The new e-cigarettes are not only on the breakthrough since the last decade, but always offer new technologies. There are now a number...
Read more

The Microsoft Surface 3 is only $800 right now at Amazon. You save $200 on the usual price.
Read more

Apple MacBook Air, MacBook Pro in the sale bin at Amazon — save up to $250