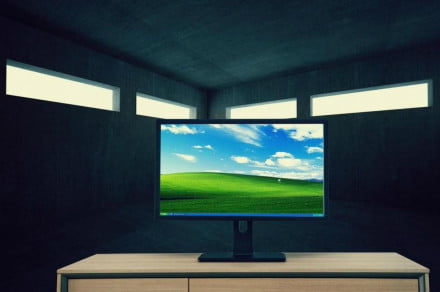 Valve’s Steam Store has come a long way since it first debuted in 2003, adding support for a number of operating systems over the years. Some have fallen at the wayside though and starting on Tuesday, January 1, Windows XP and Windows Vista will join that list. After that date, the client will not run on those operating systems, forcing anyone still using them to upgrade or face not being able to play their favorite games anymore.

Although backward compatibility and legacy support are hallmarks of the PC platform, there are a number of good reasons for removing support for aging operating systems. Security is a major concern, but compatibility is an issue, too. Older platforms can hold back features and enhancements that could otherwise be enjoyed by modern PC users.

So, starting on the first of the first 2019, Steam will no longer support XP and Vista. Its reasons are much the same: security and features. Valve explained earlier in 2018 that the new version of Steam relied on advanced Chrome features which are not possible in older operating systems than Windows 7. It would also leverage security improvements found only in more modern operating systems moving forward.

Valve joins a near-exhaustive list of platform providers and game developers which have moved on from the aging operating systems. Blizzard ended its support for XP in 2017 after more than a year of quiet, background support following its original official axing of the platforms the year before. Microsoft ended extended support for XP and Vista in 2014 and 2017, respectively, making them completely vulnerable to a variety of malicious software attacks.

Fortunately, the number of people using these platforms continues to fall. The latest Steam Hardware Survey reports that just 0.11 percent of gamers still run Steam on Windows XP 32 bit. Windows Vista has so little use that it isn’t even noted. NetMarketShare highlights that there are still a lot of XP users in the wider PC community though. More than 4.1 percent of all PC users still run Windows XP — that’s only a little behind Windows 8.1. Windows 7 and 10 enjoy the largest user bases with 41.41 and 35.85 percent, respectively.

Although some will shed a tear at Windows Vista and XP passing further into gaming history, there are very good reasons to upgrade beyond those aged and outdated platforms. We’d certainly recommend it.

If you just want your OS to look like Windows XP, though, you can always tweak Windows 10 to look just like it.

Forget complicated home theaters and get one of these soundbars

The best soundbars have come a long way in the last few years. While full-sized speakers will still sound better
Read more
News

Buying refurbished is always a smart way to score a discount, and BackMarket is full of refurbished tech in excellent
Read more

Forget complicated home theaters and get one of these soundbars

Buying refurbished is always a smart way to score a discount, and BackMarket is full of refurbished tech in excellent
Read more

Tactical shooter Onward is now available on the Oculus Quest

Oculus Quest is Facebook's last piece of hardware in its first generation of VR devices. It has six degrees of
Read more