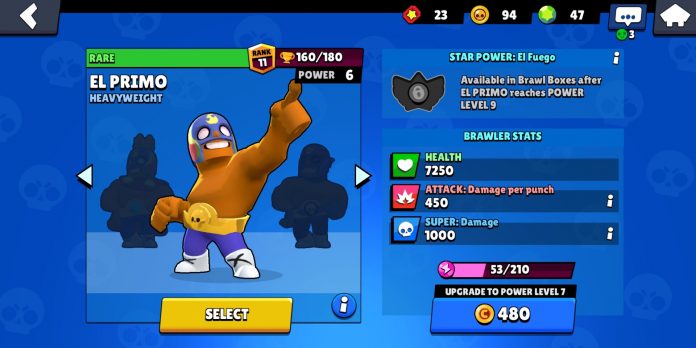 A year and a half after soft launching, Supercell’s latest action-packed title Brawl Stars has been released globally. With all of the in-game advertising in Supercell’s other hit games Clash of Clans and Clash Royale, Brawl Stars is destined to be a hit.

But is it worth your time? Keeping reading for the full Brawl Stars review.

Brawl Stars is Supercell’s first new game in more than two years, and it’s a significant departure from the two Clash games that the company is best known for. This title trades the goofy barbarians, giants, and skeletons for a colorful cast of characters, called Brawlers. 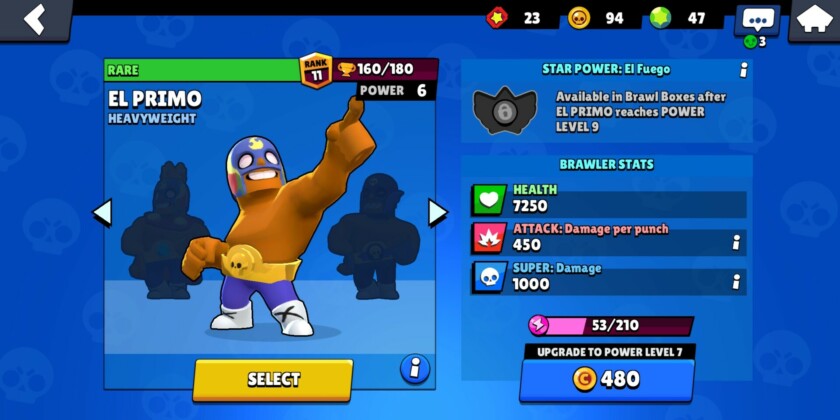 There are gun-wielding humans, a lucha libre wrestler, robots, ninjas, and even a cactus. In total there are currently 22 characters to unlock, each with a unique basic and special attack. Character designs are great, as are the animations and voice acting.

To unlock new Brawlers, you’ll need to either open Brawl Boxes and Big Boxes through gameplay or purchase them for real money in the store. Your chances to unlock a new Brawler increase the longer you go without finding one, but it will still take months (or years) to unlock all of them.

Regardless of the grind, Brawl Stars looks and sounds amazing. The cell-shaded top-down graphics feature a level of polish a step above any of Supercell’s previous games, which is really saying something at this point.

Looking to pad your collection of trophies? Check out these Brawl Stars tips and tricks

It’s difficult to pin Brawl Stars to a specific genre, but it’s a mix of MOBA and quick-action hero shooter, with a dash of battle royale for good measure (it’s 2018, after all). That’s a lot to take in, but if anyone can pull off an ambitious new style of mobile game, it’s Supercell, right?

The first game mode (or Event) you’ll find yourself in is Gem Grab, where two teams of three try to collect 10 gems and hold onto them without dying until the countdown expires. There are several other 3v3 Events, like the deathmatch-style Bounty and the base-defense-esque Heist. There’s even a soccer mode called Brawl Ball that was added to the game just prior to release. 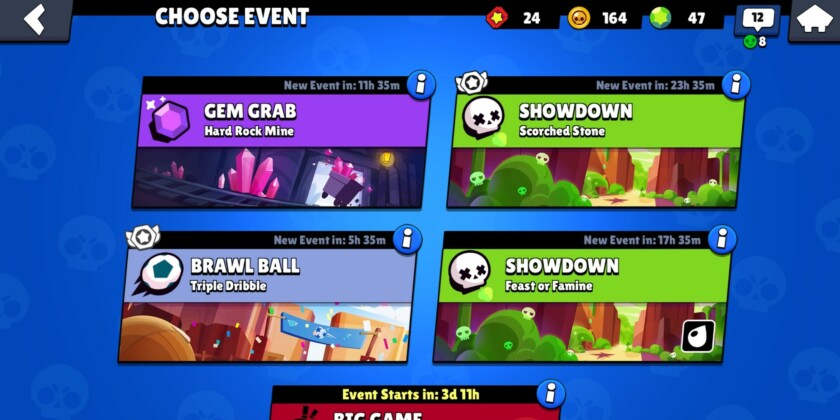 These Events rotate, with normal Events changing every 24 hours and special ticketed Events rotating once a week. If you’re like me and prefer certain Events over others, this can be a drag. Often there are two battle royale Events going on at once, which is a signal for me to set the game down for a day and wait for greener pastures.

Another issue is that not all Brawlers work in every Event. If your favorite Brawler is the healer Poco, the battle royale mode (Showdown) is off limits. You’ll have an equally bad time if you try to take a short range Brawler into any wide open map. Considering you have to spend Coins to upgrade Brawlers, being forced to switch things up adds to the grind rather than the variety.

Getting around the arena

In each match you move your character around using the left joystick (or by tapping on the screen, if that’s your thing), and shoot by dragging the right joystick in any direction and releasing. You have limited ammo, which replenishes at different speeds depending on which character you’re using. As you land shots, your super meter fills up, and can be executed by dragging yet another joystick and releasing. 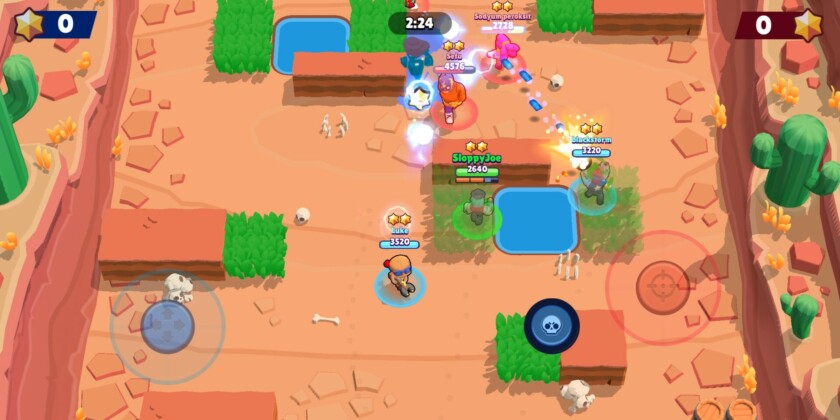 The year 2018 has come and gone. However, it left us with a ton of excellent products to play with. We already did our best Android phones of the year. Now, it’s time to do …

Movement and shooting are pretty smooth for mobile, but don’t expect anywhere near the precision of console or PC action games. Movement feels loose, so making tight turns around corners or even coming to a complete stop in the right spot is tough. This isn’t news for anyone who has played similar mobile action games, but it can be frustrating for the uninitiated.

While gameplay is fun, it’s leaning much further toward the casual side of gaming than Clash Royale. Considering Supercell wants to bill this as another mobile esport title, it doesn’t quite seem to fit. Sure, there’s plenty of skill involved, much more than their other competitive title Clash Royale, but it feels and looks like a really well-polished casual game, which might make it a hard sell as an esport.

How deep are your pockets?

Supercell is known for monetizing its games pretty heavily, and Brawl Stars is no exception. The game features no less than six currencies and collectibles: Gems, Coins, Tokens, Star Tokens, Tickets, and Power Points. The premium currency is Gems, which are available through in-game purchases.

Brawl Stars isn’t outright hostile to f2p players, but it doesn’t cater to them, either 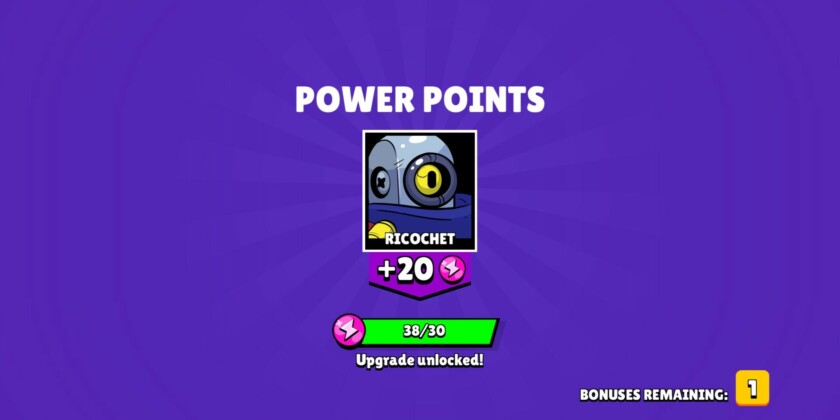 On top of this, you can also purchases skins for the Brawlers you’ve unlocked. This is how most competitive multiplayer games on PC monetize (Dota, League of Legends, Overwatch), but at the moment they feel like an afterthought. There’s a lot of potential for cool skins, but why would you buy them instead of directly increasing your Brawler’s strength in-game?

At some point, the game even featured advertisements to increase your rewards after each match. This was removed a few months before the global launch, but it shows the kind of shotgun approach to monetization Supercell has gone for with Brawl Stars.

Brawl Stars is certainly one of the most graphically polished games available on mobile devices, but there are a few issues with its ranking system that make the experience less than positive for new players.

We all know that free Android games aren’t always free these days, but many of them are very close if you have a little patience. Most Freemium bottlenecks occur when players get impatient and waiting …

I’m not talking about your reliance on teammates in Brawl Stars’ 3v3 Events (but you should avoid playing with randoms, trust me). I’m talking about the system of ranking that Supercell has chosen to implement.

In matchmaking, only the number of trophies you have with your currently selected Brawler matter after collecting 100 total trophies. This means that players who are just starting out can be matched with veterans who just unlocked a new legendary Brawler. The problem is exacerbated by the fact that the range for matchmaking appears to be plus or minus 200 trophies, starting at 0 trophies. 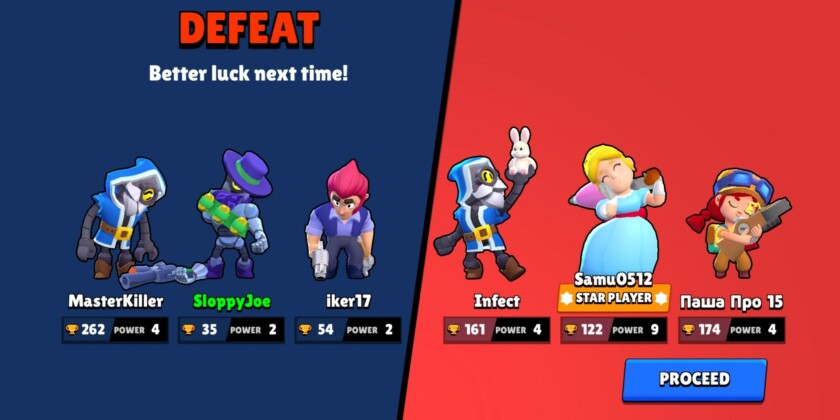 In the game above I was matched against a player with the sharpshooting Piper unlocked and upgraded to Power Level 9. I spent the duration of the match getting one-shot from off screen. Hilarious? Kinda. Fun? Not at all.

On many other occasions I faced off against teams of players with trophy totals no less than 10 times that of myself and my teammates, playing other Brawlers I didn’t have access to and at much higher Power Levels than even my strongest Brawlers.

Most Supercell games hit their stride a few months after release, but at the moment many matches feel downright hopeless. If Supercell hopes to make this a competitive esport, this will need to be addressed in subsequent updates.

At the end of the day, Brawl Stars appears to have everything it needs to be a hit. However, more than a year and a half after soft launching, it’s still missing a few key ingredients.

First of all, it’s missing a clear identity. The variety of Events attempts to keep things interesting, but ultimately just dilutes the experience. None of the Events feel perfect, and all of them turn into a grind after a few dozen matches.

The other major issue is that matchmaking is broken. I know this is a common complaint for new players, but I ended up grinding to over 1,000 trophies before writing this Brawl Stars review and saw no improvements. Nevermind the absolute necessity of teaming up with friends in a competitive mobile title that you should be able to pick up and play in short bursts.

I’m sure Supercell will make Brawl Stars into a much more balanced and focused game than it is today in the coming months. Until then, I’ll be getting my mobile gaming fix elsewhere.

That’s all for our Brawl Stars review. Click on the link below to download the game from the Google Play Store. What do you think of Supercell’s latest game? Let us know in the comments!