Sharp doubles down on the notch trend with Aquos R2 Compact 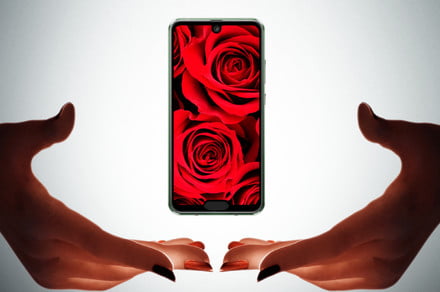 Sharp revealed its newest smartphone, the Aquos R2 Compact, which sports a dual-notch design. This may be the first smartphone we’ve seen sporting two notches. There’s a teardrop notch at the top for the front-facing camera, much like the OnePlus 6T and the Essential Phone before it. However, Sharp has also decided to carve a notch out of the bottom of the display to accommodate a fingerprint sensor.

It’s an easy-to-handle package, with a 5.2-inch LCD screen that has a resolution of 2,280 x 1,080 pixels and a 19:9 aspect ratio. There’s a Snapdragon 845 processor, 4GB of RAM, and 64GB of storage inside with room for expansion via a MicroSD card slot. There’s also a 22.6-megapixel main camera and that teardrop notch houses an 8-megapixel front-facing camera. It should have decent stamina with a 2,500mAh battery inside and there’s fast charging support via the USB-C port.

The new smartphone will run Android 9.0 Pie, but it’s not due to go on sale in Japan until next January. We don’t know what the price will be, but you can keep an eye on Sharp’s website the latest.

Sharp heralded its intention to get back into the smartphone market with a trio of new smartphones at IFA back in August, but so far it looks unlikely that they will get a U.S. release. The same goes for the Aquos R2 Compact, which is a shame since there’s a real dearth of small smartphones on the market and Sony doesn’t look likely to release a Compact version of the Xperia XZ3 this year.

Sharp’s decision to retain a fingerprint sensor on the front and carve the bottom notch out of the display to make room for it is a strange one, especially since some of its other Aquos phones have moved the fingerprint sensor onto the back like most other manufacturers.

While we watched in horror as Android smartphone makers embraced the notch, we have gotten used to them. Although, we’re still not on board with the deep notch in the Pixel 3 XL. Notches are obviously here to stay, but that doesn’t mean we want more of them. Thankfully, Google has already mandated that two display cutouts is the limit, so fears that Sharp will precipitate an escalating notch war are unnecessary.