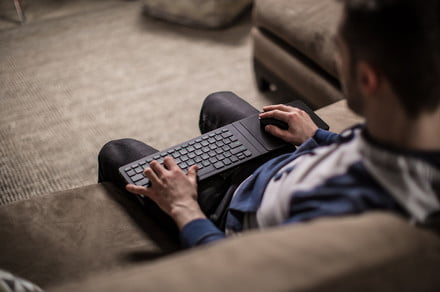 Microsoft and Razer may be partnering to bring mouse and keyboard support to the Xbox One, Windows Central reports. If implemented, it wouldn’t be quite the same as a PC or laptop, as only a single keyboard would be supported and only a select number of buttons on a mouse. While mouse and keyboard support could bring about new gameplay possibilities on console though, it may raise further questions over fairness.

Microsoft has promised keyboard and mouse support on its Xbox platform for years, but has only really delivered in Minecraft. Meanwhile, third-party hardware has made it possible to use a keyboard and mouse unofficially for some time, but recently as competitive games have become more adopted by mainstream gaming, their use has been controversial. Mice and keyboards tend to offer far greater control and accuracy in certain game types, most notably shooters and strategy games. Official support from Microsoft for such input options is exciting, but it does have the potential to raise the ire of those who feel themselves cheated by their opponents having better hardware.

Still, it’s not like keyboard and mice gamers on the Xbox One would have free reign. As the documents obtained by WindowsCentral state, game developers who want to support mice and keyboards would be mandated on supporting gamepads, too. Any mouse used would only be supported up to five buttons, as well as wheel movement. Most Windows-compatible mice would be supported, including wireless mice with dongles — though those with custom drivers may not be supported.

Microsoft also highlights that developers could detect which input option was being used by the gamer, thereby allowing them to make it so that keyboard and mice gamers play together, rather than mix and matching. That is something that Microsoft’s slides “highly suggest” that developers do, though it also encourages tracking how keyboard and mice and gamepad gamers fare against one another.

Since making a competitive game is so reliant on an active player base, developers may not be so interested in splitting their communities along those lines, but it would no doubt very much depend on the developer’s sensibilities and the size and scope of their game.

Implementing keyboard and mouse support at all may cause some consternation among console gamers, due to the inherent improvement in accuracy a mouse offers. As Microsoft has previously stated, it leaves it up to developers to use APIs to detect third-party hardware that allows that sort of input, if they so choose. That is something that some developers, like Bluehole, have already taken it up on.

While no announcement has been made about the official implementation of such support, The Verge confirmed with its sources that keyboard and mouse support on the Xbox One is in the works. When combined with better tracking of who is using controllers, it may lead to a fairer gaming landscape and new genre options for console gamers.